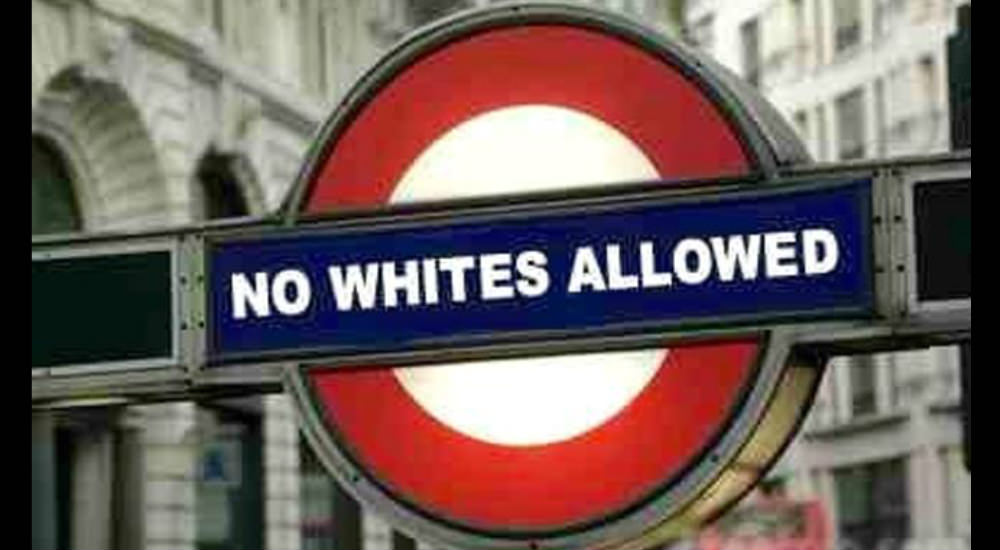 Turn a page in a newspaper, change the channel on your television, open an Email, visit a college or university campus, attend a democrat gathering, and there is a good chance you will read, see or hear something about white privilege, white supremacy, white imperialism, white racism, and old white men in positions of power.

Over the past decade, a new dynamic has emerged. The Caucasian race has been reduced in status and subjected to criticism and ridicule and usually blamed for most of the transgressions and ills that have one way or another plagued the entire planet. This is being used by the Left in all its ugly manifestations in politics, the media, and Hollywood.

If one were to set aside partisan and ideological bias and sit down and analyze this intolerant construct, I believe you will find the Left is intentionally employing race to subjugate white people they see as obstacles to their agenda and future plans and relegate whites to obscurity and eventually the trash heap of history. In the Left’s mind, America is not big enough for the Caucasian race, and a diversified and multicultural nation of people of color, where white is passé and unacceptable.

So what is next, what will these self-righteous and bigoted arbiters judge and ordain as unacceptable? Will their aversion to whiteness extend beyond skin color? What will they do about clouds, fluorescent light, doctors and nurses uniforms, and paper; will people whose hair turns white whether because of age or do to prematurity have to darken their locks with dye? Yes, it sounds ridiculous, but who knows what insanity lies in the minds of the unhinged and delusional Left.

The fact that it was white men that laid the foundation of this great nation, and brought modernity to the world through invention and innovation, apparently means very little to radicals. So what can white people due to quell this rampant bigotry that seeks to deny fellow Americans their right to live in peace with dignity and respect, and free from the incessant, intolerant, and unappreciative ravings of unrestrained ignorance?

Cultural Appropriation is the term that has come about over the last several years; it is used to criticize and accuse members of one race or ethnicity that appropriates the product, whatever forms it may take, of another race or ethnicity. As an example, a singer of one race performs, and he or she out of appreciation and respect will emulate the style of a singer of another race. Although the rational among us would consider this to be the highest form of flattery, in today’s America it’s considered a form of stealing, not illegal, from one race by another. In keeping with the premise of this article, usually the criticism and fuss in just about all cases have been directed at white people; so let’s add white cultural appropriation to the above list.

So what are white people to do about this dilemma? I believe we should issue an ultimatum to these anti-white bigots, cease and desist your aggressive and ignorant rhetoric, or we the descendants of Western Civilization will demand that you refrain from appropriating and using all the modern conveniences that the West and its descendants have introduced over the centuries for the betterment of mankind. And we will start with electricity, and go forth from there. Yes, I know, this also sounds ridiculous, but it just might make some of these leftist numbskulls think, and come to realize the error of their ways.