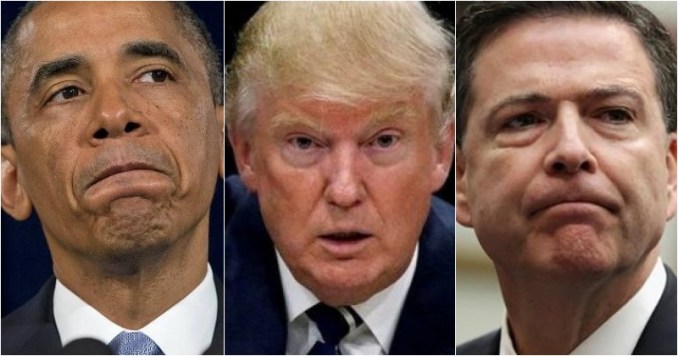 Representative Devin Nunes’s bold and brave revelations vindicate President Trump’s claims over a week ago that he had been placed under surveillance by President Obama. Those claims, which are being widely disputed by liberal media outlets and members of the Democratic party, are now reinforced by direct evidence provided by the House Intelligence Chair himself!

Nunes said that while there was no direct “wiretap” by President Barack Obama of Trump Tower, there was indeed surveillance — perhaps collected incidentally — of people close to Trump, possibly including Trump himself. Nunez added that the new information had come to light after Monday’s hearing with FBI Director James Comey, when the congressman had appealed to anyone with new information to come forward. He said the new revelations had been “legally brought to me by sources who thought that we should know it.”

“I have seen intelligence reports that clearly show that the president-elect and his team were, I guess, at least monitored,” the California Republican told reporters. “It looks to me like it was all legally collected, but it was essentially a lot of information on the president-elect and his transition team and what they were doing.” He said the information he had seen was not related to the FBI’s Russia investigation.