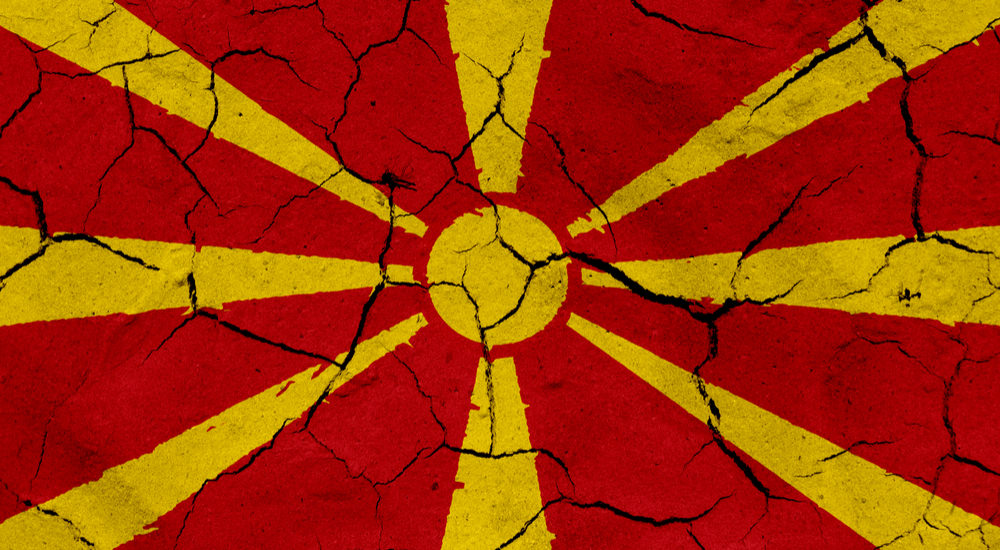 Recently, Hillary Clinton, in her ‘Whine and Blame Everyone Else Tour’ has called-out the tiny country of Macedonia as part of the reason for her presidential ‘smackdown.’ While Hillary channels Saul Alinski and ‘Lucifer’ for her inspirational babel on this tour, she postulates fragmented conspiratorial narratives that only she and her most ardent devotees could swallow. In fact, it would be quite comical if it wasn’t so schizophrenic and pathetic. One has to wonder, though, why would she point the finger of blame at such a small country such as Macedonia? Well, there is a reason, and Hillary would have been better-off leaving Macedonia out of the mix.

Macedonia is a small country of about 2 million people located in southeastern Europe. It is poised in the midst of Greece, Albania, Kosovo, Serbia, and Bulgaria. Macedonia also has a conservative, center-right government with the lowest tax rate (flat tax) in all of Europe. Its government is also pro-Israel and pro-life. Of course, this kind of free-thinking, independence cannot be tolerated by fascist thinking liberals on the left, so, something had to be done in order to straighten-out these non-conformists; they must be coerced into thinking like leftists. What is also alarming to leftists is that Macedonia recently had an immigration crisis with 10,000 to 20,000 illegals crossing the Greece-Macedonian border on a daily basis. As a result, Macedonia built a fence along that border in order to crackdown on the illegal immigration. This most certainly didn’t sit well with leftist globalists who are desperately hell-bent on running everybody else’s lives.

In records obtained by Judicial Watch and released back in February 2017, it turns out that Barak Obama, Hillary Clinton, the United States Department of the State, United States Agency for International Development, and Jess L. Baily (U.S. Ambassador to Macedonia), have been quietly working behind the scenes to destabilize Macedonia’s democratically-elected conservative government. That’s right, they were interfering in another nation’s sacred election process to try and change the outcome of their election! Leftists can’t stand it when a nation actually wants a conservative government! So, to Obama and Clinton, Macedonia must be destabilized and coerced into something they don’t want.

American taxpayer dollars are reportedly being sent through the U.S. State Department and the U.S. Agency of International Development to various left-wing groups under the umbrella of the George Soros, Open Society Foundation. (note: the USAID is supposed to be a humanitarian agency). Current records indicate the U.S. government is slated to send at least $9.5 million more dollars between 2016 – 2021 in order to continue to destabilize Macedonia’s government. The actual amount is not yet known since a complete set of records has not currently been obtained. So, it is safe to say that this is an active ongoing project dedicated to overturning another nation’s democratically elected conservative government by a U.S. President (Barak Obama), his Secretary of State (Hillary Clinton), a U.S. Ambassador (Jess L. Baily), and (John F. Kerry?) at least two U.S. government agencies (USDS, USAID) in conjunction with an outside ‘foundation’ headed by a billionaire international terror organizer (George Soros).

(“I thought we used to call this kind of stuff, Imperialism”)

A Macedonian official has described the U.S. government-backed clandestine operations as dozens of well-funded leftist organizations unified with the goal of overthrowing the conservative Macedonian government. Government officials in Macedonia call these youth-led organizations, “Soros Infantry.” Some of the groups tactics include creating influential media outlets, organizing violent protest rallies, [and] translating and publishing Saul Alinski’s book, “Rules for Radicals.” As you probably know, Alinski’s book is basically a tactical manual for subversion through radicalized street protesting, and further, gives a nod to ‘Lucifer’ as the first radical.

There have been a number of violent protests in Macedonia recently, coordinated by groups affiliated with George Soros’ Open Society Foundation, and financed in part by American taxpayers. This not only has the blessings of Barak Obama and Hillary Clinton, they secretly orchestrated setting-up its creation. Protestors have been attacking lawmakers who recently installed a new cabinet in Macedonia, and are demanding new elections. Protestors have stormed parliament, bringing with them destruction and violence. That’s the way leftists operate worldwide; if they lose an election, they bring-on the destruction and violence. It is well planned and it is well funded. And in this case, it was secretly birthed by the Obama Administration and secretly funded, in part, (unwittingly) by American taxpayers.

Not only have Hillary and some Democrats on Capitol Hill been crying and wailing lately about Russian interference in losing the election; Hillary has added “hackers in Macedonia” to the mix. So, to hear Hillary Clinton throw Macedonia into the mix of ‘excuses’ for her losing the presidential election, you have to say – hey Hillary, what goes around comes around. But, by blaming “hackers in Macedonia,” Hillary may have opened a can of worms she was better-off not opening.

The ‘Macedonian subversion’ may turn into another American scandal (in addition to the developing “spy scandal”) that calls for the Obama Administration to be further investigated.