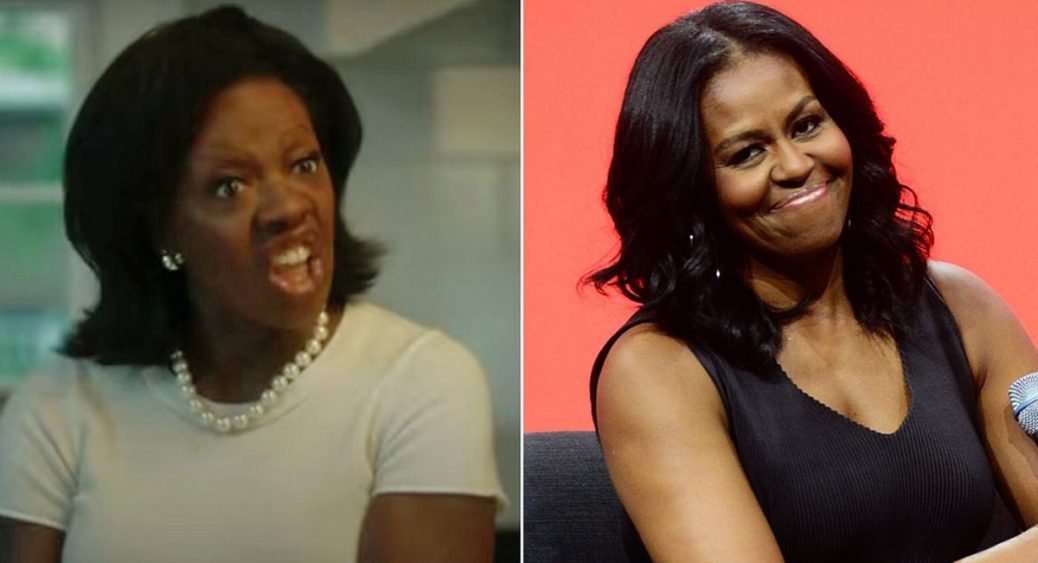 Showtime’s series about Michelle Obama, The First Lady, has been such a bust that it has been cancelled after a single season.

With no viewers and terrible reviews, the series starring Viola Davis is history.

Showtime made the announcement of the cancellation this week saying that the show “will not be moving forward with another season.”

The First Lady focused the wives of the presidents, with the plan to cover three administrations per season. The first season also starred Michelle Pfeiffer as Betty Ford and Gillian Anderson as Eleanor Roosevelt.

The show was the target of widespread negative reviews, with the New Yorker magazine calling it a “bad-wig costume drama” and Time magazine concluding that Davis and Anderson were “egregiously miscast.”

Many viewers also took issue with the Viola Davis’ decision to purse her lips in imitation of Michelle Obama, with some saying the affectation was exaggerated and distracting.

Davis responded by telling the BBC News that it is “incredibly hurtful when people say negative things about your work,” while also acknowledging that negative criticism is “occupational hazard” of acting.

“How do you move on from the hurt, from failure?” Davis said. “But you have to. Not everything is going to be an awards-worthy performance.”

Here is a example of the wonderful entertainment the few viewers who watched the show got to see:

Wow. Is that terrible or not?