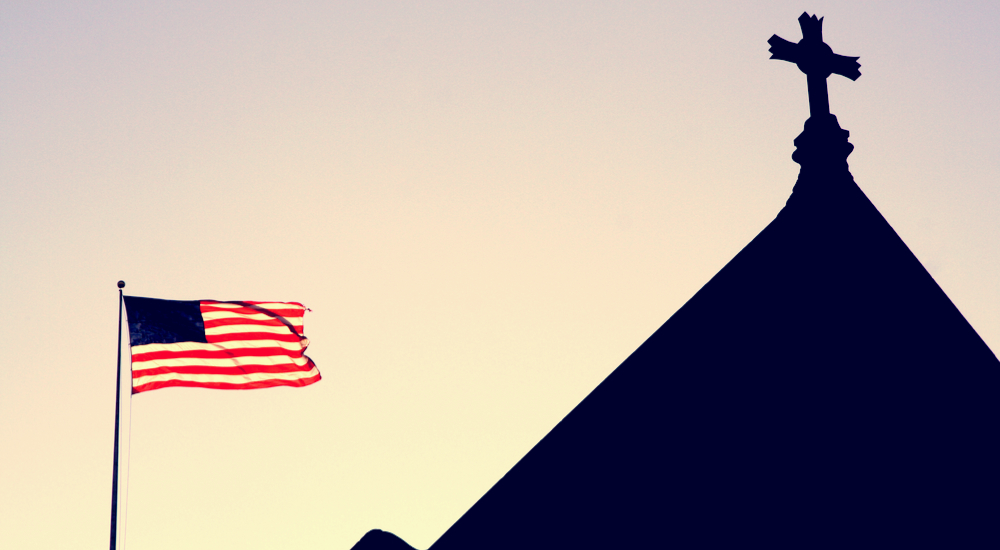 As we watch America spiraling down into oblivion we have to ask how this happened.  How did we let America be turned into a nation of people who demand that government take care of them instead of the nation of hard-working, independent and self-reliant people that founded this nation?

To answer this we have to look at what influenced the Founders and what influences today’s society.  Let’s begin with what influenced the Founders.  During the education years of the Founders, there was only one major influence in the lives of the Founders and that was the Pastors.  In the 1600s and early 1700s, the pastors were the most influential person in the community.  These pastors were more than simple people who gave a cute sermon on Sunday mornings.  They were the leaders of the community.  They were the teachers. They carried so much influence in the community that the British labeled them The Black Regiment for the color of the robes that they wore.1    These pastors did not beat around the bush with their interpretation of scripture.  They used the Bible for their foundation of morals.

These men were men of honor and integrity.  They preached that Christians should live in the fullness of God’s Word.  There were sermons on the deity of Christ, on Christmas, on Easter, but there were also sermons on other varied topics that you would not hear preached today such as sermons on bridges [architecture], earthquakes, taxes, elections, even executions.  Whatever was in the forefront of the people’s daily lives, the pastors would address it from a Biblical perspective.   They were always out front in the fight for freedom.  They helped write state constitutions, were the founders of most of our colleges and universities such as Yale, Harvard, Columbia [Kings College], Princeton, William and Mary, Dartmouth, and Rutgers University.  2

Church historian Charles Galloway regarded the pastors of the Founding era to be the pillars of the community.  He declared: Mighty men they were, of iron nerve and strong hand and unblanched cheek and heart of flame. God needed not reeds shaken by the wind, not men clothed in soft raiment [Matthew 11:7-8], but heroes of hardihood and lofty courage. . . . And such were the sons of the mighty who responded to the Divine call.3

Today’s pastors, for the most part,  do not have iron nerve nor a strong hand and unblanched cheek and their hearts are cold.  They stay as far away from politics as they can.  As proof of this in 2005, I assembled a meeting for pastors to help them understand the church’s proper role in the political arena.  I invited 200 pastors and had a sitting U.S. Congressman as the keynote speaker and a local State Senator also spoke.  Of the 200 pastors invited only one showed up.  Several lay people did attend but only one pastor.  In speaking with some pastors most has no problem with the way the government had regulated the church’s out of the political arena.  The pastors today covet the 501 (c) 3 more than they fear God.  Today’s pastors won’t preach against sin or even call sin a sin anymore.  I heard one very prominent TV preacher say that the “Worst thing a preacher can do is remind the people of their sin.”  He even fired his son for preaching from the Bible.

The pastors of the Founding era taught morality.  The morality found in the Bible.  They were the teachers that reminded the people that they were free people and that they were to resist any type of tyranny.   In 1676 Christian minister William Penn wrote the governing document for West Jersey and stated concerning the type of government that had been established:

We lay a foundation for after ages to understand their liberty . . . that they may not be brought in bondage but by their own consent, for we put the power in the people.4

The pastors today have no grounding in this type of teaching.  They stay away from anything that looks political including abortion and same-sex marriage issues.  They have come to believe that these issues are political and not just a moral issue.

Daniel Webster, the great Defender of the Constitution, stated his belief of the role that the pastors played in developing the representative type of government that has made America the greatest nation on earth:

[T]o the free and universal reading of the Bible in that time men were much indebted for right views of civil liberty.5

The Christian ministers of the late 1600s and early 1700s were not weak preachers that we see today.  They stood their ground under all conditions unrelenting in their fight for justice and resisting encroachments on the civil and religious liberties that they had helped secure.

As an example of their willingness to fight for the rights and liberties that they helped establish an instance arose where the crown appointed Governor Edmund Andros attempted to seize the charters of Rhode Island, Massachusetts, and Connecticut, revoke the representative government and force the establishment of the British  Anglican Church. Opposition to this attempt to revoke the freedoms and liberties they believed was the God ordained government they were to live by was led by the leaders of the church, the Revs. Samuel Willard, Increase Mather, and especially the Rev. John Wise.6

Reverend Wise was so instrumental in that opposition that he was imprisoned by Governor Andros.  Even then he refused to back away from his stand for freedom that, even while imprisoned, in 1710 and 1717 two documents declaring that democracy was God’s ordained government in both church and State.7  These documents gave a reason for historians to refer to Reverend Wise as ‘The Father of American Democracy”.8

Too many of today’s pastors preach a mamby pamby message and don’t have the guts to stand for anything.  After the Revolutionary War, the pastors stood strong on legal immigration.  Today we see pastors calling for amnesty for all those that have broken our laws and some even call for open borders.  No nation has been able to sustain an open border policy.  A prosperous nation is brought to its knees allowing that because the economy cannot sustain an unrestrained influx of people.  We are seeing that today.  We have refused to close our borders since the 1960s and now we have way too many people coming to enjoy the prosperity of America.  Most are coming illegally and we, the church, foolishly encourage it.

Our pastors used to fight for what is right, now they fight for what is popular.  Pastors used to teach godly morals and principles but now they sway to and fro with the winds of public opinion.  the Bible says in Ephesians 4:14  That we henceforth are no more children, tossed to and fro, and carried about with every wind of doctrine, by the sleight of men, and cunning craftiness, whereby they lie in wait to deceive.  The pastors of America have lost their zeal for the things of God.  Some never really had it to begin with.  We are allowing the government to tell us what we can and cannot do.  This is a sign of a church with no backbone.

Today’s kids are influenced by MTV and video games and soft to hard porn on TV.  They aren’t allowed to learn America’s real history but they can learn about islam.  When they get to college most of the professors are liberals that tear down America instead of teaching the great attributes of America that made her the greatest nation the world has ever seen.  Bibles are no longer allowed in schools so what influenced our Founders does not influence today’s generation.  Nothing of substance is put before the eyes of today’s youth.  They are not taught about patriotism, honor, morality or personal responsibility.  They are taught that they are victims instead of champions.  Our future is in the hands of uninformed, uneducated and irresponsible people who don’t know who they really are.  Ignorant of their real heritage and believing the lies of the liberal left.