Fort Sumter to Charlottesville: A letter from two Montgomery Blairs to two Presidents

On Friday, April 12, 1861, at 4:30 a.m., Confederate batteries opened fire on Fort Sumter in Charleston, South Carolina, firing for 34 straight hours.  On Saturday, April 13th, the Fort was surrendered by it commanding officer, U.S. Army Major Robert Anderson, and evacuated. Confederate troops then occupied Fort Sumter for nearly four years, resisting several bombardments by Union forces before abandoning the garrison prior to William T. Sherman’s capture of Charleston in February 1865.  Most historians agree that the abandonment of Fort Sumter by Major Anderson would play a major part in triggering the Civil War. In the days following the assault, more Southern states including Virginia, North Carolina and Tennessee cast their lot with the Confederacy.  When the Civil War finally ended, some 620,000 people had been killed.

Could this Civil War slaughter have been avoided?  And what does Fort Sumter have to do with the riots at Charlottesville, Virginia and subsequent masked insurrections by the oxymoronically-labeled anti-fascists –”antifa”?  The “antifa” group is known for its black-clad protesters wearing masks, physically attacking those it opposes and causing damage to property during its protests. One of its leaders, Scott Crow, said members use violence as a means of self-defense and they believe property destruction does not equate to violence.

A month before the surrender of Fort Sumter, President Lincoln, on March 14, 1861, asked each of the members of his Cabinet their opinions on whether to “provision or abandon” Fort Sumter.  His Post Master General — and my great, great, grandfather — Montgomery Blair responded the next day by letter.  In that letter, Montgomery Blair wrote in part:

Sir : In reply to your interrogatory whether in my opinion it is wise to provision Fort Sumter under present circumstances, I submit the following considerations in favor of provisioning that fort.

The ambitious leaders of the late Democratic party have availed themselves of the disappointment attendant upon defeat in the late presidential election to found a military government in the seceding States.

To the connivance of the late administration, it is due alone that this rebellion has been enabled to attain its present proportions.  It has grown by this complicity into the form of an organized government in seven States, and up to this moment nothing has been done to check its progress or prevent its being regarded either at home or abroad as a successful revolution.

I, in common with all my associates in your council, agree that we must look to the people of these States for the overthrow of this rebellion, and that it is proper to exercise the powers of the Federal Government only so far as to maintain its authority to collect the revenue and maintain possession of the public property in the States; and that this should be done with as little bloodshed as possible. How is this to be carried into effect ? That it is by measures which will inspire respect for the power of the Government, and the firmness of those who administer it, does not admit of debate.

They for the most part believe that the Northern men are deficient in the courage necessary to maintain the Government. The evacuation of Fort Sumter, when it is known that it can be provisioned and manned, will convince the rebels that the administration lacks firmness, and will therefore tend, more than any event that has happened, to embolden them; and so far from tending to prevent collision, will ensure it unless all the other forts are evacuated and all attempts are given up to maintain the authority of the United States.

This would completely demoralize the rebellion. The impotent rage of the rebels and the outburst of patriotic feeling which would follow this achievement, would initiate a reactionary movement throughout the South which would speedily overwhelm the traitors. It will in any event vindicate the hardy courage of the North, and the determination of the people and their President to maintain the authority of the Government, and this is all that is wanting, in my judgment, to restore it.

I am, sir, very respectfully, Your obedient servant,

The correlation of the “rebels” of South Carolina with the “antifa” movement of today makes Montgomery Blair’s March 1861 letter as relevant and prescient today as it was 150+ years ago.  Antifa has “availed themselves of the disappointment attendant upon defeat in the late presidential election” to justify their violent action against those they deem in opposition to their agenda.  As in 1861, “nothing has been done to check [antifa’s] progress or prevent its being regarded either at home or abroad as a successful revolution.”

Then, as now, the question is “How is [the establishment of federal authority] to be carried into effect? That it is by measures which will inspire respect for the power of the Government, and the firmness of those who administer it, does not admit of debate.”  In 1861, the necessary “measures” were the provisioning of Fort Sumter as urged by Montgomery Blair so it could resist any attempt to remove it from federal control.  In 2017, the virtual Fort Sumter at issue is the ability to exercise the First Amendment right to “petition” peacefully without the threat of violence that antifa’s activities have inspired.

Hence, were Montgomery Blair writing President Trump today (as I, his descendent here am doing), I believe he would recommend measures against antifa-like violence from whatever part of the political spectrum it emanates that would “inspire respect for the power of the Government” to maintain the cornerstone right to peacefully assemble to petition.  This being done regardless of the odiousness to the sensibilities of the public at large of the substance of the “petition” being made.

President Trump: “provision” the Department of Justice with prosecutors willing to investigate, and when warranted, criminally prosecute antifa members and their cohorts on the opposite end of the political spectrum for their grotesque 18 U.S.C., Section 241 – Conspiracy Against Rights violations.

As Montgomery Blair noted to President Lincoln and I now urge you: “It will in any event vindicate the hardy courage of the North, and the determination of the people and their President to maintain the authority of the Government.” 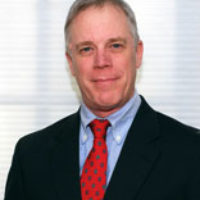 I am an twelfth generation North American and damn sure I am not going to meet my Ancestors without living up to their standards of honor and patriotism.