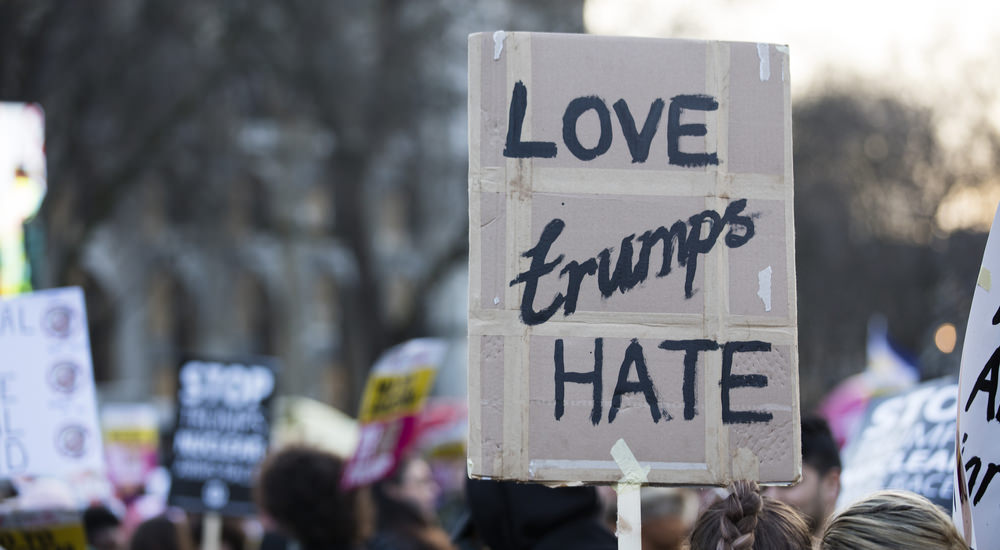 The Five Stages of Grief are different for a liberal.

A terror attack kills many innocent people.  Liberals cry and come together in sympathy for the victims.  They sing songs, cry tears, hold candlelight vigils, lay wreaths of flowers, pray for peace, and hug each other in their grief. Some donate money to the families of those murdered.

Then they go through the five stages of liberal grief:

The conservative solution is the opposite.  Recognize that Muhammad was the most evil man in all of history and that Allah is Satan.  Fight jihadis for the lives and souls of their children.  Do not allow the spread and teaching of Islam in civilized nations.  Eject and destroy those who believe that imposing Sharia on the world is right.  Jesus said to love the sinner, but hate the sin.  He never said to love Satan.  Jesus never told His followers to kill anyone, but that it is up to the authorities and righteous people to protect their loved ones.  But Muhammad instructed his followers to kill all those who do not submit to Islam, and even those who have who do not submit to the absolute authority of Imams.  Inviting Islam into your home will not protect you as proven by the many Moslems killed by jihadis for not being pure enough, apostate, or violating Sharia Law.

Leftists have not only been permitting Islamists to propagate in the West, but are encouraging them.  They do this because they have come to realize that their atheist commie socialism is being rejected by righteous free people.  Prayer does not help those who do not believe in God.  And those who do who join with liberals in the foolish belief that accepting evil will turn evil to good.  So they are willing to make a deal with the Devil to get what they want – the destruction of Christianity and capitalism in order to impose their socialist dictatorship on the masses and achieve their dysfunctional Utopia.

It cannot be made any more clear than this:

Fighting Fascism – the war with the Left for America’s Soul

The Eagle and the Snake – America’s war with Islam

The Left has lost it – Obama’s Watergate and Fake News