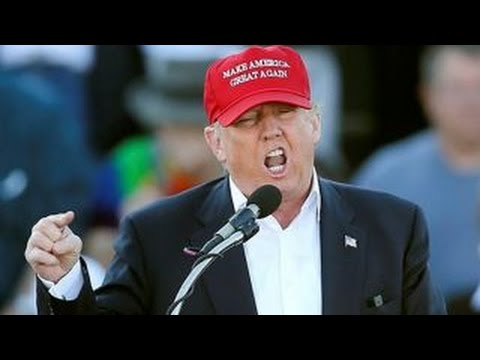 Donald Trump had some very strong words for the Obama administration and the Muslim terrorists on Thursday evening.

Another horrific attack, this time in Nice, France. Many dead and injured. When will we learn? It is only getting worse.

In light of the horrible attack in Nice, France, I have postponed tomorrow's news conference concerning my Vice Presidential announcement.

My prayers and condolences to the victims and families of the terrible tragedy in Nice, France. We are with you in every way!

It’s probably, possibly but if it is indeed radical Islamic terrorism, it’s about time that he would say so, okay? It’s about time because you are never going to solve this problem unless you are going to define it and it would be about time — people would sigh with relief if he would say it but he doesn’t want to say it. So let’s see what happens, I mean, it just happened now and let’s see who did it and what it’s all about but if it is indeed again like in Orlando, like in San Bernardino, like in Paris, like in the World Trade Center, like so many other places — if it’s radical Islamic terrorism, he ought to say it…

And then not let people into our country, Greta. We are taking people into our country, we don’t know who they are. We can’t let people from terrorist states and all of these people pour into our country because, you know, it only takes one or two people to create havoc and we’re allowing thousands of people, we have no idea who they are. We have to be tough. Look, somebody said it the other day that Trump is the law and order candidate. I’m the border candidate, I’m the great trade candidate, we’ll make great trade deals, but I am indeed the law and order candidate and Hillary is weak and ineffective. She’s been there – she created ISIS with her stupid policies. So if this turns out to be yet another attack from radical Islam, then we are going to have to take — our president is going to have to finally admit and do something about it…

It is so sad to see, Greta. It’s so sad and it’s constant. It’s constant. We don’t do anything about it. We’re weak and we’re weakly led and ineffective.