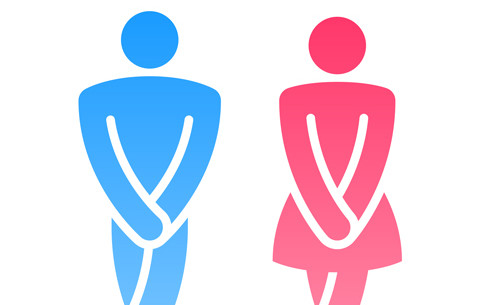 The governor of North Carolina indicated last Sunday that he would not, indeed could not, comply with the demand of the DOJ to “disavow” the now infamous “bathroom law”. The law requires that in North Carolina public restroom facilities or locker rooms, people must use the room corresponding to their biological gender. The DOJ believes this violates the civil rights of those who identify as a gender different than their biological gender. Governor Pat McCrory received a letter last week from the DOJ charging that North Carolina had violated the Civil Rights Act of 1964 and that the governor had until end of day Monday, May 9th to disavow the law or face loss of all federal funding.

In an interview on Fox News Sunday, Governor McCrory responded to the DOJ. Phillip Hodges writes on constitution.com, “Governor McCrory noted that he doesn’t have the authority to change the law, even if he wanted to. The state legislature, acting as representatives of the people of North Carolina, passed the law.” It appears Gov. McCrory is very concerned about not violating the North Carolina constitution by executive overreach. Pity our president doesn’t feel the same about the U.S. Constitution.

The governor went on to highlight the very important fact that if North Carolina is forced to rescind this law, it will be setting a very dangerous precedent that could easily be applied to all the states in the United States! Governor McCrory responded by filing suit against the DOJ. Michael Ware writes, quoting from Christian News,”‘This is an attempt to unilaterally rewrite long-established federal civil rights laws in a manner that is wholly inconsistent with the intent of Congress and disregards decades of statutory interpretation by the courts,’ the lawsuit declares. ‘The department’s position is a baseless and blatant overreach.'” I would add that if North Carolina loses this lawsuit, the danger of such a precedent would only increase. Many other state governors would give in to federal demands and some would do so even before the demands came to their state, and there’s where the Obama version of social engineering would triumph. A few true believers in this idea of gender identity would eagerly embrace and promote this triumph. But there are not nearly enough of them to actually drive this movement of transgenders for public approval to fruition throughout the nation. The fact is, it will be those who don’t necessarily believe men going into women’s public restrooms or locker rooms is a good idea who will eventually determine if the idea becomes socially approved or not.

This is almost always so when a controversial proposal or law or idea is put forward that presents a challenge to moral norms in our culture, and gains a foothold within a few influential people, such as in the media and entertainment industries, and even within certain political classes. That is what has happened in almost dazzling, record breaking time with this newest myth of a civil rights movement known as the Gender Identity Movement. For example, the idea that a man could actually simply believe he is really a she, contrary to all the biological evidence and that would entitle him by civil legal right to use the women’s facilities in a locker room shower against the will of any of the women is patently absurd for many good, nay outstanding reasons. The foremost of these is, or should be, the protection of our children from adult abuse and molestation! If that were the sole reason for denying this false claim of discrimination and rights violations, that would be reason enough for me. I daresay, it should be reason enough for anyone.

But there are many such important reasons to go along with the prime one just mentioned, and those I will outline in the next article.