The Democrats and the Left Radicalized James T. Hodgkinson 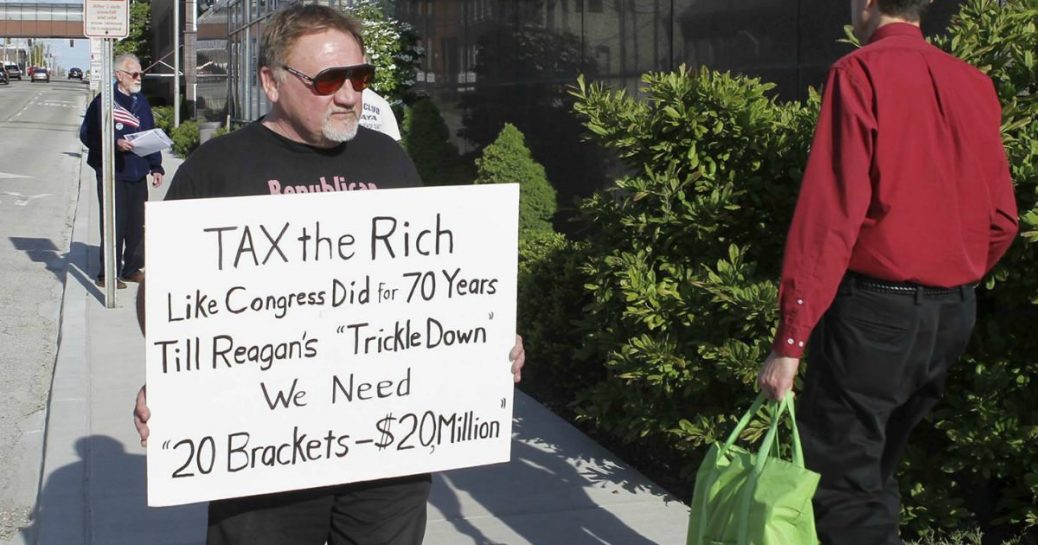 As most are aware, these individuals were injured in a terrorist shooting during a Republican baseball practice in Alexandria, Va. yesterday.

Did I say terrorist shooting? Darn right I said terrorist! That’s exactly what it was. It was not an Islamic terror attack, but it was terror none the less.

Terror is defined simply as a violent or destructive act committed by an individual or group in order to intimidate a population or government. It may also invoke extreme fear and anxiety. I think we can check off all those boxes.

Others can describe it another way, but to me this was an act of terror. How many Republican Representatives, Senators and staffers will now have their heads on a swivel, forced to be much more aware of their surroundings and maybe sleep with one eye open because of this lunatic. They will no doubt be thinking of copy cats for the foreseeable future.

Reading some of what terrorist James T. Hodgkinson has written over the years, it’s quite obvious he was an unhinged radical leftist. Yet up until recently, the hardcore Bernie Sanders supporter was just angry.

The Washington Post reports that, Charles Orear, a restaurant manager from St. Louis had worked with Hodgkinson on the Sanders presidential campaign. Orear said that, “I met him on the Bernie trail in Iowa, worked with him in the Quad Cities area,” and that he was a “quiet guy” who was “very mellow, very reserved.”

What do they always say about the quiet ones?

Over the years Hodgkinson had been politically active on Facebook and writing angry letters to the editor. He called himself part of the 99% and hated Republicans for there 1% policies.

Then Trump came on the scene and he turned his hatred to the President, possibly teetering on the edge of sanity. His brother Michael Hodgkinson said that James was “distraught” over the election of Trump. James called him, “Truly the Biggest A** Hole We Have Ever Had in the Oval Office,” and added that, “Trump is Guilty & Should Go to Prison for Treason” and “Trump is a Mean, Disgusting Person.” Oh, and he also hated Hillary Clinton, whom he described as “Republican Lite.”

So who is responsible for pushing this angry leftist over the edge? I contend it has been the constant drumbeat of white-hot hatred toward President Trump and the Republicans by Democrats, Hollywood, other so-called thespians, and of course the leftist main stream media.

Kathy Griffin with her “hilarious” severed head skit. That couldn’t nudge a loon further toward the murderous dark side. How about the stabbing of Donald Trump Caesar? Move along – nothing to see here. There is the perpetual 24/7 spewing of negativity and vitriol by CNN, MSNBC, every other lefty network and democrat politician toward Trump and his administration. One could easily classify this as hatred immersion therapy.

Someone of weak will, who is a true believer, could easily be driven to violent madness by ingesting a steady diet of this.

I recall, in 1995, President Bill Clinton blamed Rush Limbaugh and right-wing talk radio for the Oklahoma City bombing. “We hear so many loud and angry voices in America today whose sole goal seems to be to try to keep some people as paranoid as possible and the rest of us all torn up and upset with each other,” Clinton said. Of course there was absolutely no connection made between the bomber, Timothy McVeigh, and “right-wing” talk radio.

However, being as Hodgkinson was quite politically aware and already a demonstrably hate-filled leftist, it didn’t take much, in my opinion, to radicalize him to the point of weaponizing that hatred.

And in my opinion, the only reason he pulled the trigger on those Republicans and not Trump, was that they were an easy and unprotected target.