Democrat Leader says ‘Impeach Trump because He Might get Reelected’ 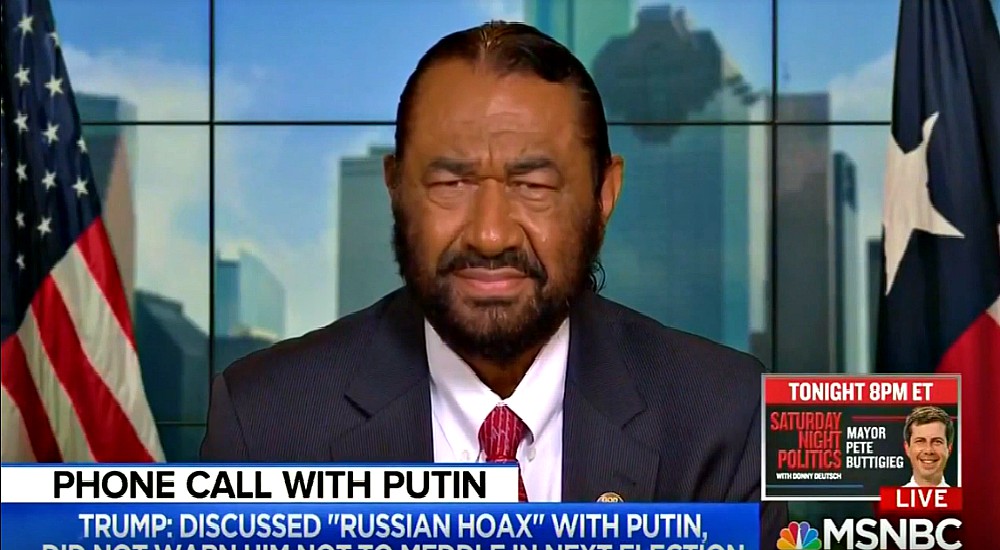 The title of this article is NOT hyperbole.

A Democrat seriously argued that the best reason for impeaching Trump is that he ‘might get reelected.’

Which is, of course, not a reason to impeach a duly elected public official.

If you’re having a tough time buying that anyone would ever say such a thing publicly… here’s the proof.

I regret I’m the canary in the coal mine. I regret I was the person who had to first say there’s some obstruction taking place here. I regret it had to be me but it had to be somebody. I take my duties seriously. I love my country and want you to know this, we must impeach this president. If we don’t, it’s not the soul of the nation that will be at risk only, it is the soul of the Congress that’s at risk. Congress has a duty, a responsibility, an obligation that only it can fulfill. No one else can no. Other entity can. It is Congress that will have to act. If we put people above party, we’ll act properly. But if we allow a party to be above principle, we will not. If we allow political expediency to trump moral imperative, we will have created a shameful situation that this Congress will never live down. History won’t be kind to us. We must impeach him.

The interview starts about 45 seconds into the clip: