Democrat Leader – Progressives Staging a Coup for Control of the Party 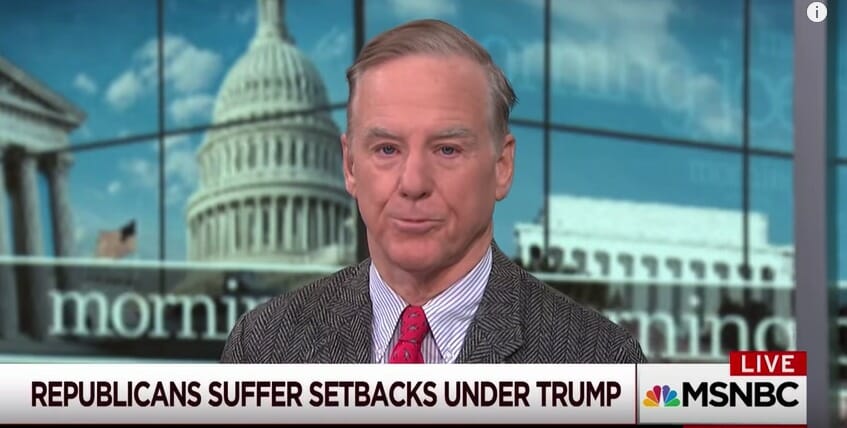 Former Vermont Governor and Democrat Party leader, Howard Dean, was quite clear during a conversation on MSNBC’s Morning Joe. He told the hosts that the progressives were in the process of informally taking control of the Democrat Party, and in his liberal mind, this was a good thing.

What Dean doesn’t realize is that the rise of progressivism likely means the demise of peace, prosperity, and the American way.

“I actually think the progressives are in the process of informally taking over the Democratic Party. It is shocking to me that a majority of Americans think Medicare-for-all is a good idea. That frankly, Bernie gets a lot of credit for that. I don’t think Bernie Sanders is going to be the next nominee, but he could be. I’m very much for somebody who is younger,” Dean said on MSNBC’s Morning Joe.

“I think my generation needs to get the hell out of politics. Start coaching and start moving up this next generation who are more fiscally sane,” Dean added. “Neither Republicans or Democrats can claim they are fiscally responsible anymore after what the Republicans did on this tax bill. This young generation is going to pay for that if we don’t get the hell out of the way and have somebody who is 50 running the country.”

“I’m going to support someone who is young and in the next generation. I don’t know who it is yet… I think there are a bunch of people who are terrific… [Senators] Chris Murphy, Kamala Harris, Kirsten Gillibrand, [Los Angeles Mayor] Eric Garcetti. I wouldn’t be surprised if you saw 17 people running.”