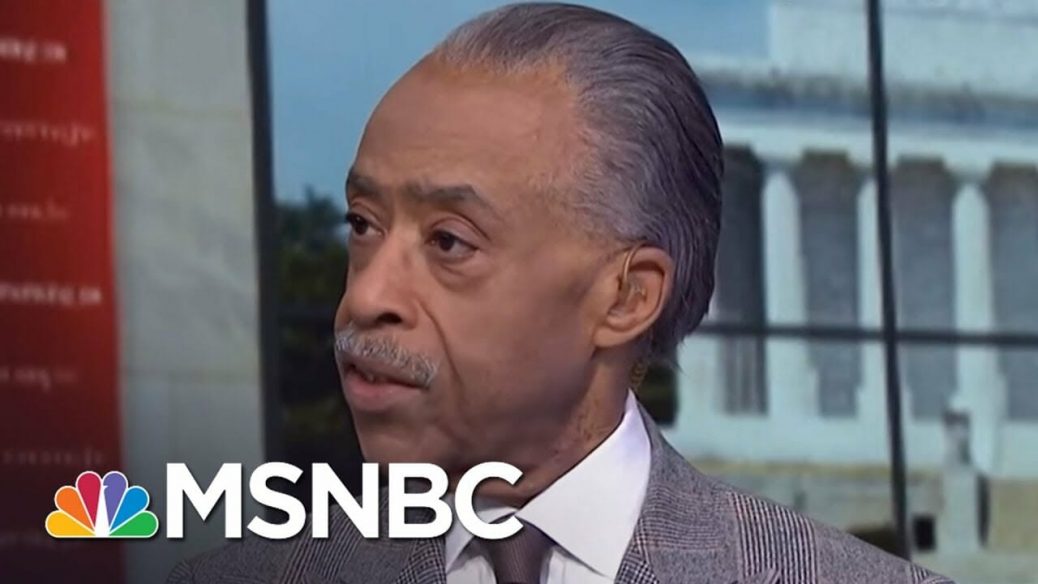 Saw a clip of Al Sharpton – on one of the Fox News programs (could have been Tucker Carlson, Hannity or Laura Ingraham’s show…?) – claiming: ‘Trump’s base would not tolerate white children treated like that…’ (Sharpton was addressing separating children from adults when apprehended at the border). It seems that Sharpton is intimating Trump voters have a different standard for “children of color” and white children; thus Sharpton is homogenizing Trump voters and impugning the collective character of nearly half of American voters as racists. The treatment of the topic of racism is tiresome – since it is ubiquitously marketed by the social-political Left and almost universally ascribed to those on the social-political Right.

One wonders what would be the response – from the Left and the Press – if those on the social-political Right collectively – and consistently – began to scrutinize the Left’s and the Media’s assertions morally? For example, what would be Sharpton’s response if he were presented with a rejoinder: “You know Al, homogenizing the motivations of a group of individuals as “racists” is the very conduct which ostensibly animates the racist, is thus unjust and immoral!” Such a tactic may be employed anytime an individual, or group of individuals, ascribes a derogatory epithet e.g., sexist, nativist, homophobe, misogynist, xenophobe etc. to an individual or group of people; such action may direct discussions towards principles of moral conduct and away from responses which have been conditioned almost ubiquitously in this society and may put the social-activist Leftist and Media off balance…

The Leftist’s practice of malignantly characterizing their opponents requires the ability to read a soul’s motivation/s; something of which only God may do… Questioning an individual – at length (i.e., one should allow an individual to explain their reasoning, rather than hectoring the individual into misspeaking, as so often is employed) – as to why they advocate certain actions and contrasting their reasons with moral principles allows encourages dialogue, and may result in removing the social-activist from the discussion/s which may begin to take place in “the public square,” or at the “town-hall.”

People are – by nature (as rational* beings) – ordered to the truth, and if attempts at dialogue were consistently, patiently employed and encouraged – ubiquitously – by those on the social-political Right (note: this requires we on the Right to consistently resist the temptation to engage the Leftist in exchanges of derogatory characterization, whereby we dismiss our opponents as “liberals, socialists, lefties etc.) the “mob protests, and protesters” may be checked (i.e., muted by those folks undecided and uninformed, but which may seek dialogue and knowledge from which a greater understanding may be derived…); all of which is in keeping with the Founder’s intention as they penned the 1st Amendment. If dialogue should become a universal mantra – of the social-political Right – social comity may eventually result, for many on the Left may learn/realize that they poorly informed; if they should seek to become informed so as to defend their positions, they may read/study their way into embracing the positions of the social-political Right… Perhaps such is a pipe-dream…?
* Rational in potency i.e., the human formal cause [potential] is rational i.e., ordered to a law of reason; the formal cause points to the final cause i.e., the realization or activation of the potency. Jesus Christ indicates the activity needed for humans to become what they are (rational beings; also known as Saints) as he asserts: ‘One must deny one’s very self daily pick up one’s cross and follow Him…’ Note: we paraphrase rather than quote Matthew 16: 24…