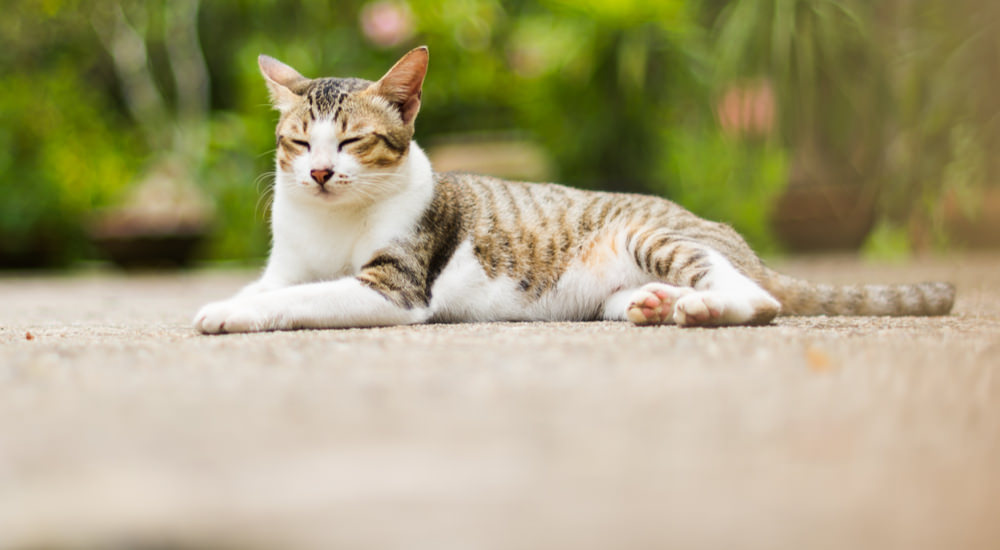 At last,  justice for animals.  A mental case living in San Jose, Robert Farmer, was just sentenced to 16 years in  jail for incredible cruelty to cats, having tortured and dismembered 21 cats he had abducted on the streets including the yards of the homes they lived in. Eighteen of the 21 abducted cats died from their horrific injuries at the hands of Farmer who took perverted pleasure in hearing the animals screaming in agony.

This gives the perpetrator a fiendish sense of power seeing the cats expressing fear of him and cowering in a corner. A home security system caught Farmer stalking then grabbing a cat from the courtyard of a home and running off. This writer saw that video on NBC as this was all transpiring in 2015.

All 18 cats killed by San-Jose resident Robert Farmer had their names read aloud in court by a judge, who also noted the missing body of a tabby cat named Go-Go.

The outlet also reported that one of Farmer’s victims died of blunt-force trauma and may also have been sexually abused, a necropsy revealed. Hopefully you caught this.This scum bag who should have been in an insane asylum all his life, actually raped cats. This is as low as one can get. It also proves that we must take mental issues seriously and keep these nuts confined and definitely off the streets.

According to AOL News, Robert Farmer, 26, pleaded guilty to 21 felony counts of animal cruelty and got the maximum punishment allowable though the judge did not require him to register as a sex offender the way the prosecution had asked for. Pet owners in the area were terrorized for months. As more and more cats disappeared, pet owners were forced to keep their outdoor pets inside.

Gayle Goodson who describes herself as a cat lover said that the courtroom was packed. People cried as they spoke of “their beloved cats and what they meant to them.” She went on to say there was a “big sigh of relief” when Farmer was sentenced. “We are disappointed that the judge did not” make Farmer register as a sex offender, Goodson went on, “but we understand her reasoning, though we may not necessarily agree with it.”

Deputy District Attorney Alexandra Ellis urged the judge to consider mental health reports that stated Farmer had a personality disorder and had a “profound lack of empathy and remorse” for his crimes and “significant anger” toward his family. And this maniac was running about freely on the streets?

WHAT CAN BE DONE TO STOP THIS:

First we need more mental health facilities available. It was President Ronald Reagan who closed them all down which was a huge mistake. Confinement and treatment must be made constantly available. Otherwise we are all at risk.

We can set up specialized courts to handle any animal abuse cases. They would handle other cases as well but for any animal abuse case, this would be the court to handle it. We must recognize animals as beings created by God who have the same feelings we have….feelings of pain, anxiety, fear, love, grief and joy, just as we do. Next time you hit your thumb with a hammer, remember that an animal would feel the same level of pain.

These courts would be set up in various sections of the country. Readers, will you support this by simply writing backup letters agreeing that such courts would benefit society? Most serial killers such as Jeffrey Dahmer were cruel to animals as they were growing up..Dahmer even killed and ATE his human victims.  This must be stopped. We must be vigilant.

Readers, please let me know that you will support this program, again, no money involved, simply sharing on social media, letters to the editor of your local papers and the papers in a community designated to propose an animal court.

SAD AND INFURIATING NOTE! Xanda,The son of Cecil Was Just Killed by a Trophy Hunter

This is extremely difficult to write. Xanda, the son (cub) of Cecil who was killed by trophy hunter, Walter Palmer, a dentist, has just been killed as well by a trophy hunting coward named Richard Cooke of RC Safaris in Zimbabwe near Hwange National park where Cecil was murdered.

Readers, I can write no more. Tears are splashing on my keyboard. Please let me know that you will stand with me to establish animal courts and help put a stop to this mistreatment of God’s beautiful creatures.

Biden promised not to raise taxes. Is that about to change?
January 28th, 2021 Liberty Unyielding

(VIDEO) Irate Parent Goes off on Virginia School Board for Keeping Kids Out of School: ‘Bunch of Cowards Hiding Behind Our Children’
January 28th, 2021 The Mental Recession

Throughout History When The Church Is Attacked, It Goes Underground & Thrives
January 28th, 2021 Clash Daily