Conservatives Should Prepare for the DNC’s October Surprise 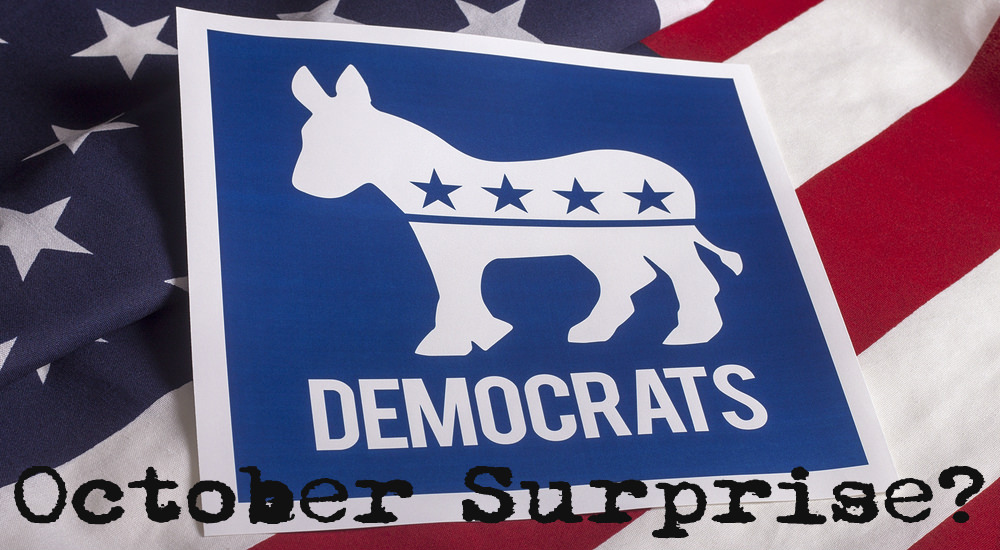 Everyone has been hearing about Hillary Clintons health issues. At the time of this writing Clinton has no rallies scheduled. Not a one. The rallies she has had before now have been strikingly absent of any major show of support from her so called followers. Then there is her criminal activity regarding her private email server. According to the law she is unable to hold any public office much less the POTUS. These are facts that cannot be denied and regardless of the regimes attempts to put it to bed there are federal agencies who will not let it go and shouldn’t. Clinton will soon be required to give testimony under oath so she won’t be able to commit perjury without consequences in front of a federal judge. Things are so bad for Mrs. Clinton that the press has had to create false pole numbers to prop her up.

Let’s get real. Hillary will never make it to the November elections. Either her health will get the best of her and that apparently has already happened given her lack of rallies, or she will be officially disqualified by law. The question isn’t whether Hillary will make it to the November election she won’t, the question is who will replace her and whether this was pre-planned.

Enter Joe Biden. That’s right hapless Joe Biden. In most presidential elections where the standing POTUS has used up his term limit it is always assumed that the vice president will carry the torch. Biden hasn’t broken any laws or any serious ones anyway. Bernies supporters can and will rally around him because he isn’t part of the Hillary primary cheating scandal. The press will remind us about the untimely death of his son which will generate pity votes and conservatives will be so taken off guard that they won’t be ready for a Biden candidacy. Remember his name was floated around even in 2016 as a dark horse who could save the DNC from the Clinton stain.

Conservatives would be wise not to ignore Biden and start aiming their guns at him. Wikileaks is holding something back for an October surprise to finish Clinton off even if she manages to survive both her health and legal issues.

If conservatives do not prepare for a Biden candidacy now, it may be much too late by October.