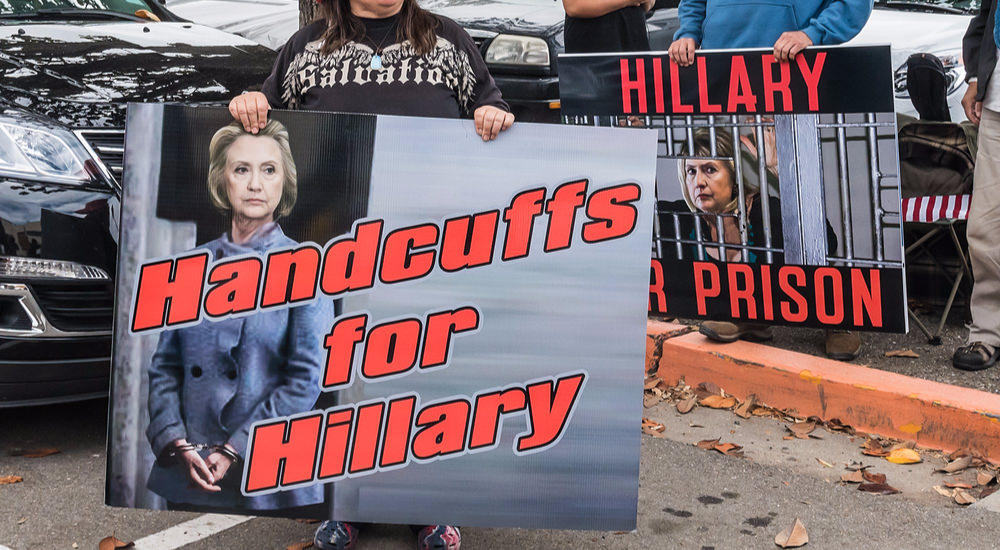 The Democrat presidential candidate has so many scandals, that it is easy to forget some of them, so I am forming a short list. There are so many, that I may leave some out, but perhaps you will get the pattern. Hillary seems to like making mischief. Now, the list:

1974
Bill Clinton loses an election for congressman. Hillary responds by yelling obscenities at the campaign manager that no lady would ever say.

1978
According to Juanita Broaddrick, Attorney General Bill Clinton rapes her. A few weeks later, Hillary makes a special point to go to Broaddrick and thank her for “everything you do for Bill.” Hillary must have known.

1978-1979
Hillary invests in cattle futures with a broker who wants to make attorney general and future Governor Bill Clinton happy. Hillary quickly makes $100,000. The broker stops making transactions for her. Hillary invests in cattle futures with another broker. This time, she loses a thousand dollars. She apparently did not know that she was being bribed. Does that mean that she is innocent?

1979
Bill Clinton becomes governor. This means that state government employees who want to be on Bill’s good side can give contracts to lawyer Hillary. Hillary is immediately promoted to partner.

1979
The Clintons have trouble making the interest payments on property called Whitewater. They get a second loan to acquire money for the first loan. They then get a third loan to acquire money for the second loan. All of the loans are represented as separate business enterprises, which means that they should not be sharing assets. The Clintons’ business partner, Jim McDougal, died in jail for this.

1985
Hillary gets funding to work on a shady land deal call Castle Grande. She is called before a grand jury for it, but not indicted.

1991 and other times
Bill Clinton exposes himself in front of Paula Jones and requests sex from her. Bill also reportedly commits adultery with hundreds of women. Hillary chooses not to divorce Bill.

2000
President Bill Clinton gives clemency to the FALN Puerto Rican terrorists. This helps Hillary with New York Hispanic politicians and helps her win election to the US Senate.

2012
Secretary of State Hillary Clinton ignores warnings that her consulate in Benghazi, Libya needs more security. On 11 September, Hillary procrastinates with help for her employees there. The employees are murdered.

2015
Hillary gets a subpoena to turn over her official state department emails. Hillary then announces that she just deleted most of them. Does this qualify for obstruction of justice?

I could go on, and if Hillary becomes president, I will probably be able to add even more to this list. At what point do the American people conclude that Hillary may be less than perfect?