The Black Budget of the Military Industrial Complex 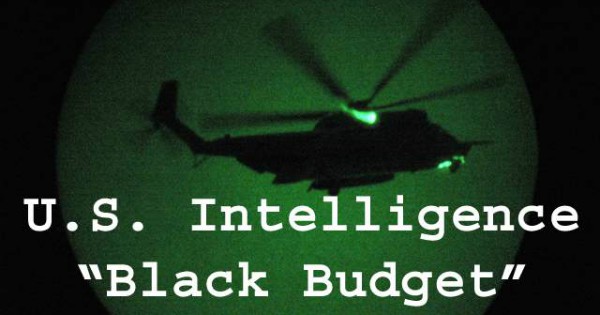 How can so many secret plans and underground installations exist in America? Many billions of dollars were lavished on these facilities. Why have there been no hearings for underground base construction? Why is there no mention in the corrupt mainstream-media of these facilities and their funding?

The answer: The secret underground facilities are part of the Black Budget. The illegal Black Budget is comprised of all the secret, covert, clandestine, programs and projects that federal agencies carry out – often with non-English speaking workers to preserve secrecy.

When an activity is illegal or unconstitutional federal agencies simply fund it through the Black Budget. Projects are never reported publicly and funding does not go through the Constitutionally mandated process for federal spending in the United States Congress.

The Invisible Government, recently known as Deep State, oversees and administers these Black Budget tunnels and bases. Around for decades, the Invisible Government is nothing new. Funding which should be going to VA hospitals, schools, roads, infrastructure, transformer manufacturing to offset EMP attacks, and all those things to Make America Great Again – are seriously misallocated and misdirected into this Black Budget.

Who would have guessed that under the Swamp are tens of billions of illegally-funded dollars of underground bases and tunnels? Hard-earned taxpayer money is misdirected into deep rat holes and the IRS cannot be ignorant of this!

Black money, CIA cut-out projects, classified military projects, in an all pervading secrecy covering the whole morass and swamp! All are confused by a thickly tangled welter of disinformation and Fake News!

Daily Darknet transactions of the military/industrial complex Black Budget need to be intensely monitored and exposed.  Darknet underworld is 97% of the Internet.  Only 3% of the Internet is what the general public views…

The compartmentalized secrecy in the anti-Constitutional Military/Industrial complex, and the huge size of its illegal Black Budget, are the deepest and worst part of the swamp which needs to be drained!