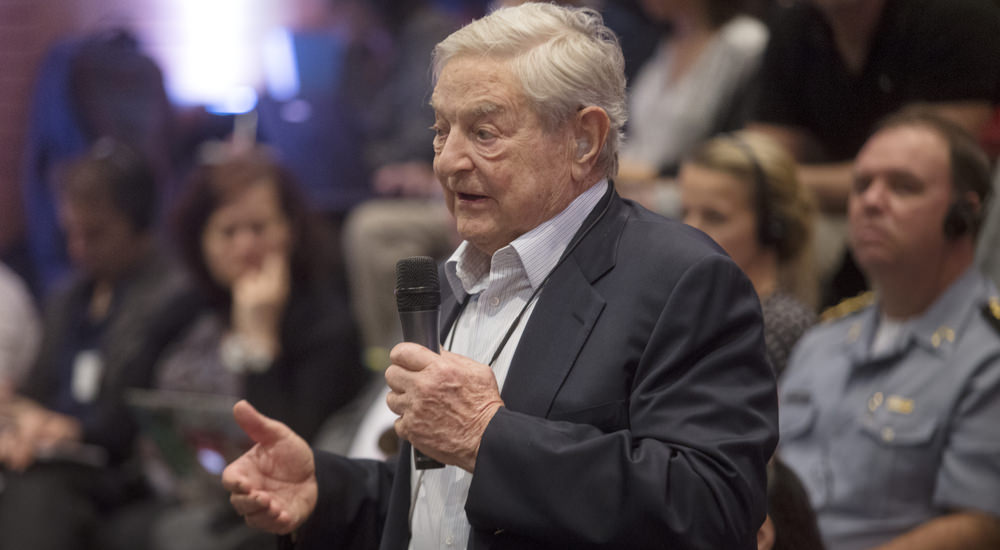 Joe Biden’s Department of Justice has given millions in supposed anti-crime grants to George Soros-linked groups that push anti-cop policies.

The money is apparently going to push the same policies that anti-cop Soros wants to push on America to make America less safe.

Those policies — including the defunding or restructuring of police departments, bail reform, less incarceration, decriminalizing and deprioritizing a broad range of criminal offenses — have been linked to skyrocketing criminal violence in many Democrat-led cities, including Los Angeles, San Francisco, Philadelphia, Chicago and New York City.

The DOJ’s Bureau of Justice Assistance has awarded the grants to organizations and municipalities to “reduce serious and violent crime” and “make neighborhoods safer” under its 2021 Byrne Criminal Justice Innovation Program. Some of those grantees, Just The News found, have ties to district attorneys and groups funded by progressive megadonor Soros.

In Los Angeles, for instance, the Urban Peace Institute (UPI) received $1 million for its South Los Angeles Peacemakers program to make the city safer. The UPI has called for the “radical restructuring” of American policing, including shifting power from police to community “peacemakers.” The nonprofit was instrumental in progressive Los Angeles DA George Gascon’s criminal justice changes in the city, according to a report.

Just the news went on to reveal several other such grants. But also added that some of the policies include:

This is the garbage Joe Biden is pushing, folks.