Biden and His Top Aides Covered Up Illegal Document Scandal, Hid Incident from Public for Months 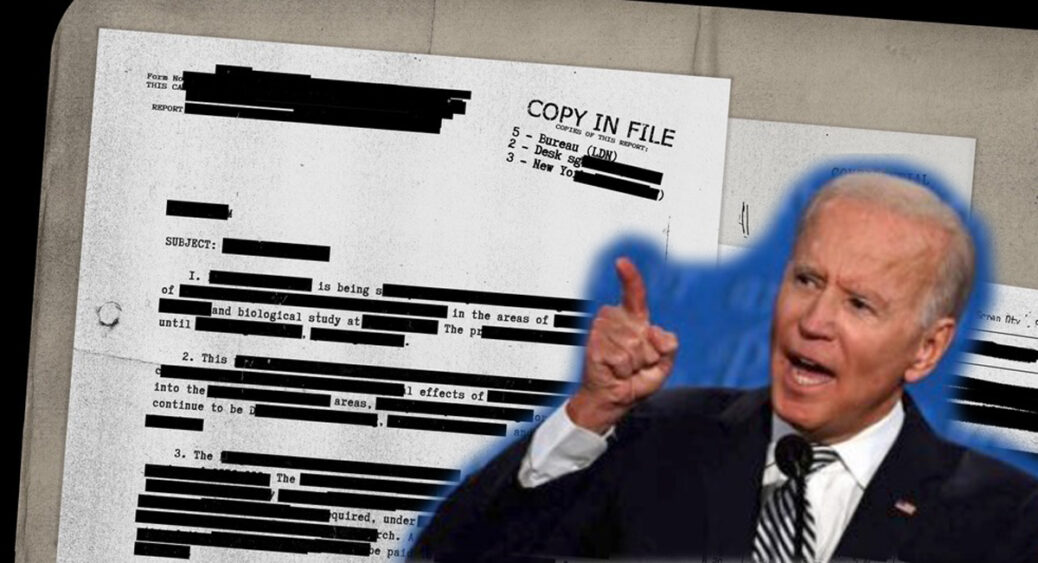 According to reports, Joe Biden and his top aides conspired to keep his document scandal a secret from the public for months according to a report.

Despite Biden’s very public scolding of Donald Trump for having a cache of documents in a locked room of his Mar-a-Lago home that was the subject of an unprecedented FBI raid, Biden covered up his own scandal while he sat in the White House.

…initial discussions on the Nov. 2 discovery — six days before the midterm elections — of sensitive papers in Biden’s former office closet at the Penn Biden Center in Washington were limited to Biden himself, as well as Bob Bauer, the president’s top personal lawyer; Anita Dunn, Biden’s senior adviser and Bauer’s wife; Stuart Delery, the White House counsel; and Richard Sauber, the White House special counsel hired to oversee Biden’s response to House Republican investigations into a range of controversies.

According to the outlet, rather than coming clean at once — an idea the report says “does not seem to have been seriously considered” — the group opted to quietly notify the National Archives, responsible for keeping presidential and vice presidential records.

According to a timeline made public by Attorney General Merrick Garland last week in appointing a special prosecutor, the Archives alerted the Justice Department of the Penn Biden Center documents on Nov. 4, two days after they were recovered by Biden’s personal lawyers.

Five days later, the FBI began an “assessment” of whether the material was illegally mishandled. Only the next day, on Nov. 10, the Times reports, did the president’s legal team begin reaching out to their DOJ counterparts.

Meanwhile, the entire White House, Biden’s counsel, the Department of Justice, AND the FBI know of all this since it was reported in Nov. of last year. And not one of them said a word.

Most recently, the liar-in-chief is waiving off the whole thing.

“I have no regrets. I’m following what the lawyers have told me they want me to do,” the president added. “That’s exactly what we’re doing. There’s no there, there.”

And, absurdly, the media is letting him get away with it.