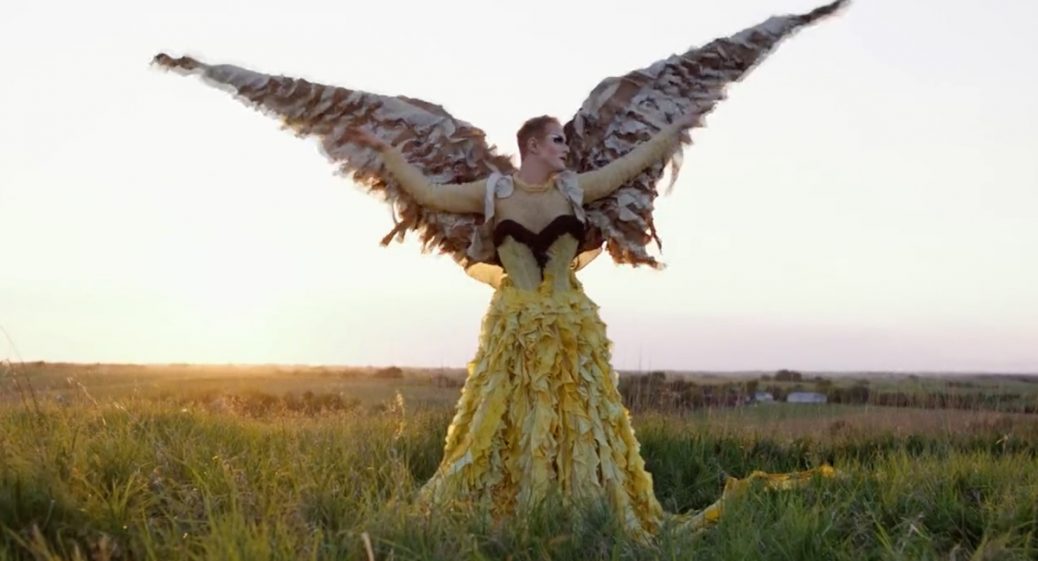 The Audubon Society has made a joke of itself by sponsoring a drag queen ridiculously dressed as a bird to push the fantasy of climate change.

Think about this. We have a group that is supposedly based on science and conservation of actual birds using a man who fantasizes about being a woman and dressed up as a bird to push the fantasy of climate change, the latter of which has nothing to do with conserving birds.

What could be more absurd?

The non-profit environmental organization shared a video for its new campaign, “Birds Tell Us: The Song of the Meadowlark.” A video spot shows Gonia dressed in an elaborate bird costume and performing interpretive dance.

“For years, Audubon has reminded the world that by observing how climate change impacts birds, we can more clearly see how it has — and will — impact us,” the campaign description says. “Birds tell us every day that the world is changing both through their songs and the songs they no longer sing due to habitat loss and global temperature rise. Will you choose to listen?”

The site goes on to say Gonia partnering with Audubon “won’t come as a surprise” to anyone who’s been following them, as the drag queen “is an environmentalist who uses her platform to highlight issues around climate change and inclusivity in the outdoors.”

“I’m genuinely so inspired by birds and together we could reach new audiences and queering the environmental space,” Gonia said when asked about the partnership. “Collaboration is beautiful and rare. It takes so much time and energy, but so many new things are possible.”

“It’s so amazing to be able to highlight LGBTQ+ people,” Gonia continued. “But it’s a necessary step for an organization like Audubon to say, ‘This is what it looks like to diversify this space.’”

Look at this idiocy…

This #PrideMonth, Audubon partnered with drag queen and intersectional environmentalist Pattie Gonia to bring you #BirdsTellUs: The Song of the Meadowlark, a message of hope for the future of our planet as we face climate change—if we choose to listen: https://t.co/RGHzJTXGgS pic.twitter.com/UxNW066NL4