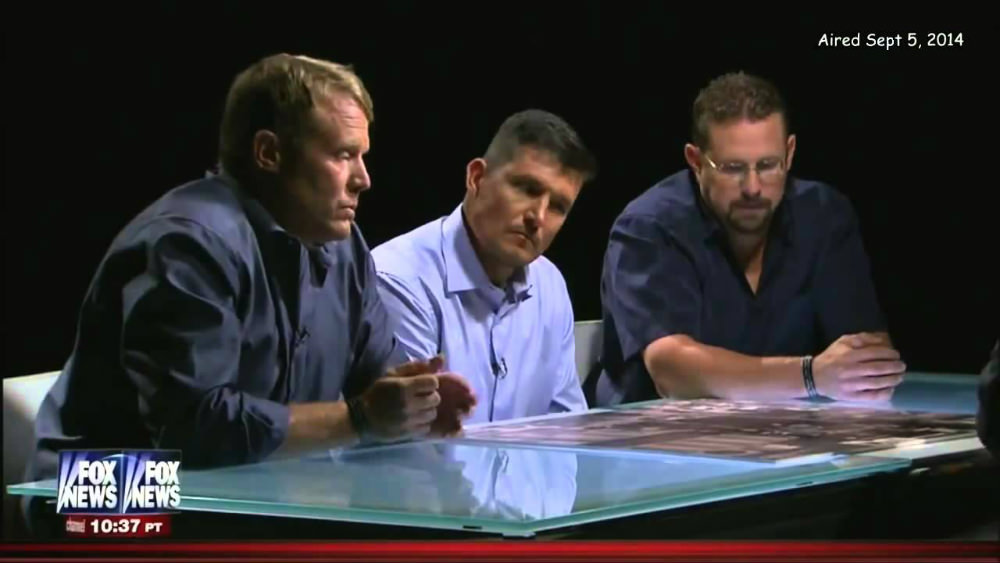 Never has America witnessed a more shameful event than on September 11th, 2012, when the Obama administration refused to go immediately to the assistance of the U.S. Consulate and the CIA Annex in Benghazi, Libya, as besieged Americans fought a full pitch battle against a well-planned terrorist attack by Ansar al-Sharia and the Brigades of the Captive Omar Abdul Rahman. Beyond a shadow of doubt, several U.S. military resources were available, despite all administration claims to the contrary, and could have arrived in time to have prevented the deaths of Tyrone Woods and Glen Doherty, if not Sean Smith and Ambassador Chris Stevens. However, according to numerous well respected sources of unquestionable integrity, various military units received a “stand down” order.

Secretary of State Hillary Clinton had direct authority over the Libyan facilities. So what happened?

Twice after the initial “critic”/Critical Incident Flash, the White House received requests for military assistance during the attack. Twice they denied those requests, before Obama finally ordered Secretary of Defense Leon Panetta and Hillary Clinton to “do everything possible” to save the remaining Americans at the CIA Annex. And then Obama nonchalantly went to bed, as he was more focused on his next day presidential campaign event.

Information released by the Congressional Select Committee on Benghazi shows that at 11:45 PM Washington time (5:54 Benghazi time), more than five hours after Secretary of Defense Leon Panetta issued his order to deploy (military) elements, White House Chief of Staff Denis McDonough sent an email to the high level representatives of the Executive Branch. McDonough’s primary concern seemed to be the removal of Pastor Jones’ video, of the Prophet Mohammed burning in effigy, rather than ensuring U.S. military forces were moving to rescue the American survivors, who were still fighting for their lives at this time.

Just days after the attacks, (Retired Army) Lt. Col. Tony Schaffer told FoxNews that the U.S. planned the invasion of Grenada in 1983 in six hours. He added, “We could have had a strike team on the ground in Benghazi in thirty minutes or less to protect, assist and extract our personnel under attack.”

Gregory Hicks, Ambassador Stevens’ State Department deputy, told the Congressional Select Committee on Benghazi that SOCAFRICA commander Lt. Col. Gibson and his team were preparing to board a C-130 from Tripoli to Benghazi, when Gibson received a phone call. He was told not to board the flight. Hicks also testified that the State Department never requested country clearance from Libya for any U.S. forces that night.

One CIA contractor, Kris “Tanto” Paranto, who was in the thick of the battle all during that night (’13 Hours’), has since revealed that two AC 130-H “Spectre” gunships were “on call” on 9/11/2012. One was a 45-minute flight away at Naval Air Station Sigonella in Sicily, and its 25mm rapid-fire Gatling guns, 40mm precision Bofors gun and 105mm canon would have made short work of the terrorists, scattering them to the wind.

Paranto also knew members of the European Command Commander’s In-Extremis Force (EUCOM/ C-110), which was about 3 hours away on a counter-terrorism training mission in Croatia, and he called them after he and his security team fought their way back to the Annex with the surviving U.S. personnel. The EUCOM loaded up and prepared to leave, when they were stopped around midnight.

Pentagon Chief of Staff Jeremy Bash offered the U.S. military’s assistance to the State Department soon after receiving Secretary of Defense Leon Panetta’s clear and unambiguous orders to go rescue our people. At 7:09 PM Washington time (1:09 AM Benghazi time) Bash informed Hillary Clinton’s office of numerous military assets that were “spinning up as we speak” to deploy to Benghazi. And yet, by the time of the final lethal battle at the CIA Annex, after nearly 8 hours of battle, no assets ordered deployed by Secretary Panetta had even left the ground.

Two U.S. Marine Corps Fleet Anti-Terrorism Security Team (FAST) platoons stood by at the ready for three hours, changing their uniforms four times due to “diplomatic sensitivities” expressed by Clinton and her staff. Armed predator drones stayed inactive. Marine Expeditionary Units in the Mediterranean stayed aboard ship, and the 173rd Airborne Infantry at Aviano Airbase in Italy never made the two-hour flight by C-130.

The only military “asset” to reach Benghazi during the attacks was Team Tripoli, military personnel based at the Tripoli Annex, whose presence was unknown to Clinton, Panetta and the Joint Staff. They deployed themselves that night, improvising, persevering and overcoming the odds, because fellow Americans needed them, and they saved American lives.

Why didn’t Hillary Clinton request the deployment of U.S. military resources? One AFRICOM commander said, “The State Department was concerned that an overt U.S. military presence in Libya could topple the government.”

More importantly, who was the leak at the State Dept. that gave the terrorists ten-days prior notice of Ambassador Stevens’ arrival in Libya? — a trip that was supposed to be a secret. What role did Clinton advisor Huma Abedin play in this? — Abedin, who has long advocated for Sharia law and has deep ties to the Muslim Brotherhood, a terrorist organization, and the radical Imam Yusuf al-Qaradawi through her parents, Syed and Saleha Abedin.

Tyrone Woods and Glen Doherty both died in the final hours of the attacks. Charles Woods spoke to the Citizens’ Committee on Benghazi this June (WND), stating: “My son and the rest would still be alive if there were any attempt made at a rescue … I want to know who was responsible for my son’s death.”

Americans don’t leave Americans to die, but this administration and Hillary Clinton did. Obama and Clinton both were derelict in their duties, but Clinton’s black heart and overt malfeasance, with her focus on her Libyan agenda and her personal schemes, left four Americans dead and ten wounded. Thirty-five were waiting in fear, desperate for help. But help never came from Washington, D.C., because Clinton gave the stand down order, which halted the Tactical Operations Center Team Leader’s standard operating procedures at Tripoli’s U.S. Embassy and the deployment of U.S. military assets for a rescue mission. The Pentagon could not act without a specific request for assistance from Clinton’s State Department. All America saw these “Progressives” and their government fail to rescue our people, when most of us would have moved Heaven and Earth to do so.