An American Future that Will Feel More Like a Roller Coaster 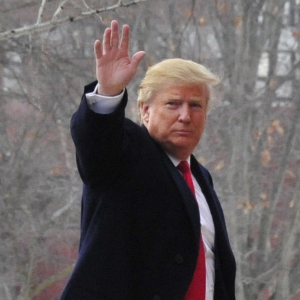 Donald Trump has had a lot of different positions on some issues. We will try to attack a few of them to give America a better view of his flip-flop agenda. The in-style, vogue center of Donald today is calling the Main Stream Media, fake news, so as a beginner, we will see Donald try to pass legislation that will obstruct, hinder or otherwise stop all media that reports negatively or honestly concerning Donald’s long list of crazed statements and positions. We will see legislation introduced and supported by several Republican lawmakers to limit the free exercise of the 1st amendment, whether it is religion, congregating for peaceful protest, or reporting the news as it occurs, and not stridently given by the propaganda headquarters of Trump and company.

Donald supports Planned Parenthood concept so you will see it protected strongly by this POTUS, with new measures to save it from defunding and to also limit any mingling of funds between abortion and women’s health. While it would be easier to defund P.P and support other more localized women’s health centers that do not do abortions, he will toss them to the side stating they cost too much and that America needs one large corporation running women’s health.

Donald will continue with his personal attack modes Operandi against any corporation that takes its factories, or jobs out of the United States. The easier answer would be to do across the board reduction in corporate taxes, but that would mean that Donald could not showboat his bullying to specific corporations, and he could not use his vendetta agenda properly against other corporations like Carrier and Boening.

Tax rates would continue to fluctuate, but the end result will be smoke and mirrors where the shrinking middle class gets hurt, and new loopholes are created for the rich as other more blatant loopholes are closed by new legislation that both Republicans and Democrats pass quickly as a sign of cooperation and to help the middle-class America. The end result is the fact that Donald will protect his millionaire and billionaire friends and cabinet members from losing their wealth, while not really caring about the undereducated Americans who work hard to just struggle beyond poverty.

With a history of failed businesses that used bankruptcy as a loophole, you will see Donald try to broaden the scope for larger corporations and billionaires to utilize while making it harder for the middle class and small companies to utilize bankruptcy as a protection. You will also see Donald bully a much more aggressive “Eminent Domain” bill to allow the government to own and take land for “The betterment of the country”, even though it will trample individual rights.

Finally with the Russian involvement and entanglement of the 2016 election, along with wanting a more fascist style tyrannical Presidency, Donald will battle to gain legislation to allow other countries to be involved financially and overlookers to elections. The division that Donald has created in America is one he is trying to create, control, and point in a direction he wants. The final outcome in the psychotic dreams of an egomaniac Trump is to come riding in on a White Stallion and “Save the Day” by creating unity in year three of his Presidency. This he is aware would create the same fascism, white supremacy, gun toters to take up the chant for “4 more years”. This will backfire on him, in this writer’s opinion in the fact that the division will be too far out of hand, and there will be a crisis of Civil War magnitude, where the large cities of the Northern liberal leaning Rich snobs will not want to break a nail, while the southern hard working, religious Patriots will take up arms to save America from a tyrant, and loss of the Constitution. America will be in turmoil with families moving north and south, east and west, and the Hubs will be Texas, Utah, and South Carolina for the Patriots and New York, LA, and Ohio will be the hubs for the northern Fascist coalition.  This all because of a schizophrenic egomaniac psychotic multi-personality spoiled child being elected. This is the America he will bring to the shores of America. Are you ready for it? Let’s talk in 4 years and you tell me how far off I am today.