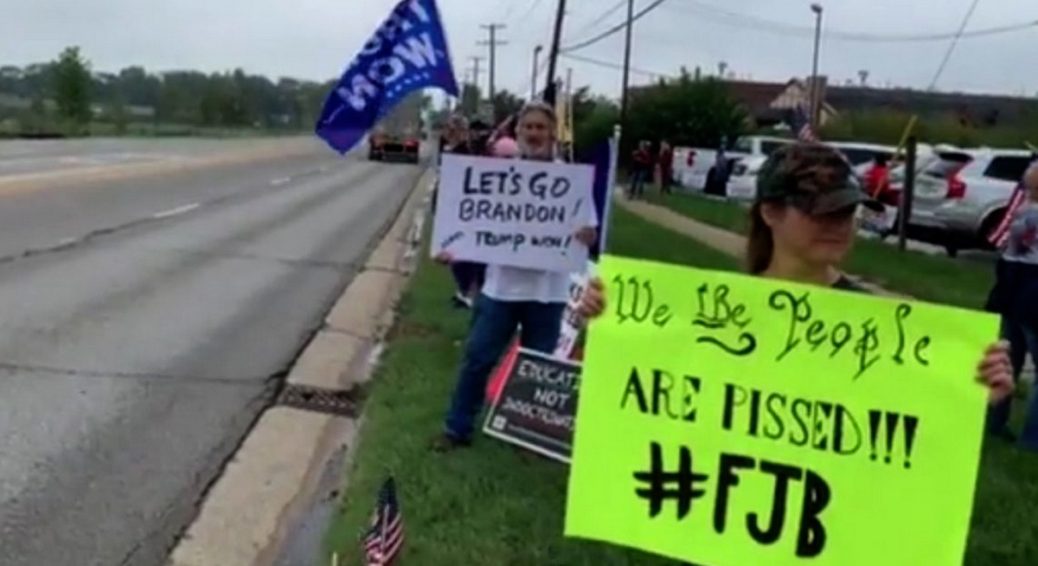 Late last year, Alabama resident Nathan Kirk was given a vanity license plate for his truck with the letters LGBFJB.

Despite being given the plate, Kirk was later told that the plate was “objectionable” and that the state was recalling the plate.

“The Alabama Department of Revenue, Motor Vehicle Division, has determined the above-referenced license plate contains objectionable language which is considered by the Department to be offensive to the peace and dignity of the State of Alabama,” the letter read, according to AL.com.

The letter added that it could not be renewed, and Kirk would get a replacement plate at no charge.

Of course, the phrase, “Let’s go, Brandon,” went national in October after NBC Sports reporter Kelli Stavast falsely claimed that a crowd of NASCAR fans was chanting “Let’s Go Brandon” following a victory by driver Brandon Brown. But video of the chanting clearly shows they were shouting, “F*ck Joe Biden!”

The Oneonta Gun store owner immediately turned to the media after getting the recall letter and added that he intended to sue the state of Alabama for violating his First Amendment rights to keep the plate.

Now, after all this, the state has reversed itself again. Now it is allowing Kirk to keep the plate, PJ Media reported.