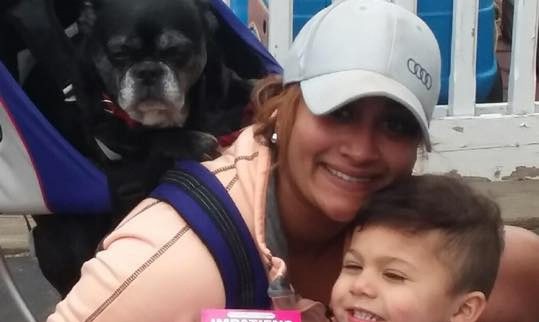 A friend of mine, Lisa, and her family is in big trouble. She’s a recently divorced mother of two. Her ex-husband is not a good guy – physically abusive and also left her heavily in debt when he left.

She is now within 30 days of losing her home. I’ve done what I can, but I can’t do it all, which is why I’m pleading for assistance. I’m asking everyone for help. I feel no shame in doing so.

Her ex-husband cheated on her from early in their marriage, but she didn’t find out until much later. He also physically abused her. Despite this, she stuck with him for the sake of her two children.

To add to her burden, she was diagnosed with early stage ovarian cancer. She got that under control, through chemo and such, but recently her doctor also discovered that she has heart disease. It can be controlled through diet, exercise and avoidance of stress.

That’s the rub. The situation which has been thrust upon her comes complete with massive amounts of stress. Put yourself in her situation and tell me how you would even have the strength to get up every morning. Yet she does, trying to push forward everyday. But it’s the classic case of one step forward and three steps back.

She has taken in another abused woman and her daughter, who has also been through a lot. Things were quite rocky at first, between her and her new roommates, but after several months, they’ve all settled in well. And my friend has been a good influence on the daughter.

Now, thanks to her ex-husband and his family’s fancy lawyers, which she could not afford, she is in danger of losing her home, as he left not paying the mortgage for many months. She must come with $20,000 in 30 days, or she’s effectively homeless.

Although this could be a made-for-TV movie, but it’s not. This is her life. I can attest to her plight personally, and as I’ve explained to friends, the saying that truth and life is stranger than fiction, can be no more applicable than this.

Few people I know would be strong enough to hold up under this constant withering pressure, after having suffered the physical and mental abuse she has – not to mention cancer, heart disease and a near financial ruin.

But let me tell you – this is no ordinary woman and Mom. She is extraordinary and frankly I remain in awe of her fortitude. She just needs our help to save her home and put this dark chapter behind her.

As she’s a close friend, this is hitting me hard also. I would not ask otherwise. It is my duty to help and I hope you feel the same way.