Trump gets it, maybe you Don’t? 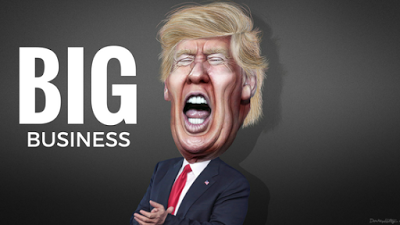 Much has been made by the socialist media about Trumps hard stance against other countries we trade with.

The most ridicules argument is the “free trade” argument. What kind of idiot would not put on tariffs if the other guy was? We have to pay for the privilege of trading with other countries and they get to trade here for free? I wish I ran into people like this when I was selling cars. I wonder what all that one sided trading does to America besides making it look stupid. Oh yeah, all our manufacturing goes overseas where people make 5 cents and hour and they don’t have to deal with workman’s comp or environmental concerns so you can buy a new bicycle for $50 at Walmart. Sounds fair to me (for you reptilians who don’t understand sarcasm that was sarcasm).

Oh but Trump is going to start a trade war!

First off so what? Do you think these countries who are talking advantage of the American people are going to stop doing so if we ask them nicely? You might want to put the pipe down if you do because you’ve had enough.

There isn’t going to be any trade wars and people who are in the world of finance and investment know this. You just don’t go up against the United States of America when it comes to economic warfare or anything that is a threat to the American economy. You can bet leaders in Russia, China, and North Korea know this. The only ones really stupid enough to challenge Trumps tariffs are the Europeans partly due to their arrogance and partly because they feel entitled to abuse America and Americans frankly. They think we are on the other side of their pond.

The truth of the matter is that if America closed its economic doors to the rest of the world today the worlds economy would completely collapse. Who would they sell to? And to top that off America doesn’t really need the rest of the world economically. We have vast natural resources and more than enough to keep our country afloat for a very lone time. We have a large enough population to keep every industry thriving.

See folks America doesn’t really need the rest of the world and the movers and shakers know that which is why they work overtime trying to undermine our country. China? What is China gonna do? No matter what tariffs Trump lays on China they are still infinitely better off paying those tariffs or getting their act together than they are messing with a president who can cut them off to the point of chaos.

Trump knows this. He probably wonders why everyone in Washington doesn’t seem to know this. No wonder he thinks politicians are stupid.