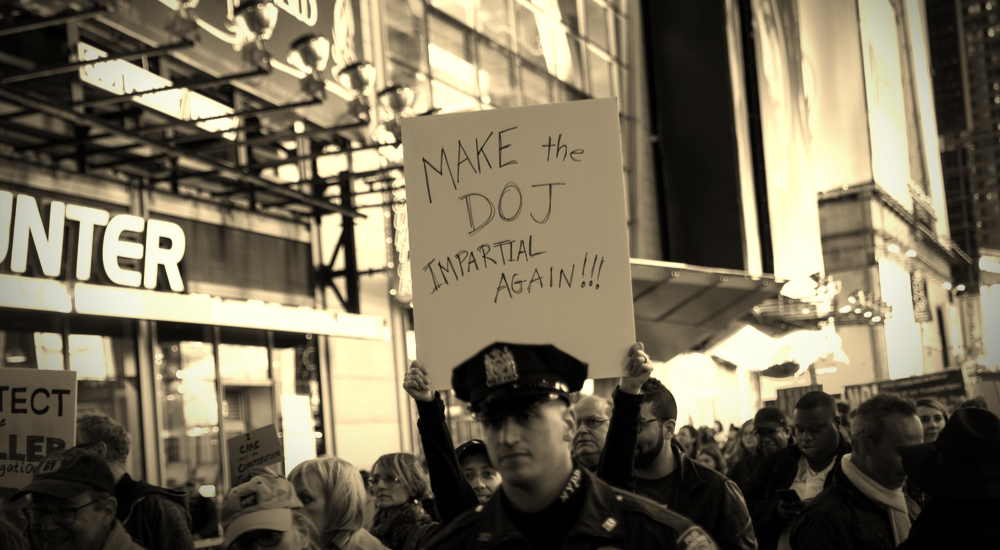 “Forget about the rule of law, they’re all about getting the President.” — Rep. Jim Jordan (R-OH)

Some argued that President Trump was the big winner in the Russia Investigation conclusion… but I beg to differ.

I think that Congressman Devin Nunes (R-CA) is the man who triumphed in the end. Remember Nunes? Two years ago he was the Chairman of the Intelligence Committee and it was he who blew the whistle on Democrat corruption within the DOJ’s investigation of collusion. For his efforts at transparency, honesty, and justice – Nunes was derided by the media, slandered by the Democrats, and shunned by his spineless Republican colleagues.

Now, two years later, he has finally been vindicated. He was telling the truth, and his Democrat counterpart Adam Schiff (D-CA) was proven a liar.

Nunes is back in the news now, after suggesting in a recent interview that as many as two dozen DOJ and FBI officials could be facing criminal referrals!

Here’s what Nunes had to say on a recent episode of FOX News’ Hannity show:

“The American people need to have confidence in the FBI and the Department of Justice. We are working on the referrals. There’s going to be many of them. There are going to probably at least be a dozen if not two dozen individuals, and as we continue to get more information and build these and build them out, we want to make sure that everything is finished before we turn them in…

There are people who definitely lied and misled Congress, OK? If they don’t go to prison, we are going to have a two-tier Justice Department, the justice system in this country and it is not going to be good for the American people.”

If Nunes is to be believed, and he’s already been proven to be one of the few honest men in Washington, then there are some folks in the DOJ who should be very concerned.

Here’s hoping we see justice for the unjust at the DOJ.