Report: Hillary Clinton Wants to Run for President in 2024… Again 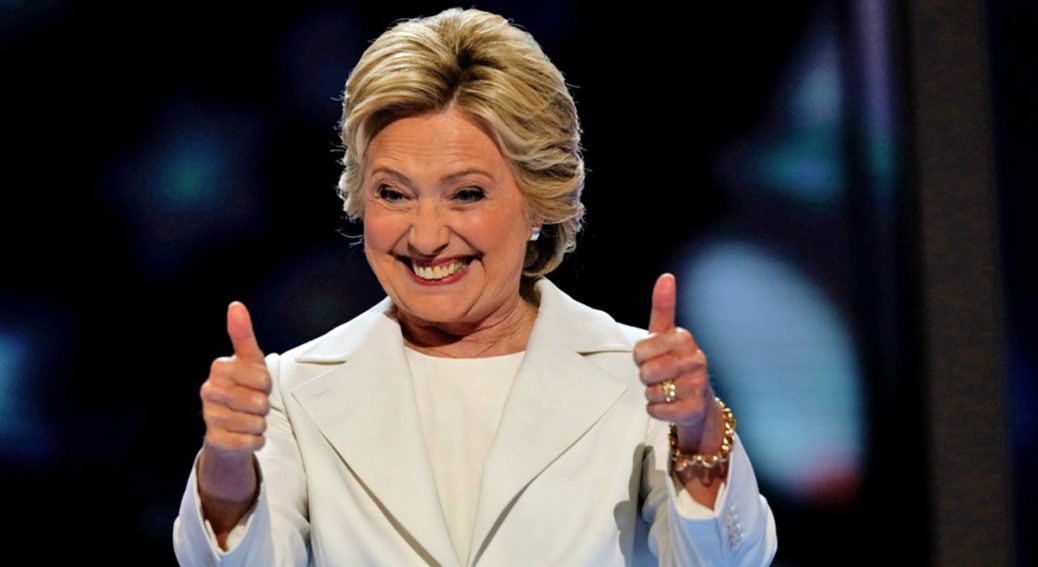 According to a former adviser, Hillary Clinton is preparing for yet another campaign for president, this time for 2024. If she does, it would make her third (probably failed) run for the White House.

The prediction come from former Hillary strategist Dick Morris who says that her recent attacks on Biden’s disastrous border policies shows that she is testing issues to have Biden thrown off the Democrat ticket.

Morris says that Hillary is looking to change her image and wants to be seen as a centrist Democrat — just like her husband claimed to be when he successfully ran in 1992.

“Hillary is just dusting off Bill‘s playbook that I wrote for him and applying it herself this year,” Morris told radio host John Catsimatidis on Cats Roundtable on WABC. “I see more and more signs that Hillary’s going to run. Bill said there was a limit to the number of people the U.S. can absorb. And Hillary a week ago … said Americans do not believe in open borders. These are all signals that she is going to be the moderate candidate for president.”

Both Clintons made comments on the border crisis last week, with Hillary Clinton condemning Gov. Ron DeSantis (R-FL) for sending immigrants from the border to Martha’s Vineyard in Massachusetts last month.

“Nobody wants open borders … but nobody wants inhumane, terrible treatment of human beings either,” Clinton told MSNBC host Joe Scarborough. “Some politicians would rather not only have an issue but exacerbate it to the extent of literally human trafficking.”

Morris predicted that Hillary Clinton would wait until after the midterm elections to announce her candidacy, claiming she would throw more progressive candidates under the bus if Democrats lose the majority in both state houses.

She’s going to say after the election, ‘See, the Left cost us the House and the Senate. If we stay with a left-wing candidate in 2024, we’re going to lose the White House. I’m the only one who will tack to the center and give us a chance at victory,'” Morris said. “I know that’s her strategy because it’s the strategy I designed for Bill Clinton in 1992.”

Once again, we see how Clintons are all fakers, and filled with artifice. No truth.