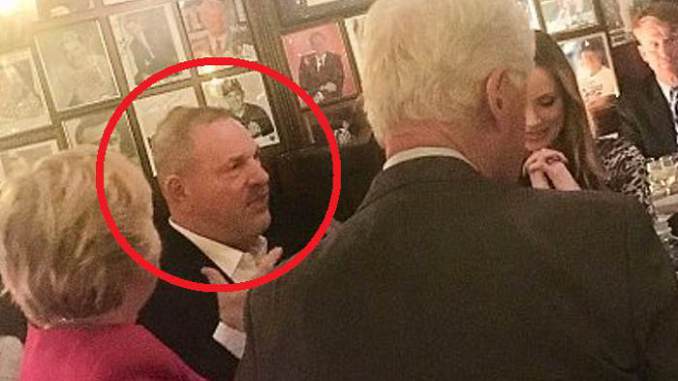 Almost 2,500 years ago Greek fabulist Aesop sagely advised, “A man is known by the company he keeps”.  A modern analogy is seen in whom one chooses to break bread with.  This concept particularly applies to the slippery Clintons, and the now disgraced movie mogul they chose to dine with on December 13, 2016.  That Hollywood bigwig is today’s accused serial rapist Harvey Weinstein.  According to photographs—mysteriously only recently uncovered by Britain’s Daily Mail, not the mainstream media—Hillary is seated between two men accused of sexual assault; the other being her husband Bill.  Ah, the “hiddenness” of such open secrets—and the curious concealment of related pictures.

Historically, Hillary knew about Bill’s “bimbo eruptions” in the 1990s.  Another Clintonian open secret: long denied until the irrefutable DNA on Monica Lewinsky’s blue dress.  Likewise, in her decades-long friendship with Weinstein, is it possible that she didn’t know when everyone in Hollywood seemed to?  At the exclusive East Harlem eatery called Rao’s—mere weeks after her failed presidential campaign—Hillary is fraternizing with such a man?  Given her stinging political defeat one would reasonably infer she would surround herself with trusted intimates.  That means either she didn’t know or she didn’t care.  Either way, what would Aesop say about her character, or theirs?

The suppression of questionable photos involving prominent Democrats is nothing new.  Another telling example is an obscure image taken at a weekly Congressional Black Caucus lunch back in 2005.  A single frame shot by Askia Muhammad and hidden by him for 13 years.  The main subjects were then freshman senator Barack Obama and the minister Louis Farrakhan: the highly controversial anti-Semitic, anti-white and anti-gay leader of the Nation of Islam.  (For context, per the New York Times, Mr. Farrakhan described Adolf Hitler as “a very great man” in 1984.)  If exposed then, what would the electorate have thought of photographic proof of connection between both men? 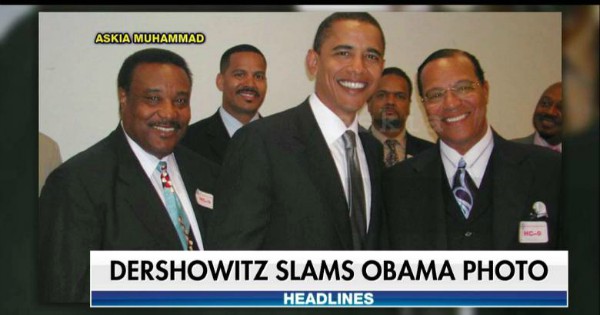 In any case, here’s what Mr. Muhammad told the Atlanta Journal-Constitution, “I swore myself to secrecy. If the picture was exposed, it could still be a deal breaker for Obama [becoming president]. … I did not want to be the instrument of his downfall.”  His candid response likely explains why Hillary’s Weinstein photographs also took so long to surface.  Using Aesop’s standard, these images depict associations with dubious characters.  Why hide these photos for years unless they symbolize a deeper reality of collective corruption?