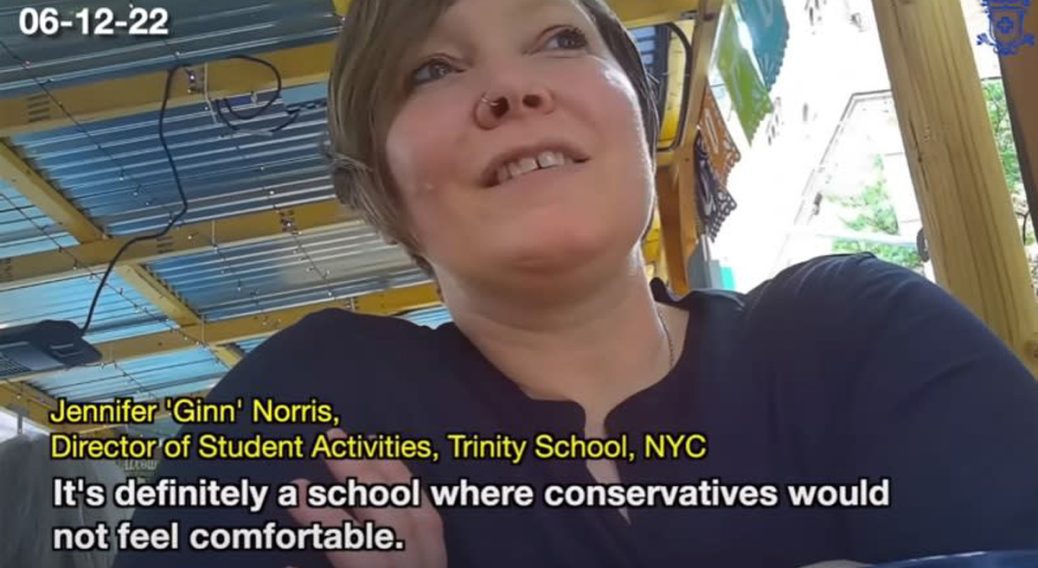 A school in New York has fired an administrator who bragged on video that she purposefully discriminates against white kids, especially little white boys, and gives favorable treatment to all other children.

In a Sept. 21 letter to parents, Trinity School, a New York City-based college preparatory school for children in grades K-12, announced that school director Ginn Norris was fired after he comments caused outrage.

The letter was posted on Twitter by Libs of TikTok.

“We write to update you on several developments since our September 2 letter about comments made by Trinity employee Ginn Norris in a recent video. Since then, Trinity has retained independent counsel to investigate the matter, and that investigation is underway. We also want to let you know that Ms. Norris is no longer employed by Trinity School,” the letter stated, which was signed by Headmaster John Allman and Board of Trustees President David Perez.

“Our principles are clear: bias of any kind or the threat of violence toward any person or group has no place at Trinity School. Our role as educators and as a school is to nurture children as they become responsible citizens. We abhor discrimination of any kind and believe strongly that a diverse, inclusive community is vital to providing the kind of education to which we aspire,” the letter added.

BREAKING: NY Teacher who bragged about sneaking political agenda into the classroom and demonized white students is “no longer employed by Trinity School” https://t.co/6KWUjYsZe4 pic.twitter.com/IyVv4GgVkz

The move came after Norris was heard in a video posted by Project Veritas admitting she is a woke racist who acts against children simply because they are white.

“There’s always groups of teachers who want to do these [activist] things but the administration just wouldn’t let us,” she said in the video, adding that “we’ve been just sneaking things in [through] the cracks.”

“I don’t hide how I feel, but I can’t pretend I’m [not] promoting an agenda even though I clearly am with all the stuff I’m doing,” she said. She went on saying there is a “huge contingent” of “just horrible” white boys who are enrolled at the school she was working at.

“That’s kind of what I’m afraid of with my white students that are rich. I’m like — do you ever have to deal with this? They’re so protected by capitalism. It makes me sad,” Norris exclaimed.

Norris is gone and that is a good thing. But there are dozens just like her her in every school in the country.