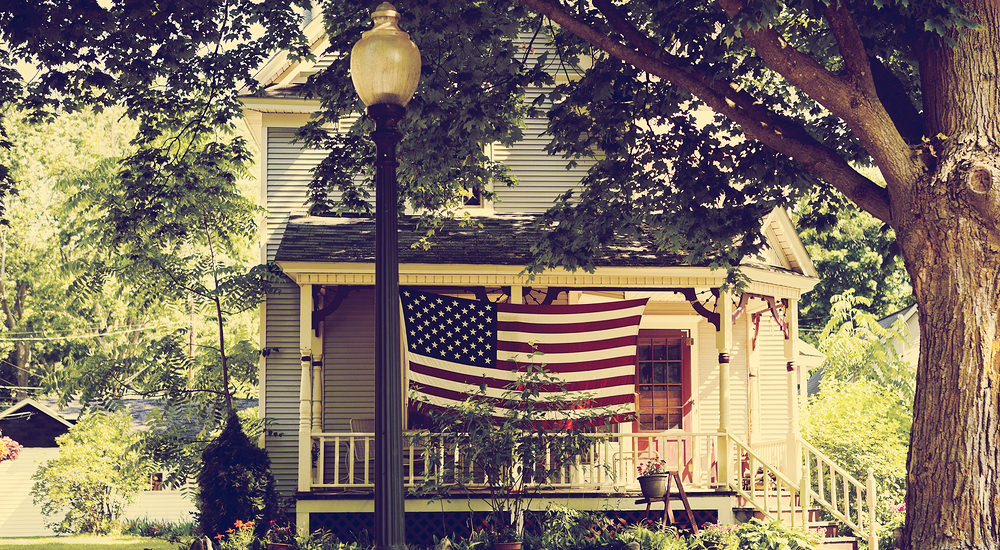 The American dream has become almost an impossibility in the last 25 years.  In a nation that was founded on freedom to live how we want, where we want and to pursue what we desire with very little interference from government, we have come to a point where the entrepreneur is restricted on so many levels that attempting to start a business has the businessman running into a wall at every turn.  The Obama administration has issued an average of 65 new regulations a day since he took office in January of 2009.  The regulations have added billions of dollars to the operating costs for the small businessman.  Hillary Clinton made a comment at the start of this presidential campaign concerning job growth in America: “Don’t let anybody tell you that it’s corporations and businesses that create jobs.” 1 She has made the insane comment that increasing the minimum wage will create jobs but all the data proves the exact opposite: Besides, Hillary’s argument here is entirely divorced from reality and actual data. The minimum wage bill for which Hillary Clinton voted passed in 2007 and took effect in stages, beginning that summer. In June 2007, the Household Survey of the BLS showed that the US economy had 146.063 million jobs in June 2007, just before the increase took place. Last month’s data showed that the US economy had 146.6 million jobs — an increase of less than 500,000 in over 7 years, not “millions of jobs” as Hillary claims here. In fact, the 146.6 million is the highest it’s ever gotten since the passage of that law. In the same period, the civilian workforce participation rate has gone from 66% to 62.7%. On a population basis, there are a lot fewer people working after the last minimum wage hike, not more, and wages are actually down, not up.2

The so-called leadership that we have in BOTH parties today have no resemblance to the leaders we had in 1776.  Obama stated that there is no other person so qualified to be president than Hillary Clinton, not himself, not Bill, nobody!  She isn’t the grime under the fingernail of any of the Founders!  She isn’t, in my humble opinion, qualified for janitor at a dog pound.  The party she represents was just exposed for rigging the primary in Hillary’s favor and she is claiming ignorance of that.  She wants to up the amount of Islamic refugees 550% even though those same refugees are rioting in France, raping women all over Europe, demanding that everybody abide by shariah law and forcing these cultures to change to an Islamic culture.  Most of Europe is unarmed.  We are not.  We will not stand for that kind of treatment from people who come here from other nations.  Assimilate or leave!  Democrats have opposed all efforts to properly vet these refugees.  Donald Trump believes that we should stop any immigration from these radical nations until we can verify who we are bringing in.  The Democrats have gone nuts concerning that idea forgetting that FDR did the same thing in the 1940’s and even put Japanese Americans in camps, confiscated their property which most never got back.  Jimmy Carter stopped immigration from Iranians during the hostage crisis in the 1970’s and even deported 15,000 Iranians that were here.  It’s okay for a Democrat to do this but a violation of human rights if Republicans do it.

This mindset is not what our Founders had.  Immigrants, though welcomed, were strictly regulated for numbers and character.  They believed and rightfully so that if too many came in the economy would not be able to support a large influx of people.  In 1924 Calvin Coolidge saw the same thing occurring after the First World War: “On May 26, 1924, President Calvin Coolidge signs into law the Comprehensive Immigration Act, the most stringent immigration policy up to that time in the nation’s history.

The new law reflected the desire of Americans to isolate themselves from the world after fighting the terrible First World War in Europe, which exacerbated growing fears of the spread of communist ideas. It also reflected the pervasiveness of racial discrimination in American society at the time. Many Americans saw the enormous influx of largely unskilled, uneducated immigrants during the early 1900s as causing unfair competition for jobs and land. Under the new law, immigration remained open to those with a college education and/or special skills, but entry was denied to Mexicans, and disproportionately to Eastern and Southern Europeans and Japanese.” 3  This is exactly what we are seeing today not only coming across our southern border but being brought in as so-called refugees.  The only problem with the refugees is they refuse to assimilate.  They demand that we accept their ideology and culture.  They should adapt to ours or stay where they are.  Early immigrants were excited about coming to America and becoming Americans.  These muslim immigrants demand that they be allowed to come here unvetted and demand that we change our culture to theirs.  Our Founders would have had them out on the next boat but too many in the Republican party and most in the Democrat party feel that we need to pander to them and give them what they want and in the process they are giving away our country to ungrateful thugs.

The fact that we need to maintain our American principle no matter who wants to migrate here seems to be foreign to all too many.  Politicians like John Kasich, Jeb Bush, Michael Bennet and Diane DeGette feel they need to be compassionate towards the refugees and the illegal immigrants when they should be thinking Americans first.  They are putting the refugees and illegals first at the cost of jobs and benefits for Americans.  These politicians are traitors in my book to America.  We see most of the Democrat party that will vote for benefits for these people over our legal citizens.  Obama even made an agreement with Mexico that if social security benefits are cut only American citizens will be cut.  Benefits to illegals won’t be cut.  Social security is not an entitlement.  Citizens have paid into it all of their working lives and the government is giving it to people who should be getting no benefits at all, bankrupting they system.

Our Founders would have never given illegals and refugees anything that would be a detriment to the American people.  Today’s leaders could care less about the American people, believe that we should have open borders.  This is all part of the redistribution of the wealth of America to the rest of the world.  It is the communist ideology that everyone should be equal.  Our Founders believed that everyone should have an equal opportunity but they believed that how you ended up was in your hands.  Given the same opportunity as everyone else, hard work and persistence you could achieve the American dream but the leaders today in both parties want the end to be equal and the only way that can happen is to take away from those that worked hard and give to those that don’t have the ambition for hard work.   Thomas Jefferson stated  “The democracy will cease to exist when you take away from those who are willing to work and give to those who would not.” I know that some people can’t work but the majority of those on some form of federal assistance are able to work, they’re just too lazy to do so.  They can in too many cases make more form entitlements than working.  Our Founders would have shamed them into work.  Obama actually advertises for people to go on assistance. That is NOT the America I grew up in.  That is not the America I want to leave my kids.

The state we are in began almost a hundred years ago and a lot is entrenched into society that we will never be able to get out without a major catastrophe.  I would hope that we won’t have to experience anything of that nature but if we don’t turn around the way we are going that is exactly what will happen.

The last two elections have only taken us further down the path to destruction with the policies of Obama and the Democrats.  Their candidates this year are nothing but socialists bound and determined to take our freedoms and our future away from our kids.  The Republicans fought the person who is now the nominee every inch of the way because he is NOT part of the establishment and they can’t control him which shows you just where our politics have come to.  Elections are nothing more than something to make you think you have a choice.  This year I believe we do have a choice.  When the party elites from both parties, foreign nations, illegals and Hollywood are against him, you probably have the right man for this time.

It is our choice. Return to what we once were or keep sliding into a one world order where you have no freedom, no rights, no future.  Try explaining that to your kids.  Why you let that happen.