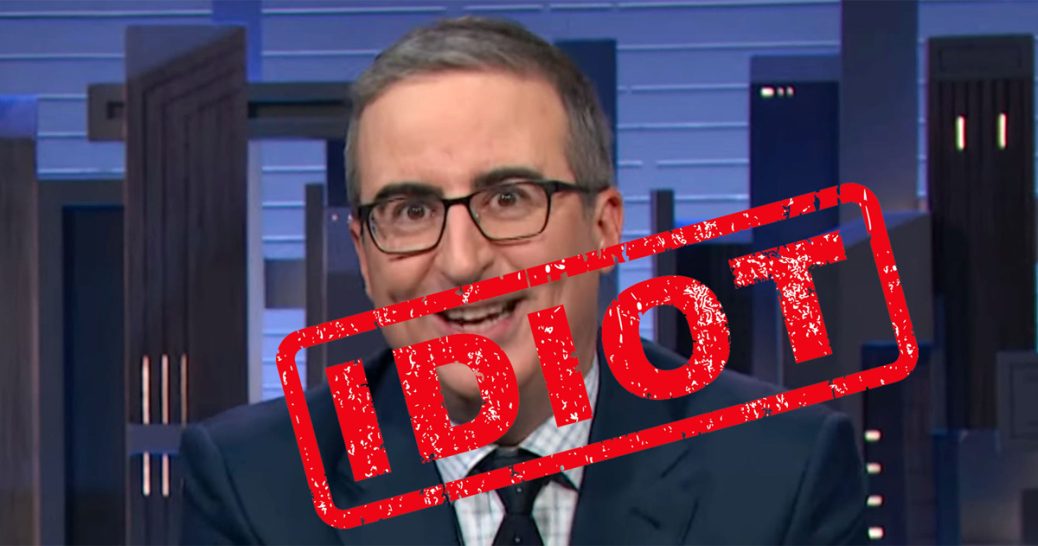 During his recent Last Week Tonight broadcast, Oliver roundly condemned the Dick Wolf-produced cop shows first by noting that if they were medical shows, they would be called “dangerous,” Deadline reported.

“If a medical show was giving us inaccurate information, we would say it’s dangerous,” Oliver said adding that if a doctor show aired false vaccine information, “We’d probably be having a conversation about, [and] that’s essentially what Law & Order is doing.”

From his well-guarded New York studio, Oliver added that it is wrong to portray police officers as consistently able to solve crimes and noted that the several series also seem to excuse police brutality if it leads to a “just outcome.”

Using clips of the shows as evidence, Oliver said it is absurd that they always seem to solve sexual assault cases on the shows when in real life only a small number are ever solved.

Oliver exclaimed that the American system of justice is “flawed” and “riddled with structural racism,” but instead, Law & Order gives viewers “exceptionally competent cops working within a largely fair framework that mostly convicts white people.”

The HBO host added that the franchise “is selling a complete fantasy that too many people in this country are only too willing to buy,” and accuses Dick Wolf of being a propagandist for the New York Police Department like Jack Webb was for the LAPD with his 1960s show, Dragnet.

Oliver did not make mention of the repeated anti-cop theme in the shows, especially Law & Order: SVU, and the many other woke stories and topics. that serve as plotlines for the various series, including Law & Order, Law & Order SVU, and Law & Order: Organized Crime.

The left-wing host also seemed to completely avoid mentioning the massive crime wave created by New York’s lenient justice system that has placed the city and state’s citizens in an increasing amount of danger.

Crime has soared 36.5 percent in New York City as lax bail laws have sent suspects, many with long criminal histories, back out onto the streets en masse. If Oliver was so worried about “realism” for the Law & Order universe, it is odd he did not mention the skyrocketing crime in the very city and state in which the series are based.