Happy Birthday to the U.S. Constitution’s Bill of Rights 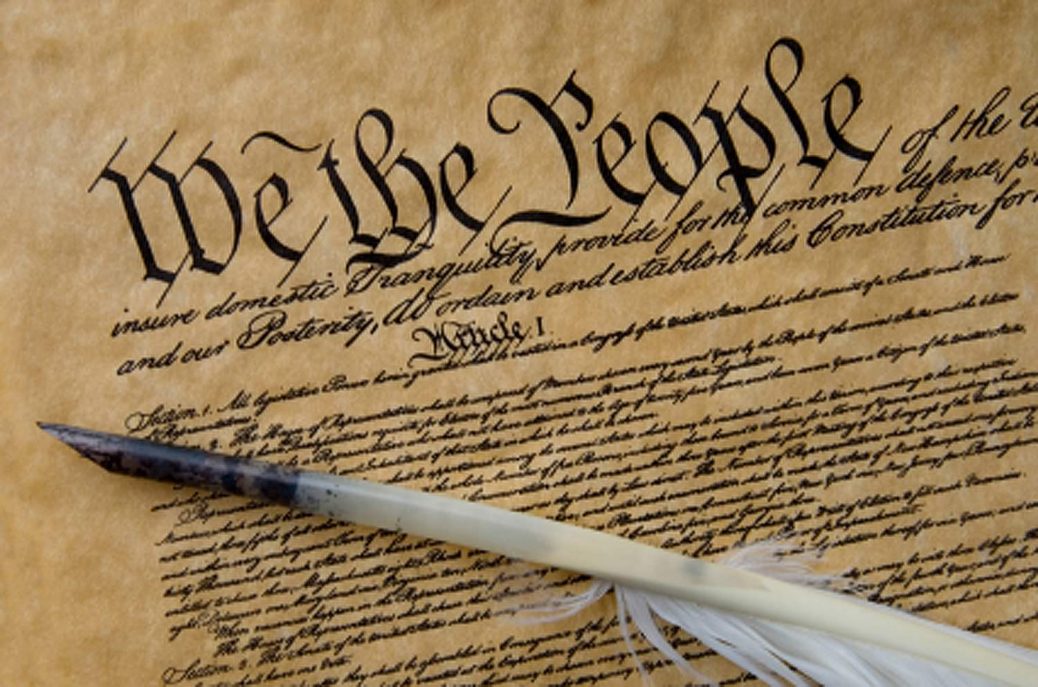 Two hundred and thirty-one years ago, on December 15, 1791, the legislature of the great state of Virginia approved ten amendments to the two-year-old Constitution of the United States. Those first 10 amendments to the Constitution are known as the Bill of Rights. Those amendments were written to answer the critics of the new Constitution. The critics said the document didn’t protect individual liberties. In recent years progressive politicians have tried to weaken those rights. 230th Birthday Bill Of Rights

The amendments were written by future president James Madison.  Initially, there were 39 amendments proposed. The House approved seventeen of the amendments, and the Senate twelve. Out of the twelve amendments submitted to the states, only ten were ratified and became the Bill of Rights. Amendments number 3-12 were the ones approved. The remaining ten were moved up two places, so amendments 3-12 became 1-10.

Originally Madison wanted these rights added to the body of the constitution, but his fellow Congressional members believed that Congress did not have the authority to change the wording of the Constitution, so they were submitted as amendments.’

The original second amendment was finally approved in 1992, 202 years after being submitted to the states. Now it’s the 27th amendment.  Regulating Congressional pay raises, it says,  “No law, varying the compensation for the services of the Senators and Representatives, shall take effect until an election of Representatives shall have intervened.” This gave the voters a chance to vote out legislators who voted themselves a raise.

The original first amendment said there should be no less than one congressman for every 50K citizens. It fell one state short, and that was a good thing. With the addition of new states since then, and the population growth, today, it would need to be approved by another 27 states to be passed, and it’s probably a good thing it wasn’t passed. If you think Congress is unworkable today, just imagine if that amendment was passed.  At a rate of one Rep. for every 50K citizens and a U.S. population of approximately 332.4 million per the US Census, there would be 6,648 members of the House of Representatives. To paraphrase Roy Scheider’s famous line from the movie Jaws, “we’re gonna need a bigger Capitol Building.” And trying to get a majority of 3,325 politicians to agree and pass a bill might be nearly impossible.

The importance of the Bill of Rights is that it imposes limits on government power. It formalizes what the Declaration of Independence called unalienable endowed by our creator. The amendments were designed to keep the government off our backs by setting red lines over which they cannot pass.  This is one reason why the progressives’ bills unduly restricting gun rights or the DOJ’s attempt to silence parents are so frightening. They infringe on the fundamental rights officially approved by the States 330 years ago today.

Congress of the United States begun and held at the City of New York, on Wednesday, the fourth of March, one thousand seven hundred and eighty-nine.

THE Conventions of a number of the States, having at the time of their adopting the Constitution, expressed a desire, in order to prevent misconstruction or abuse of its powers, that further declaratory and restrictive clauses should be added: And as extending the ground of public confidence in the Government, will best ensure the beneficent ends of its institution.

RESOLVED by the Senate and House of Representatives of the United States of America, in Congress assembled, two thirds of both Houses concurring, that the following Articles be proposed to the Legislatures of the several States, as amendments to the Constitution of the United States, all, or any of which Articles, when ratified by three fourths of the said Legislatures, to be valid to all intents and purposes, as part of the said Constitution; viz.

ARTICLES in addition to, and Amendment of the Constitution of the United States of America, proposed by Congress, and ratified by the Legislatures of the several States, pursuant to the fifth Article of the original Constitution.

Congress shall make no law respecting an establishment of religion, or prohibiting the free exercise thereof; or abridging the freedom of speech, or of the press; or the right of the people peaceably to assemble, and to petition the Government for a redress of grievances.

A well regulated Militia, being necessary to the security of a free State, the right of the people to keep and bear Arms, shall not be infringed.

No Soldier shall, in time of peace be quartered in any house, without the consent of the Owner, nor in time of war, but in a manner to be prescribed by law.

The right of the people to be secure in their persons, houses, papers, and effects, against unreasonable searches and seizures, shall not be violated, and no Warrants shall issue, but upon probable cause, supported by Oath or affirmation, and particularly describing the place to be searched, and the persons or things to be seized.

No person shall be held to answer for a capital, or otherwise infamous crime, unless on a presentment or indictment of a Grand Jury, except in cases arising in the land or naval forces, or in the Militia, when in actual service in time of War or public danger; nor shall any person be subject for the same offence to be twice put in jeopardy of life or limb; nor shall be compelled in any criminal case to be a witness against himself, nor be deprived of life, liberty, or property, without due process of law; nor shall private property be taken for public use, without just compensation.

In all criminal prosecutions, the accused shall enjoy the right to a speedy and public trial, by an impartial jury of the State and district wherein the crime shall have been committed, which district shall have been previously ascertained by law, and to be informed of the nature and cause of the accusation; to be confronted with the witnesses against him; to have compulsory process for obtaining witnesses in his favor, and to have the Assistance of Counsel for his defence.

In Suits at common law, where the value in controversy shall exceed twenty dollars, the right of trial by jury shall be preserved, and no fact tried by a jury, shall be otherwise re-examined in any Court of the United States, than according to the rules of the common law.

Excessive bail shall not be required, nor excessive fines imposed, nor cruel and unusual punishments inflicted.

The enumeration in the Constitution, of certain rights, shall not be construed to deny or disparage others retained by the people.

The powers not delegated to the United States by the Constitution, nor prohibited by it to the States, are reserved to the States respectively, or to the people.