Fake News – The Woman’s March for what? 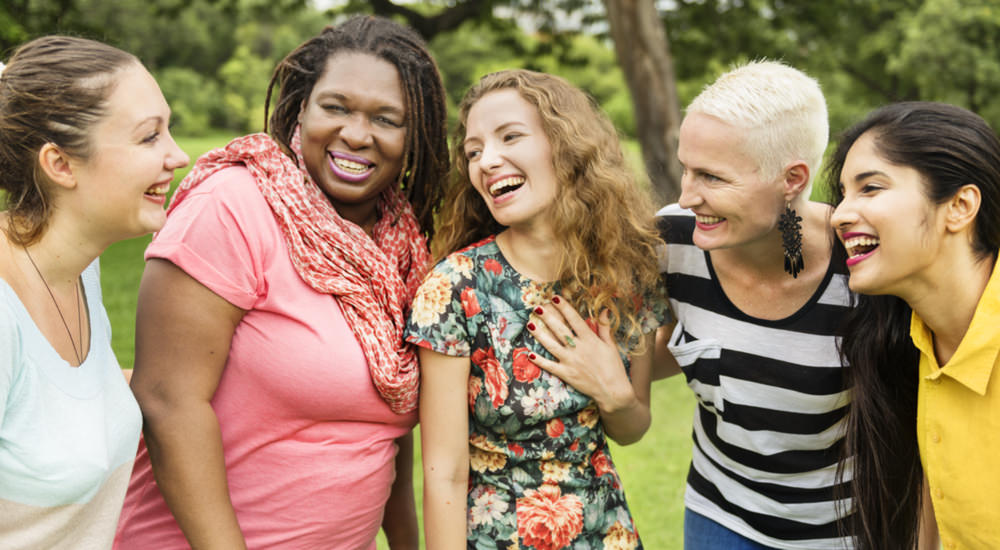 Almost all the women I know are liberated women.

They think for themselves and run their affairs competently. While maintaining their feminine identity, they don’t compromise their viewpoint and worldview, not to men and even not to other women. They have developed a symbiotic relationship with men, especially with men they respect and love, and have developed equal partnerships that are enduring. They don’t feel that their lives are restrictive and they can do anything they want without limitation. They don’t have the bonds that men have. They can work or not, have a family or not, work and have a family or not, be married or not, wear any clothes they want or not, be a ballerina or an athlete, a soldier or mother, be an adventurer or sit quietly in a bay window reading a book or not. They are the perfect example of what it means to be liberated, and they are greatly admired by men, men who might be slightly jealous of their freedoms and advantages.

But it is not all roses. Biologically, women suffer, but it is that suffering that gives women a perspective that men can never experience or understand, even with a sex change. Like a wound that is healing, suffering makes women so much more sensitive to the world. It makes emotions like a Van Gogh painting rather than a paint by numbers that men get. It makes heartache and a child’s stare, pride in someone else s achievements and even holding hands more than a man’s newsreel of the event. It is probably what makes a woman trust in a man when all evidence points to the contrary. It is what makes a woman at a complete loss to understand a man and a man to not have the slightest comprehension of a woman.

This leads me to the point of this article from a man’s perspective. There must have been a reason why 5 million women turned out on the streets all over the world. Interviews were done by the media of the people in the march, and many different answers were given. “second class citizen” ”my voice is not heard” “I am not provided opportunities in this life” “I don’t have control of my body” “I am not respected” “I am undermined” “I am a victim” Maybe the answer is that each had their own reason, although none of these reasons seem to fit the women I know and none of these seem to fit women around the world who are not as privileged as Americans are. There were two other reasons expressed.

Several signs expressed concern about abortion. This was not a choice issue since women expressing a pro-life position were not even allowed to express their choice. This was all about their choice to kill babies. I don’t understand why a mother would ever want to kill their kids, but obviously, some women want to make that choice. Some expressed fear that that choice would be taken away, but I have yet to hear anyone take that position. I have heard someone say that abortions should be as rare as possible, but have never heard someone disagree.

“Dump Trump” seemed to be a common occurrence on signs, which seemed to be a little silly, since now that he is president, he will not be removed from office. President Trump has been accused of being a misogynist (a woman hater) but there is no reason to conclude that. He seems to have great affection for his wife and daughters, not hatred. I think some women are put off by his coarseness, but they would have to be equally offended by the crude signs that were carried by misogynist women to the point of not wanting their children to see them. President Trump has surrounded himself with some of the most capable and admired women in the entire world. KellyAnne Conway is a perfect example of a woman that any woman should admire.

One final thought about the willingness of women wanting to lower themselves to the level of men with their crudeness and vulgarity. Some foul mouthed women pride themselves with demonstrating that they can be just like the boys. These misogynist females have forgotten what it is like to be a woman, or maybe never really knew. I know that it is popular to be crass and revolting, but it is not attractive to most women and certainly not to all men. Women want to point to the great strides they have made in equality, but look at what they have lost at being feminine. Most of the women at these demonstrations were liberals, very few were conservatives, it was a liberal’s March, not a W omen’s March. One could conclude that conservative women think of themselves as being liberated whereas liberal women are still in their own self-induced bondage.