If the British Spied on Trump, Obama’s Team was Involved

Quite regularly new revelations appear about the myriad intelligence operations launched on Donald Trump and his campaign.

Quite regularly said charges and accusations are vehemently denied by an array of U.S. Federal agencies and departments along with multiple levels of senior management in those agencies and departments.  Equally as often, evidence appears to demonstrate that multiple levels of the “swamp” truly have been engaged in nefarious activities they are adamantly fighting to keep hidden.

Mentioned below is still another lie exposed clearly demonstrating that Mr. Trump and his campaign were the focus of an intelligence operation, this one involving our supposed strongest ally, Great Britain.  Additionally…prima facie evidence demonstrates the Obama Administration, and specifically Susan Rice, National Security Advisor for Obama, was directly involved.

Apparently, The GCHQ head, Hannigan who signed this document, left the agency 3 days after the Trump inauguration.  If proven authentic, this document reveals he collaborated with Susan Rice to illegally spy on Trump. 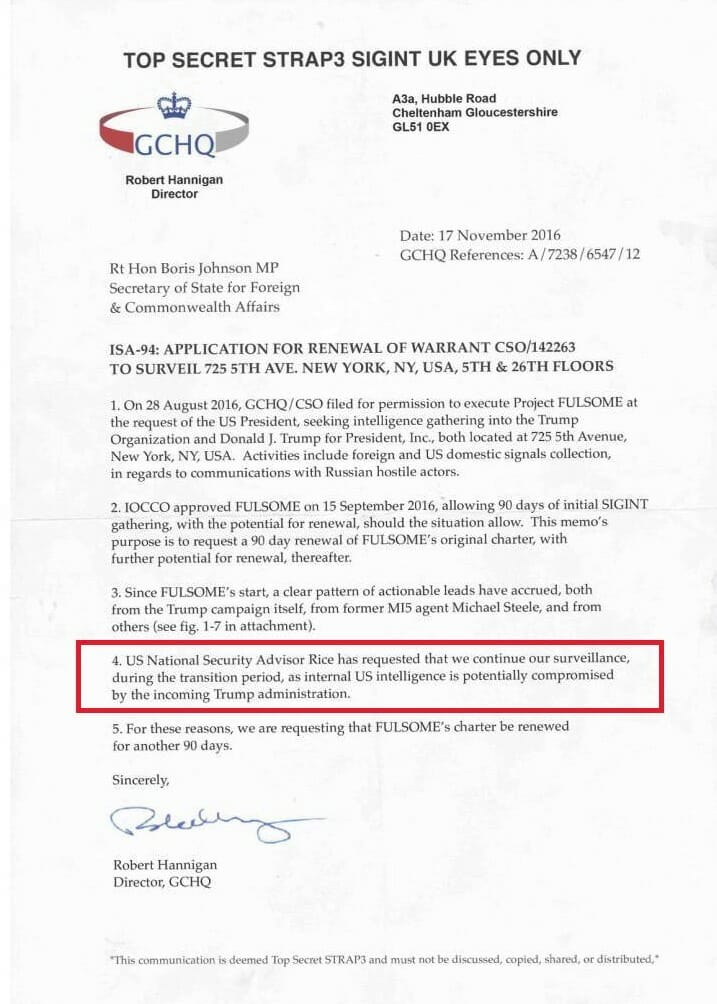