Biden Pushing New IDs for Illegals to Give Them Backdoor Legalization 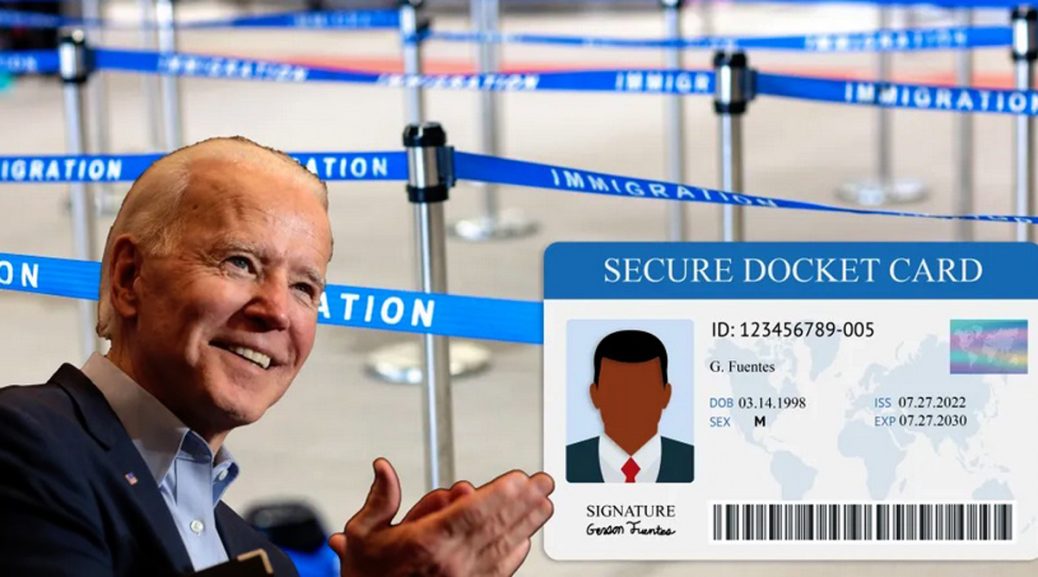 The Biden administration is proposing a new federally sponsored ID for all illegals as a backdoor way of giving them a quasi legal status with new IDs that will give them all the benefits of citizenship except the right to vote.

Biden’s proposed plan labeled the Secure Docket Program would dole out federally recognized IDs to illegals that would allow them to travel, open bank accounts, get jobs, get welfare, and everything else a legal ID allows except access to the voting booth.

New Jersey Republican Congressman Jeff Van Drew blasted Biden’s plan in his competing bill that he calls the “No IDs for Illegals Act.”

The Biden administration’s ICE (Immigrations and Customs Enforcement) is developing a new type of identification card for immigrants, including undocumented immigrants, at the U.S.-Mexico border.

Called the Secure Docket Program, each card would include the person’s name, photo, nationality, and a QR code linking to an online portal where they could access information such as their next scheduled hearing date with an immigration court…

The No IDs for Illegals Act would ban federal funding for Biden’s possible planned Secure Docket Card identification system for undocumented immigrants, before it even gets off the ground.

As Hot Air’s Jazz Shaw noted, critics of Biden’s plan find that the IDs for illegals is a terrible idea:

According to Van Drew and others who oppose these new ID cards, plenty can go wrong. First of all, this entire system will be funded by the taxpayers. Why should such expenses be incurred for the benefit of people who entered the country in violation of our laws? And rolling this entire plan out will obviously bring additional costs that haven’t even been estimated yet.

More to the point, giving someone a federal identification card immediately bestows an impression of “authorization” upon them. Anyone checking that ID who is not familiar with the system might immediately assume the person is legitimate and legal because they hold a federal ID card. The cards could be accepted when applying for public benefits not authorized for illegal aliens.

The card is not designed to enable people to vote, but concerns have been raised that it might wind up being used that way. After all, we have a hard enough time keeping track of the voting rolls for actual citizens. What will happen at the county election office when someone rocks up with this federal ID in their hands? If there is no home address on the card, that might cause them to be rejected, but replacement cards with addresses probably won’t be too far off in the future if this program is approved.

Democrats will never cease trying end runs around the law by “plans,” “programs,” “regulations,” and “practices.”