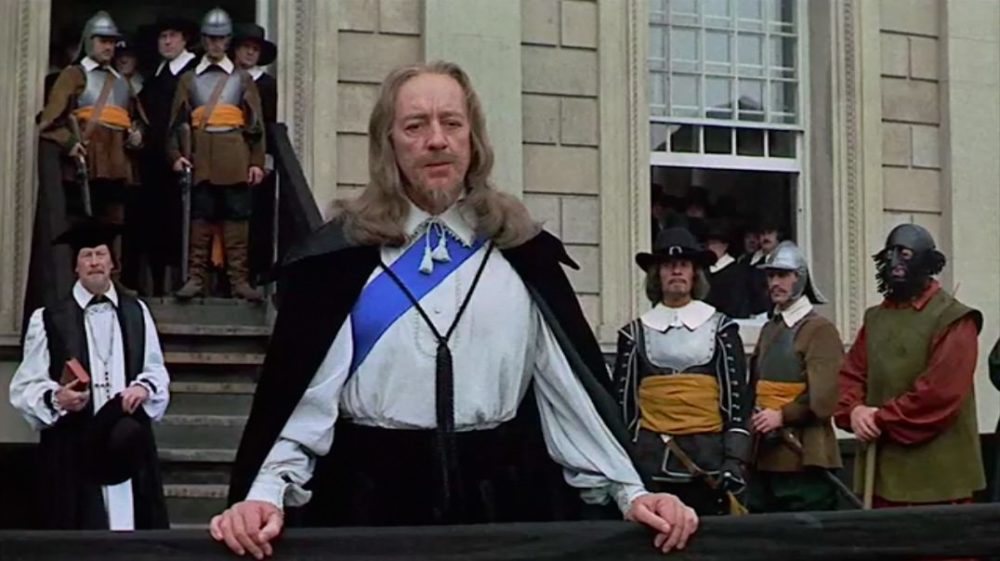 My friend, Riley J. Hood, expresses so well what I myself have often thought, that I’ll just repost his words on the topic.

“Even a fool, when he holdeth his peace, is counted as wise:
and he that shutteth his lips is esteemed a man of understanding.” Proverbs 17:28

In 1994, I saw a very entertaining movie about Oliver Cromwell, appropriately called, “Cromwell.”  In the movie, King Charles I was played by Alec Guinness, who said to the Thomas Stratford character, “My lord Stratford, you’re too loud, it’s most distressing to the ear.”

Stratford’s ravings are nothing compared to today’s left-wing mob.  These agitators promote their evil agendas, while claiming their wicked deeds make them happy.  If Liberals, Socialists, Muslims, Homosexuals, and Feminists are so happy, why are they always screaming?  Most people yell, or scream from time to time, but they are honest enough to admit they are upset, they don’t tell you how happy they are.

Take Homosexuals, if they are so happy, why are they screaming?  Trump is a “pro-gay” President, America won’t be great again anytime soon, because Trump caters to their evil deeds.  Why the screaming?  Unless dressing in drag with Giuliani and their other activities doesn’t make them happy.

I have never seen, nor personally talked to, a Muslim who didn’t issue a threat, or start screaming, or try to talk over me after a few minutes.  Muslims will tell you they are happy in their sense of false superiority. They have Allah, so they have everything, yet even in Islamic countries; they are always fighting and screaming. Maybe they aren’t happy?

If the Feminists are so happy in their womanhood, why do they have to wear those hats?  Why are they always screaming?  Because trying to be men doesn’t make them happy, or feminine for that matter.

I could go on but you get the picture.  MoveOn, Black Lives Matter, and the rest of the Left are shrieking and issuing threats.  The American People have had enough browbeating from weirdos to last a century.  Seeing how the Police have orders to not arrest these people, maybe a cop can bring them soda and donuts and tell them to “have a coke and a smile.”