Your Money is Being Stolen 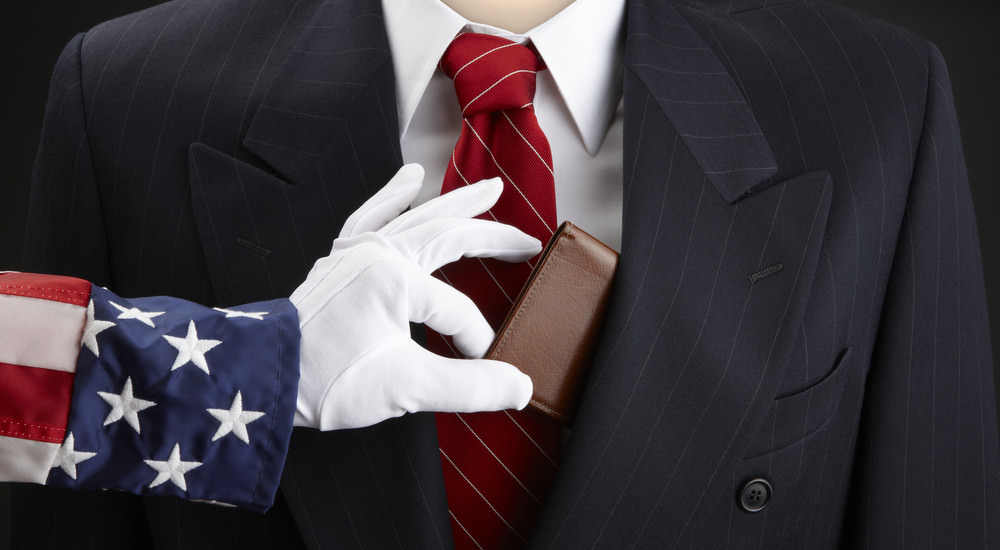 Many people do not realize the money they earn for their survival and trade is being taken from them every day.  The thief is not some nebulous concept called” inflation” but the concrete actions of the United States government we have hired to protect us. You may ask, “ How can that be?”.  It is done by a method of government mismanagement in yet another sector of the economy the government has taken over.

If a private individual told you they would issue you $100 and guaranteed if you buried it and dug it up ten years later, it would all be there and be worth just as much as the day you buried it ,you would agree this would be a safe proposition.  However if you dug it up ten years later and only half of the money was there you would consider yourself defrauded.  This for graphic purposes is exactly what is happening to the money you earn every day except it is the method of devaluation of your money that is hidden and evaded.

The government tells you inflation is under control yet they reveal through their budgeting and their entitlement venues that adjustments are necessary to keep up with , you guessed it, inflation. How could there not be inflation , meaning your money is worth less each day that passes, when money must be printed to cover the spending that the government continues to promote and execute?  If you decided that you needed to expand your reach financially and could not generate enough revenue to do so the only way you could pay your bills would be one of three ways.  First you could rob someone who had money ( i.e tax ).  Second you could counterfeit enough money to meet your needs.( i.e inflate ).  Third you could borrow enough to cover your excessive lifestyle.( i.e borrow using the above two other methods to pay back the loan ).  Of course if you were an entrepreneur and could create a market for trade you could create legitimate wealth and embellish your lifestyle properly.  But if you were a fumbling parasite intent on living beyond your means you would need to resort to one or all of the three options mentioned above.  Since the government has no entrepreneur characteristics they resort to all three of the nefarious means to live beyond their means.

The method that destroys the purchasing capabilities of the citizens of a country and therefore their living standard is inflation.  When the government pours more money into the economy than there is backing, the same thing happens that would happen if a bank suddenly decided it would dump money into the street until it became so abundant it would become worthless.  This is what happened during the American Civil War when the Confederacy issued money in such quantities that it became worthless.  It happened in the Weimar Republic of Germany when it took a wheelbarrow full of money to buy a goose. And at the root of the problem was  the government spending and spending as if there were no tomorrow. But today is yesterday’s tomorrow.

It really shouldn’t be too difficult to understand this thievery.  Everyone who produces anything knows that if they have more product available than they have buyers for their product the price has to be cheaper if they intend to sell it.  Corn farmers know that if there is a huge crop and few buyers, the price of corn drops.  OPEC knows that if they pump oil and glut the market the price of oil drops.  This is also true of money.  Too much money in the economy means there is more money than can be transferred into goods and services.  And this means the money takes on less value.  And this means your money is worth less because the agency printing and distributing the money like the state run bakeries of the Soviet Union made bread cheap by overproducing.  If the price doesn’t cover the cost of production and distribution a deficit emerges in the treasury.  Something has to cover the deficit and here we see the depreciating money demands more printing borrowing and taxation and feeds upon itself to heat up inflation and take money out of the pockets of those who are producing wealth.

This is why your paycheck shrinks in value and the tragedy is there is so little understanding and awareness of this robbery that unless it reaches crisis proportions ( as it historically has and must do ) no one protests,no one objects and this apathy leads to the level of monetary depreciation previously described where small denominations are discarded and today’s dollar becomes tomorrow’s penny.

Dismissing this ongoing stealing as something that cannot be avoided and turning on a sitcom to giggle at bad jokes is only contributing to the work of knaves counting on an apathetic citizenry.  A simple letter asking , “ Why is our money worth less than it used to be and what are you going to do about it?” would stir some concern with those who know what is going on but hopes no one will catch on and complain.  We are is a hostage situation of our own making.  We, like the serfs of old, are enabling the robbers to rule under the pretense they know what is best and that they represent our interests.  We excuse their ever growing influence and degrading of our currency as if a trend will not lead to the results of the past trends duplicated today.  This trend will continue without expectations of a reversal.  A new trend that limits the role of government is the only alternative to this passive acceptance of monetary destruction and ever increasing power of some people over others in the name of government “protection”.  For those who say nothing can be done, I invite them to look at what has been done destructively by hoodlums spending what they cannot afford while asking more from those paying the bills.  A belief that only the crooked can advance destruction and the good cannot win in the long run is a denial that life can triumph.  Man has not advanced to a civilized state to let the predators triumph.   Make no mistake, predation is the way of the power hungry varmints debasing our currency and acting as if there is nothing they cannot accomplish if only they had the power to order everyone to comply with their wishes.  This was the creed of the tyrants throughout history and of the would be tyrants of today.

This choice will always be a choice for those who want to live by the work of their ability and the conflict they experience dealing with predation.  The fight will go on and it is only the early recognition of the struggle that will reduce the extent of the battle.  The worth of your money will give you a clue of the trend and who is winning.  If money increases in value the trend is favorable.  If lead pennies and paper notes become dominant the chaos of inflation is on the horizon.  Mark Twain once said. “ Everybody talks about the weather but no one does anything about it.”  Today everyone talks about the increasing cost of living but no one talks to those who are contributing to this under the title of “representative’.  Maybe the parasites don’t want to listen but they cannot carry us down with their irresponsible policies unless we sanction them.  They need to know that we know what the nature of their game is and it is a zero sum game where nobody wins.  They talk of withdrawal from that which cannot be won but they refuse to resign their position.  What’s wrong with this picture?