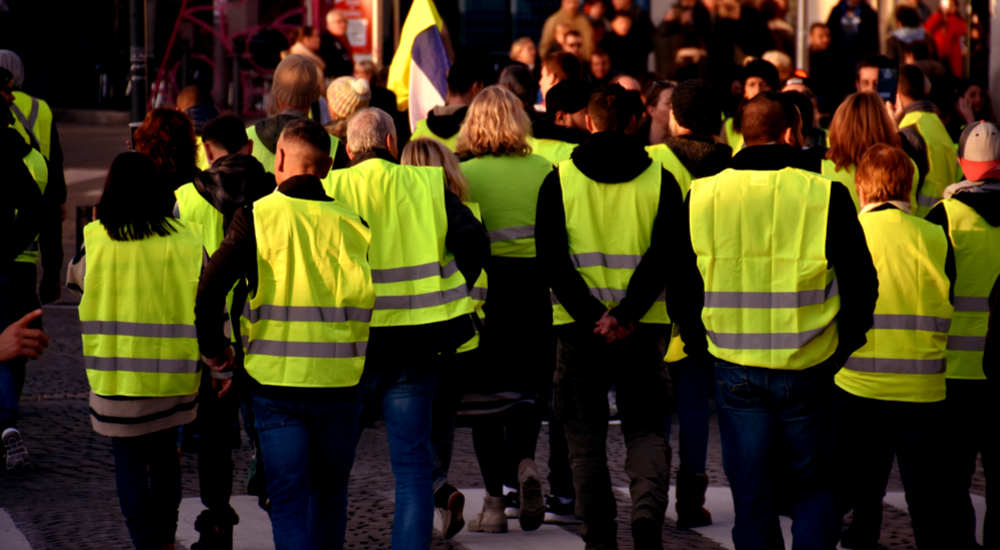 In five of Canada’s provincial correctional system, the majority of inmates have not been convicted of a crime. Instead of being arrested for treason, Trudeau may arrest Yellow Vest accusers who, unlike him, are innocent…

It is with extraordinary courage facing this, the Canadian Yellow Vests protest against the Communist Trudeau!

Tom Engel, a defence lawyer who focuses on prisoner justice issues, said other than the food (which inmates tell him is better than at the old remand centre in Edmonton), he hasn’t seen improvements in health care or how prisoners are treated by correctional officers at the new facility.

Another concern is that there are no in-person visits, he said. Visitors can only speak to loved ones through off-site video terminals.

“For some reason, these people, who haven’t been found guilty of anything, are denied this very important (contact with) family and loved ones,” he said.

Many court appearances are done by closed-circuit TV, limiting the need to transport prisoners 15 km to the downtown law courts.

In five of Canada’s provincial correctional system, the majority of inmates have not been convicted of a crime. These inmates are on remand — being held in custody before their trials. Alberta went from having the fourth-highest remand population in 2010/11 to having the highest in 2015/16. The new Edmonton Remand Centre — the largest jail in Canada — opened in 2013.

The majority of people incarcerated in Canada are on remand—denied bail and incarcerated in advance of their trial—and therefore, are legally innocent. This could well happen to Canadian Yellow Vests who are far more innocent than Trudeau accused nationwide for treason…

In 2016, Canada’s crime rates hit a 45-year low. At the same time, paradoxically and with resounding silence from the public, incarceration rates hit an all time high.

Originally influenced by the controversial foreign-investor globalist private-prison craze that swept the United States – where for-profit businesses now run approx. 150 prisons housing about 150,000 inmates – the Remand Centres are even more Communist oriented, where the majority of inmates are not accused of a crime and are not found guilty of anything.

It is with extraordinary courage facing this, the Canadian Yellow Vests protest against the Communist Trudeau!