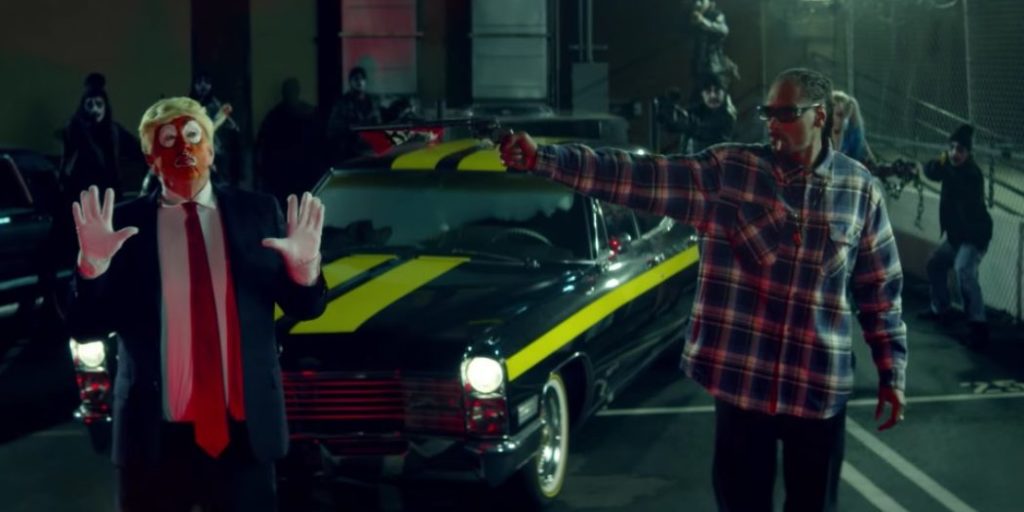 Under certain circumstances, First Amendment protection of expression is not absolute. For example, causing a panic by uttering the false claim of fire in a theater. Such incendiary acts are disallowed precisely because they endanger public safety. In our contentious political realm, the social fabric of our culture is under equivalent attack by anti-American forces.

Naturally, that number does not include peaceful protesters. That assumes the MSM could bother to find any. For years now their spotlight has been exclusively trained on Black Lives Matter and/or other divisive figures detrimental to the healthy functioning of our democracy. In that regard, disagreement doesn’t entitle anyone the latitude to threaten members of the Electoral College, the president, his wife or the White House itself.

Some fifty days into the Trump presidency all of the above has now occurred. In fact, the drumbeat of sedition started well before The Donald even assumed office. Recall that GOP electors in the Electoral College were hounded—even receiving death threats—if they cast their ballots for him! (Of the 270 required, Trump ultimately prevailed with 304, but lost two votes due to a pair of faithless electors.) To that end, anti-Trump Hollywood celebrities encouraged them to go rogue (via a viral video). Still, the gauntlet was really thrown down one day after the Inauguration. At the Washington’s Women’s March, singer Madonna announced she had “thought an awful lot about blowing up the White House”.

Today another attention seeking rapper, Snoop Dogg, has followed the Material Girl’s lead. In a music video called “Lavender”, he shoots “Clown-In-Chief Ronald Klump”: a Donald Trump look-alike in clownface. (His weapon is a Joker-style prop gun with a ‘BANG’ flag so “President Klump” is unharmed, but the message of metaphorical assassination is clear.) True to form, an understandably miffed Trump tweeted, “Can you imagine what the outcry would be if @SnoopDogg, failing career and all, had aimed and fired the gun at President Obama? Jail time!” That’s actually an astute observation despite its surface meaning. For starters, it’s highly unlikely his predecessor would have been the subject of such a stunt. After all, can one imagine Snoop Dogg having the temerity to shoot a clownish caricature of Barack Obama?

To that end, Mr. Obama habitually employed methods to silence dissenters. That’s why on January 2, 2014 CNN’s Jake Tapper stated, “the Obama administration has used the Espionage Act [the draconian 1917 law] to go after whistle-blowers who leaked to journalists … more than all previous administrations combined.” That law, coupled with others, was used to obtain the email and phone records of Fox News’s James Rosen. Even a New York Times reporter, James Risen, was not immune. He fought a successful seven-year battle to protect a confidential government source with a potential jail sentence hanging precariously over his head. Still think Snoop Dogg would have dared to cross Obama as he did Trump?

Unlike with the last guy, public figures’ lips are flapping with unfiltered abandon. The difference with past generations is political dissent was generally principled and civil, not based on a cultish devotion to a set of ideas, or automatically demonizing the other side. To make a political point for today’s objectors, is it right that their messages be so acidic and deliberately personal? As bad as Snoop Dogg’s video is, his nephew Shad Moss (a.k.a. Bow Wow, formerly ‘Lil’) took things to a new low with a salvo directed unfairly at Melania Trump: “Ayo @realDonaldTrump shut your punk ass up talking shit about my uncle @SnoopDogg before we pimp your wife and make her work for us.” Certainly, such a throwback attitude has no place in our evolved 21st century sensibilities. That means mutual respect between the sexes, not objectification.

Contrary to Bow Wow’s demeaning view, all first ladies are apolitical symbols of American grace. Thus, these types of malevolent statements are completely beyond the pail. Would such misogyny be tolerated if it had been directed at Michelle rather than Melania? Where’s the feminist outcry in Mrs. Trump’s defense? This is yet more maliciousness from a growing list of wacky Hollywood entertainers. A disturbing trend already tiresome in the fledgling Trump era.

The selective outrage was on full display only when it came to defending Mrs. Obama. Recall the firestorm when Pamela Ramsey Taylor, director of West Virginia’s nonprofit Clay County Development Corp., posted this unkind comment to Facebook, “It will be refreshing to have a classy, beautiful, dignified first lady [Melania Trump] in the White House. I’m tired of seeing a[n] Ape in heels”. In this instance, First Amendment freedoms—which are supposed to protect unpopular, even offense speech—did not shield Ms. Taylor from being fired from her job. (Amazingly, the fallout didn’t end there. Local mayor Beverly Whaling also resigned over the controversy for posting a supportive reply, “Just made my day, Pam”.) So much for freedom of speech when it comes at the expense of a Democrat.

By any objective measure, isn’t Bow Wow’s first lady tweet targeting Melania as cruel as what was said of Michelle? Thus, the larger question looms: why the deafening silence in March of 2017 to the same venom that provoked fury in December of 2016?

Ah, the difference a presidential transition and a few months make; a tectonic cultural shift! Still, the underlying answer is that anti-First Amendment political correctness was weaponized during the Obama years. Then, for any reason under the sun—legitimate or not—no one could publicly criticize the Obamas without being absurdly labeled as a “racist”. From the fawning press to the eyes closed court of public opinion, virtually everyone treated the Obamas with kid gloves. This dynamic is further borne out by the fact that both remain widely popular despite his disastrous presidency and her coddled sense of entitlement (read: Air Force One travel, designer duds and 5-star White House living weren’t enough for the missus. Michelle wanted to be paid to be first lady).

Unfairly, the Trumps have received extremely rough treatment compared to their indulged predecessors. I can recall no personal attacks leveled at Mr. Obama during his job-killing, government-expanding, debt-exploding tenure. While his gargantuan mistakes (read: Iran, Benghazi, Bergdahl, criminal aliens/porous border et cetera) and massive scandals (read: ObamaCare’s broken promises, IRS targeting, Snowden’s leaks and CIA spying et cetera) were repeatedly downplayed with the MSM’s softest language. What should have been months-long newspaper filling Nixonian exposés were reported as one day stories, quickly dropped. Contrast that to the daily slings directed at Donald Trump. He’s even denied the presidential tradition of a honeymoon! Beyond that, his administration, unlike Obama’s, is under the media’s microscope that wildly exaggerates the slightest missteps.

Rough treatment includes real or fictional threats of harm. That includes Snoop Dogg’s character assassination of Trump—and his nephew’s carnal call to engage Mrs. Trump in the world’s oldest profession. Neither affront should be excused as a byproduct of our age’s lack of civility. Likewise, Madonna’s anarchist desire to incinerate the presidential residence should not get a pass.

Why should these lawless agitators enjoy First Amendment protection simply because they are geographically separated from their targets? A call to destroy the people’s house. A veiled threat to the president’s life presented as an artistic farce. A disrespectful tirade that belittles the presidential couple, threatening her with servitude. All are tantamount to yelling “fire” in that theater. Indeed, all statements strike at the heart of American’s foundations that promote order and peace. Specifically, such anti-social communication incites violence by broadcasting alienation and mistrust. That, in turn, preys upon the impressionable to do wrong. The end result makes everyone less safe, keeps our society perpetually fractured.

For proof, one only need look to a U.S. president who was actually assassinated by a Hollywood actor. Today, that leader, Abraham Lincoln, is revered because he held the Union together despite the forces of chaos arrayed against him. His now famous words are ones all future rabble-rousers should heed: “A house divided against itself cannot stand.”