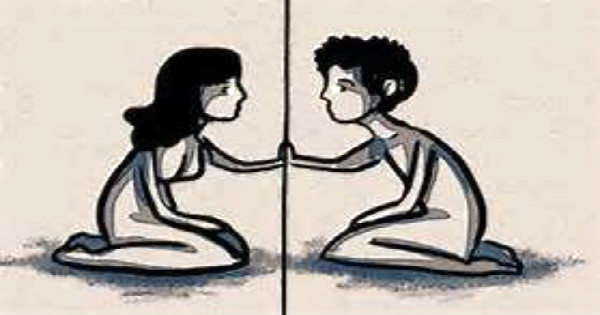 BOISE 3/6/17–One cannot escape the transgender irruption spewing its lava everywhere even in the Hinder-lands, if Idaho can be considered such. It IS a conservative and family oriented state.

The March 3rd issue of the Meridian Press, an area weekly,  had a feature headlined: Support Gender Inclusive Facilities at Schools. That piece (command?) was written by Jennifer Gess, Ph.D, a professor for Walden University and has a private counseling practice in Boise. She consoles-makes feel better–transgender children, youth and families to let them know they are as normal as anybody else.  How’s that again?

She praises Obama for using Executive Orders to push Title IX, meaning that XX (females) and XY (males) can pee and shower with any X combination they wish. Babbling on, she scribbles that this order protected transgender students from bullying, discrimination and harassment in the bath rooms and locker rooms.  Well duh! They would have brought that upon themselves by entering an intimate facility where they do not belong.

Ms. Gess then proclaimed after the Title IX (bathroom) Bill passed; “The transgender students I work with, immediately felt acknowledged, validated and normalized knowing the Obama Administration supported their existence.” Yep, that’ll do it every time.

She also pounded her keyboard to push front and center that there were those who objected to this “right” to pee wherever they want with whomever they choose. One of those she blasted is President Donald Trump who reversed that order, bringing common sense into this issue which was in short supply during the last administration.

Professor Gess lectures schools in her state regarding the necessity of allowing any sex to pee with any sex. This, do doubt, gives a sense of togetherness. OK Fellas, pull up your skirts and aim carefully.

She scolded the schools in her state that do not want this guidance from her and criticized them for basing their prejudice on ‘pathologizing” (interesting new word) views of transgender individuals, meaning that built-in sex organs is of no significance to their identities. We suppose that knocks out Genesis once and for all.

This is why she spends so much time lecturing on bathroom inclusivity (another Gess word) to combat resistance to this pee-where-you-will-with whomever you will– whenever you will. Before entering a bath room, straights must now ponder this specific situation;’To pee or not to pee.That is the question.’

That mean ole President Donald Trump had the insensitivity to reverse that Obama toilet bill. SHAME on him!“Don’t you know”, the professor bellows on, “that resistance to this social reconstruction of life affects the transgenders so much that additionally, many clients I work with experience urinary tract infections due to their fear of being harassed in the bathroom?”  Wow! We just learned something.

Dr, Gess said that parents must be educated on this issue. Well, she certainly educated this writer with that statement. We never had any idea that not accepting men and boys in dresses entering girl’s bathrooms and showers, causes urinary tract infections. We learn something new every day.

The whole point of this professor and counselor is summed up by her suggesting “that schools put transgender advocates on a school panel to share their stories and ‘normalize the experience of transgender individuals.”  By this standard, it appears that the rest of us are abnormal.

Sometime ago, inmates escaped from the Insane Asylum. They were all rounded up and stood in line at the front of a desk. “What is your name?” the guard demanded of the first in line. “Napoleon” said the inmate. “And WHO gave you that name?” the irritated guard demanded.  “God did,” he answered defiantly. A voice boomed out from the middle of the line: “I DID NOT!”

It is a mental problem to think that you are someone other than who you are. There are those with delusional grandeur, believing that they are a rich and famous when they are anything but. For a parent to encourage their child in transgenderism is a form of child abuse, according to a long list of distinguished hospitals, doctors, psychiatrists and psychologists. To do so is to mentally impair them for life.

Transgender identity is listed in the  Diagnostic and Statistical Manual of Mental Disorders (DSM-5) as “Gender Dysphoria.”  That means a mental health problem that should be treated. It is time to treat mental illness, not celebrate it. We must stop encouraging young people from taking on this false identity which many time is merely to bring attention to themselves.

Kids will do wild things to feel they have gained some significance. The Communist Fake News papers encourage all things LGBTQ and even top level magazines such as National Geographic have added to this confusion by doing an entire front cover story celebrating a transgender little boy (for being ‘an individual’) which will encourage other kids to take that route since the attention gained is so great.  This IS child abuse.

Parents cannot and must not pamper their children in all of their ideas and conduct. If so you are shirking your duty as a parent. You are to GUIDE your children correctly until they are grown. If done properly and you do it responsibly, they will continue to come to you for advice as they grow older. Right now, parents, you are failing! Correction. You HAVE failed.

There is a crowd mentality which in itself gives strength to the feeble minded. And look at the support for obscene language and behavior that has swept up a multitude of people including pastors who have been drawn in to support these causes that are so destructive.
Meanwhile, these “transgender” kids see movie stars pretending to be someone else, even royalty, and becoming wealthy doing so. The lives of these celebrities are all self centered. Their pursuits of insatiable pleasure and immorality combined with their drinking and drugs in excess makes them mental wrecks.

They go on TV programs to discuss their sexual fetishes and use the “F” word constantly. The stars of today are not groomed, have no class, dress like bums with unwashed hair and don’t care how they look. And impressionable young people are watching them and, learning from them. Great examples for our young people.

Watching these ‘celebrities’  with envy are...the preachers who have compromised The Bible, preach sermons that merely tickle ears with pleasant messages about heaven automatically awaiting us…as long as we only believe with no other responsibilities to Jesus. And these same pastors, wanting to get into that limelight, write glowing reviews for films such as, Moonlight, a story about homosexuality.

One pastor writing for a Christian (?) magazine says this is a good film that allows us to walk in the shoes of another life so we can better understand what makes a person tick. He recommends that we all see the flick which displays passionate kisses between men prominent on the big screen. Yuk!

Next a Christian news service published a glowing review of the film abomination, The Shack which is blasphemous, brimming with New Age Religion elements where everybody goes to heaven. In this spin the film has a black woman as God. Swell. The church itself is to blame for the confusion and unrest in this world. They have turned their back on church teachings and have totally compromised the Bible. Meanwhile, the people, without real Christian leadership, have crashed and burned.

I remember years ago asking one young man if he planned to be a pastor. “Yea,” he answered, “that sounds like it would be a lot of fun.”  And that is the collection we have behind the pulpits today.

God has given specific rules to deal with your families.  Confusion rises when God’s Word is dumped to comply with worldly standards. Do not abdicate the sacred responsibility God has assigned to you. Do not agree with destructive ideas to gain ‘acceptance,’ or even love. If so that will all be short lived.

Parents and Pastors: stand firm with the duty God has entrusted you with. You are not to agree to destructive conduct period. To do so makes you a contributor to somebody’s ruin. Tell the confused what GOD says in His Word about any situation they find themselves in. The answer to everything is right there, and it is the preacher’s job to proclaim that.

And by the way, sin weakens any and all who indulge in it. This is why the Communists are pushing for a blur of identity–erasing the lines between male and female. To fall for any of this, anything away from God, makes you vulnerable to being taken over by tyrants. Then it will be too late to say, “I wish I hadn’t done that.”

Final Note to Readers. The reference to transgenders above does NOT include those unfortunately born as hermaphrodites, having both male and female sex organs. That is a very painful issue to deal with and as a chaplain have personally witnessed that pain. See my story: Heart to Heart Talk with a Transgender. Here is the link:http://www.renewamerica.com/columns/miles/160603