WWJC – What Would Jesus Command? 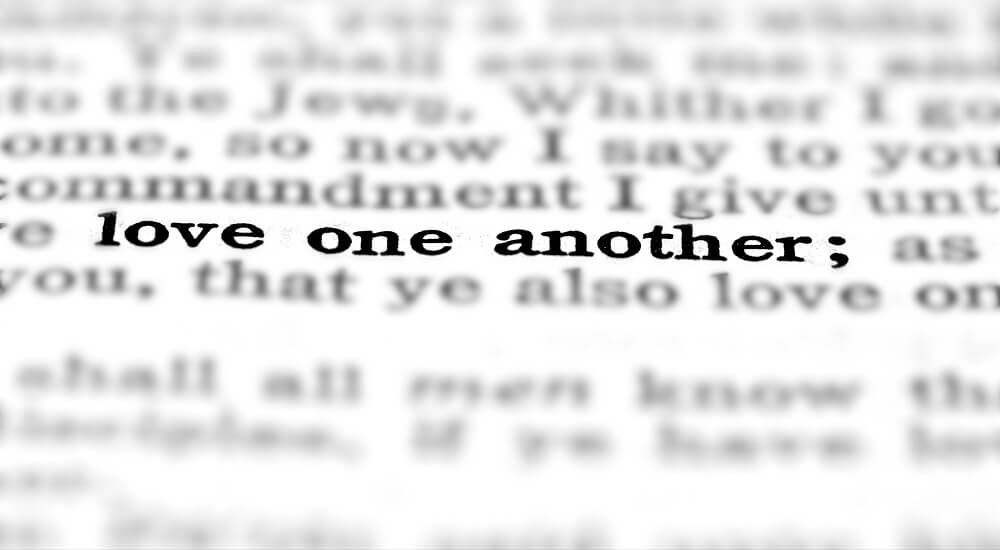 An array of Christian relief organizations are busy day in and day out providing aid to the poor, to disaster victims and to refugees.  This work is so far beyond anything I have done that I feel “Who am I to criticize any of them?”  But criticism there must be.  For there is little point in providing some people with a meal while poisoning others.  And poison there is.

The poison accompanying today’s refugee relief banquet is the Christian Establishment’s position on immigration into the United States.

The latest group to fall in line is the 16-million-member Southern Baptist Convention.   At their June 2016 Convention the SBC passed a resolution calling for Baptist Christians to embrace and aid refugees coming into the US, thereby joining other major American churches.

The natural Christian response is:  Good for them.

But there is a problem. A big problem.  Bad for them.  The problem, to my mind, is the call, sometimes explicit, sometimes implicit, to continue to allow a flood of immigration into the United States; much of it illegal, much of it Muslim.

The Biblical rhetoric supporting the consensus position is sweet-sounding, but wrong.

In January of this year Wheaton College hosted a conference with the totally hip designation GC2.  Sponsors and participants were a Who’s Who of Christianity today.  Their conclusion: more refugees please.

From the King James Bible, here is what Jesus commanded:

36 Master, which is the great commandment in the law?

38 This is the first and great commandment.

Thou shalt love thy neighbour as thyself.

18 And Jesus came and spake unto them, saying, All power is given unto me in heaven and in earth.

19 Go ye therefore, and teach all nations, baptizing them in the name of the Father, and of the Son, and of the Holy Ghost:

20 Teaching them to observe all things whatsoever I have commanded you: and, lo, I am with you always, even unto the end of the world.

So, “love thy neighbor as thyself” and “Go ye therefore, and teach all nations…”

I submit that in supporting Muslim immigration into the US, the GC2 sponsors and participants are fulfilling neither of the two GC’s.

The Great Commission begins with the word “Go,” not “Bring.”  And there is a reason for this.

Throughout the Old Testament, God is acutely aware of the danger of Israel being destroyed morally and spiritually by the God-hating peoples surrounding them.  They are warned repeatedly not to fraternize, not to intermingle, with these people, and in one case to obliterate them.  He knew Israel could be seduced and destroyed by paganism.  And it was.

What makes today’s Christian leaders think that this enfeebled “Christian” America will prove spiritually stronger than ancient Israel?  It will not.  They will not overwhelm Islam with Christian love by bringing Islam here, they will only destroy most of what is left of Christianity.  (See Europe)  Islam too is “evangelical” – with a vengeance.  Why today’s Christian leaders, whose bibles I do not have the credentials to carry, need to be reminded of this is a mystery.

“But by bringing in Muslim refugees at least we are loving our neighbors as ourselves.”

You have no excuse, no excuse, for not knowing this.  You do know this!  Shame on you.

It is clear that you know this.  Here is the CYA section of the SBC resolution:

RESOLVED:  That we call on the governing authorities to implement the strictest security measures possible in the refugee screening and selection process, guarding against anyone intent on doing harm

Short of a heartometer, the CYA cannot be done, and everyone knows it.  If the governing authorities were in reality “to implement the strictest security measures possible in the refugee…selection process,” they would ban Muslim immigration.  Period.  End of discussion.  But this is the opposite of what these Christian organizations are advocating.  Why?

One of the things I’ve learned over the years is that people can be even greedier than economists think they are.

In January 2001, President George Bush established the Office of Faith-Based and Community Initiatives, expanding a 1996 Clinton program.  This opened the door for Christian organizations to receive hundreds of millions of dollars annually from the federal government.  And they have been doing so ever since, at the expense of their beloved tax-paying neighbor.

For example, according to Time magazine (8/4/14), Baptist Child and Family Services received $190,707,505 in a single federal grant.  According to Breitbart News, World Relief (a major player at GC2) and four more Christian charities were among the top nine voluntary agencies receiving $1 billion a year in payments from the federal government as part of the U.S. Refugee Resettlement program.

With the rising tide of immigration into the United States, this is a growth industry.  The former economist in me says no wonder so many Christian organizations have been opposing, or waffling on, Donald Trump.  His proposed policy on Middle Eastern and southern border immigration will derail their gravy train.  Sorry, but there it is.

As Euripides almost said:  Those whom the feds would destroy, they first subsidize.

Just as happened with American higher education, these churches and their agencies have brought themselves under federal government control through budget dependency.  And they will be controlled; they will be neutralized.  They have been seduced.  They are compromised.  They have just enlisted in the cause of their own, and our, destruction.  This is not what Jesus commanded.