Wow, there really is a Christmas 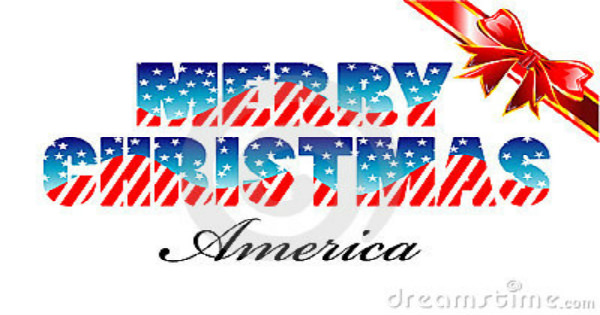 Tis the season to forget about politics, social realities, the haves and the haves not, and be remembered what this holiday season is all about. I don’t know if I am talking to bots or real people. I do know this is a season of love and a time to take care of each other.

The Christmas season comes every year. The older one gets the quicker they arrive and then disappear even faster. Younger people love this time of year because it brings colors, festivities, presents, and a kind of feelings that promote good will toward everyone. Older people have a tendency to become immune to these feelings because of the years they worked so hard to survive and the repetition of what they are told to feel. My wife and I fell into this Christmas season and were looking forward to the excitement of our daughter and her children. For, after all, this is whom Christmas is for.

A couple of days ago we were in our normal position of watching the cable news channels describing how awful things were and even more awful they will become. We watch all the channels so as to not become indoctrinated about what was real and what is not.

We were in what my wife calls our ‘comfy clothes’ lounging in our television room that is in our basement when the doorbell rang. Actually, we call this room the hole because we are totally isolated from what could be happening around us. We actually felt an earthquake a couple of years ago but because we were in the hole we dared not climb the stairs and thus observe the end of the world. We just continued to watch MSNBC.

My wife told me she was possibly expecting her sister to visit so it became necessary for me to get off my couch and climb the stairs that led me back to reality. It was like an old movie of my past memories. I opened the door and was enlightened to see about fifteen or so colorfully dressed people singing Christmas carols for the purpose of simply singing Christmas carols. This has never happened before, or at least in what times I can remember. To say I was shocked, surprised, and pleased would be an understatement.

I called my wife from the hole to take part in what I thought no longer existed. They sang beautifully and all had smiles on their faces. I wondered what I had done right in my life to be able to feel the feelings of joy I had at that particular time. My wife, being the wonderful person she is, deserved it but I, on the other hand, was blessed by something I did not deserve.

The first thing I asked these wonderful people was if they needed some water. Needed some water? That had to be one of my more foolish questions of my rather elongated life. I should have asked them if they needed some coffee or hot chocolate. I just knew I had to offer them something. They told me they needed nothing and continued to carol my home. At this time my wife joined me at the door and smiled with me because this literally made our Christmas season. We no longer concentrated on what we would buy or where we would go because we had the privilege of feeling what the season was supposed to mean. Personally, this was a feeling I long forgot existed.

They then did something I will be forever grateful for. They blessed my home and my family. Before this, I never could equate what a blessing was and I still can’t understand what it means but at this particular event of my life I actually understood its meaning. A woman then passed a bag of cookies to us at which time we took them. They never asked for donations or anything like that because all they wanted to do was share a belief that the Christmas Spirit actually existed.

At the end of their songs, they thanked my wife and I for being there. I thanked them for something I had no idea as to what it was. I found out they were from the York Street Baptist Church of which I passed hundreds of times seeing it but not understanding why it was there. On the card they gave us stated, “Give yourself and your family a heartwarming blessing this Christmas. “ I wish I had the capacity to give them back a card that stated, “Thank you.”