A Worried Trump Versus a Stupid Clinton in a Rigged Election? 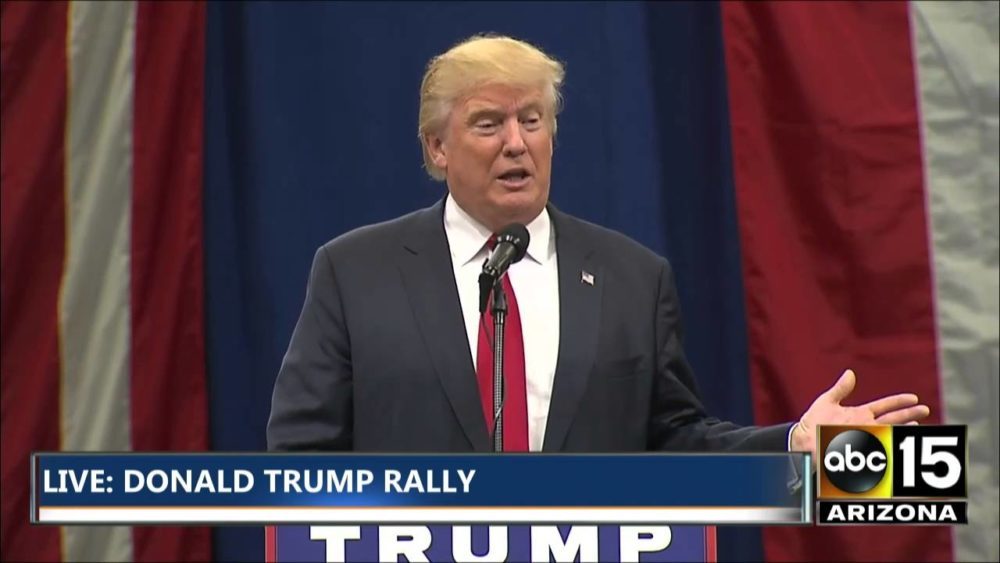 I’m no wide-eyed fan of Donald Trump. But on one thing, he’s dead right, namely that the upcoming presidential election is indeed “rigged”. Trump’s right; it’s wrong; so what?

The left-leaning mainstream media has championed Democrats since FDR was first elected in 1932, over eight decades ago. Trump knows this, but negotiator and media hound that he is, Trump risks sounding increasingly shrill in his efforts to make sure everyone knows it too. But Trump ought to act accordingly, get focused and chose his fights better.

In this context, how did we get to this latest and supposedly “big controversy” regarding Donald Trump? Trump, in a recent conversation with ABC’s so-called journalist George Stephanopoulos (who was a close advisor to the Clinton Administration and long-time “friend of Hillary”) posed questions about a slain U.S. Army Captain’s Muslim mother who, wearing a traditional hajib (head scarf), accompanied her husband to the stage at the Democrats’ convention where Dad ripped Trump. Mom did not speak. Thus, a reasonable question on the minds of many observers was bound to be: “Why is Mom on the dais if she’s not going to speak? Could it be that she’s a Muslim woman and isn’t permitted to speak?” Trump foolishly posed that possibility in a conversational sort of way, thus starting this latest controversy. Trump then fed the media beast by not leaving the story alone. None of this was smart of Trump — knowing that the mainstream media tirelessly seek to hang him for any supposed transgression against the “politically correct” rules that they establish and enforce. Thus was birthed and nursed a “big controversy” with little inherent meaning.

On the other hand, last weekend we witnessed Hillary Clinton in a TV interview with Chris Wallace speaking outright lies regarding what FBI Director James Comey said in recent weeks to both to Congress and to the American people. Comey stated unequivocally that Clinton behaved recklessly with classified State Department documents, that a number of those documents were marked as classified when she transmitted them via her home-brew email server and that any reasonable person in her role would have known that many other documents on the server were classified even if unmarked as such. Despite overwhelming evidence of wrongdoing and the FBI Director’s sworn testimony to that end, Clinton still disputes it all other than to say she wouldn’t do it again.

But let’s consider what her peculiar truth implies if it was somehow true. If we stipulate for sake of discussion that Hillary Clinton claims of innocence are true (which they are manifestly not) consider what that would mean. Former Secretary of State Hillary Clinton is, in essence, claiming she didn’t know that setting-up a private and poorly secured email server to communicate with staff and others was wrong, illegal or foolish. She claims that her attorneys deleting 33,000 “personal” emails from her server was somehow okay. She has also claimed repeatedly, sometimes under oath, that she didn’t email classified materials, despite what the FBI revealed and what Director Comey said in both Congressional testimony and directly to the American public. Amazingly, she made and still makes such claims despite Director Comey having made it crystal clear that any reasonable person wouldn’t have done what she did because a reasonable person would have known better.

Of course, nearly everyone who considers the email story fairly and in full knows Clinton is lying. So a fair question of the mainstream media is that shouldn’t Clinton’s lies be a major media focus? Isn’t dissecting the legacy of the lies of a proven-liar-presidential-candidate matter more important than Trump’s clumsy rhetorical, conversational question to a reporter? In a fair world, the answer would be obvious and yes. But it’s not a fair world and Trump needs to be smarter – otherwise we will find a proven liar setting up housekeeping in the White House in 2017. A person whose long public history suggests we should not believe anything she says.