Words May Wound but Islamists Will Kill 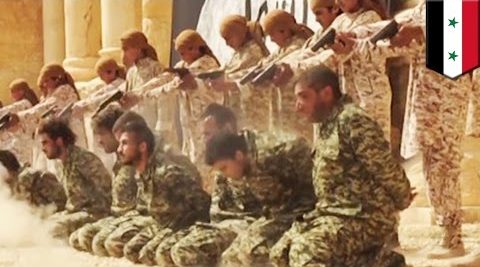 On his June 16th radio show, Mark Levin said, “I made a suggestion to the gay community. I said you better exercise your second amendment rights while you still can. What did I mean by that,” asked Levin. “What I meant was that you need to acquire weapons to defend yourselves, because you’re being targeted by the Islamo-nazis.”

That’s a good piece of advice, as Levin is known to give. However, his advice runs up against the perceived reality of a lot of today’s youth. This reality is that for today’s youth, from 20-somethings (maybe older), all the way down to elementary school children, the fight instinct has been beaten out of them (figuratively speaking) with the bat of political correctness – leaving only the flight instinct.

Along the same vein as Levin’s advice, I wrote a piece  the other day calling for more Americans, particularly millennials, to fight back, become sheepdogs and stop acting like sheep, so when the wolves come calling, as one did in Orlando, you can and will stand up and protect the innocent.

Sadly, far too many young men and women (and other) have been conditioned to hide or flee, rather than fight. Obviously the parents bear some of the blame, but our education system, such that it is, also bears a great deal.

Children are no longer taught about real threats – the kind that can and will “break your bones” and much worse. Instead, they are being brainwashed by leftist educators and advisors to fear words more than actions.

One shining example of this bass-ackwards thinking is on the campus of the University of Northern Colorado. Last year Katrina Rodriguez, Dean of Students and the Title IX Coordinator (the most harmful thing to hit college campuses since the introduction of co-ed dorms), ordered 680 signs to be hung in various places across campus.

One off the wall, politically correct poster after another was hung proclaiming things like: “Language matters because, whether it is intentional or not, the impact of words can reinforce oppression and feelings of discomfort, fear and shame.”

Rodriguez told HeatStreet.com  that, “The intent is to educate to foster civility—not to take punitive action,” and “We believe that fostering dialogue on a college campus so that multiple perspectives are explored and debated is the essence of free speech.”

Leftists are all about the precious “dialogue.” This way they can talk and talk, while achieving absolutely nothing. That’s not exactly accurate. They do achieve something quite important – the termination of “free speech.”

Another such poster is a rebuttal of the slogan, “All Lives Matter.” The poster reads” You are dismissing the Black Lives Matter [BLM] movement and the brutality impacting the Black community.”

You want brutality, coddled young black men?! Try being black in Africa, mercilessly slaughtered by Muslims just because you dare to exist! And look at the picture of the 49 killed in Orlando. Look – there’s a black guy – and a black girl – and another and another. Looks to me to be 12 out of the 49.

So pitiful have things gotten on the Northern Colorado campus that they’ve formed and implemented a rapid “Bias Response Team” (BRT). In March there was an incident on campus and the BRT was called into action.

It seems the BLM poster had been defaced. Across the poster was scrolled “All Lives Do Matter,” and “Free Speech Matters.” The BRT quickly removed and replaced it with another poster that read: “This was the site of a bias related behavior.”

If you are shaking your head in disbelief and disgust, join the club, but this is emblematic of the fragile nature of America’s youth.

If young skulls full of mush (attribution – Rush) are taught that there is nothing more evil than an offensive word or silly slogan, how will America’s youth ever be expected to fight back against actual evil – the kind that may say little or nothing while they actual brutalize and kill you?