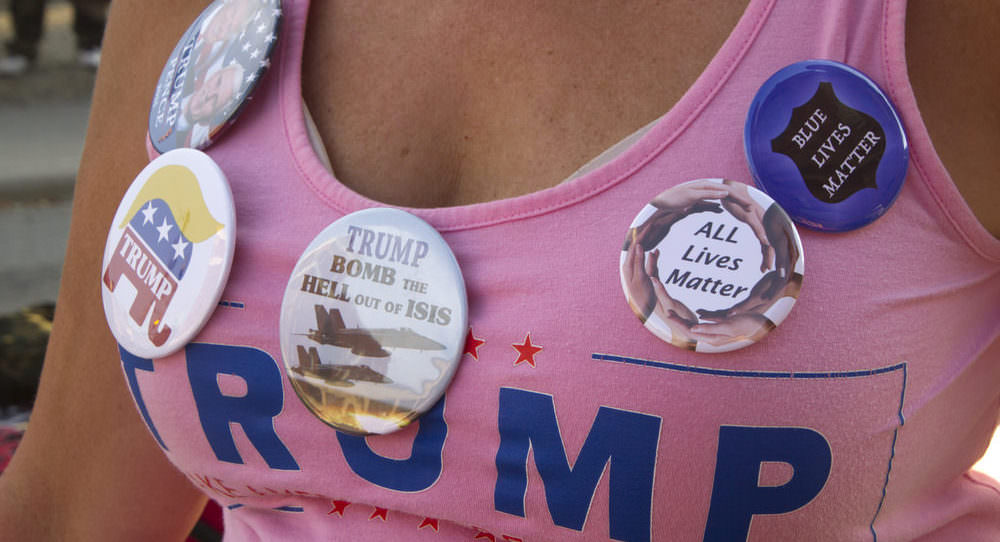 Hillary protected Bill Clinton in his sex scandals as an enabler or stand by your man to get to where she is today, a nominee for president. How many women would have put up with what she did? Donald Trump has been married three times and has made crude comments. People have to look beyond this moral question.

The Clintons have operated on the taxpayer dollar for almost all of their income, Trump has operated on his money and that of people who dealt with him by choice. What has Hillary done from her power positions in government?

Job creation by Trump will be for all, but women will gain the most.  With the new technology, finesse has become as important as strength. There could be more jobs or all types, both full and part time, as employer and employee. With new businesses the hourly or monthly income could be more fair as seniority and loyalty are less of an issue. Tax credits for child care will help families.

New jobs will be and have to be created, because brining jobs back is a great unknown. Trump can only push the environment and political force, the ideas have to come from the citizens. More jobs will have to be created if we take in more refugees and the illegals get to stay.

If a woman wants her business does not want to serve some customers for safety or religious, they should vote for Trump. They7 would be required to perform general customer service. Hopefully enough jobs would be created so religious values would not interfere. Contracts need to be honored and met.

The culture of women in the work force has changed. For many years, women went after an MRS degrees, then B.A, degrees, and a few B.S. degrees.  If still in school or returning to school, look at more B.S.  degrees. Help raise our education level so we need fewer guest workers.

Security knows no gender. Both men and women have been killed by terrorist,

One big issue for some women is guns. Women need to remember that gun laws will not stop knives and bombs, (Oklahoma City, Boston, Minnesota Mall). Guns are not for everyone, but let those who have not been convicted carry if they choose. The response time needs to be considered.  Guns are both defensive and offensive. Guns can be equalizers against size and brute force.

Trump would sign Kate’s law, and stop sanctuary cities. There is no way to separate transgender, from perverts, so he would try to stop free choice as to which bathroom or clothe changing area is used.

Uncontrolled illegals and refugees will over burden our schools. I don’t know exactly how many areas have enough people who want Sharia Law, but it could grow with more refugees. How many women want to be under Sharia Law?

Terrorist can be people who overstay their visas, refugees or children of refugees born in this country, home grown.

No one knows how much our national security was damaged by the private e-mail server. What was in the destroyed materials?

Justice needs reform. Women see what happens when there is no justice. Justice starts at the low level of law enforcement, and goes through the full court system, and administrative courts. No one should be above the law like Hillary Clinton.