Woke Progressives are a Tiny Minority 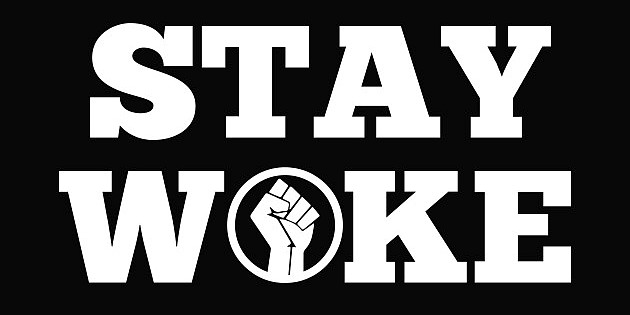 Last week the Atlantic.com, of all places, posted an article dispelling the myth that there is a fast-growing progressive movement on the rise in this country.

It’s called being “Woke.” For those unfamiliar, or otherwise have a life, being “woke” is like you figured it all out – that you, more than others, particularly those on the right, have your finger on the pulse of the nation. You’ve been awakened.

In fact, these “woke” Americans are the most clueless among us and willfully fall prey to every leftist claim and theory they stumble upon. Unfortunately, the same can be said of some on the right, who to trap themselves in a maze of conspiracy theories.

For the “woke,” the trap is political correctness.

The study the Atlantic cites is entitled, “Hidden Tribes: A Study of America’s Polarized Landscape.”

They write that “Among the general population, a full 80 percent believe that ‘political correctness is a problem in our country.’ Even young people are uncomfortable with it, including 74 percent of ages 24 to 29, and 79 percent under age 24. On this particular issue, the woke are in a clear minority across all ages.”

“As one 40-year-old American Indian in Oklahoma said in his focus group: ‘It seems like every day you wake up something has changed … Do you say, Jew? Or Jewish? Is it a black guy? African-American? … You are on your toes because you never know what to say. So political correctness in that sense is scary.’”

Yet to read, listen or watch reports on the subject, we’d think that political correctness is not only on the rise but has a firm grasp on most of us, especially millennials and younger.

And why is this? Well, it’s because of those who bring us the news, mostly with a leftist bent. Whether they admit it or not, most in the so-called mainstream media is part of the “woke” crowd. Most of the leftist media are no longer reporters, journalists, and newscasters. They are progressive activists. This is even truer regarding higher education – teachers, professors, etc.

And they add something which will surprise most of us – that, “progressive activists are the most racially homogeneous group in the country.” In other words, they are almost all guilty, white, relatively wealthy liberals. These are the ones who fall into the political correctness trap in order to assuage their own guilt.

Yet it is these wealthy progressive activists who feel guilty for being white and privileged. And why wouldn’t they?

As the study concludes, they are the ones who predominately hold postgraduate degrees – which means they’ve spent more time than most in the clutches of activist professors, having their heads filled with politically correct nonsense. And we know, for the most part, the more time spent in academia, the more radical one becomes.