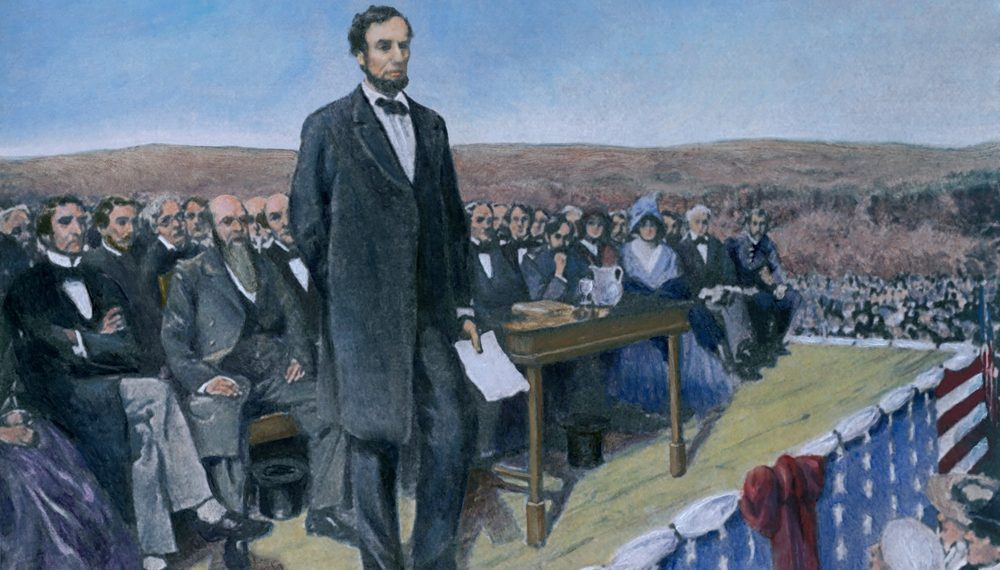 Worse, the morons running the library seem to have collapsed after only ONE person whined about it.

The news came from Cornell biology professor Randy Wayne who discovered that the library had eliminated its bust of Civil War era President Abraham Lincoln and a display of the Gettysburg Address.

“It’s been there since I can remember,” he told The College Fix.

He asked the librarians about it, and they had no details to provide, except to say it was removed after some sort of complaint, he said. It’s been replaced with, “well, nothing,” Wayne said. The walls are white, according to photos Wayne took for The Fix.

The bust and plaque had been on display in the library since at least 2013.

“I am wondering if you are aware that the bust of Abraham Lincoln purchased by Ezra Cornell and the bronze plaque of the Gettysburg Address that was beside it has been removed from the RMC in Kroch Library and replaced with nothing. If you are aware, can you tell me why? Thanks.”

Pollack has not responded to him, the professor told The Fix.

The president’s office and Cornell media affairs has also not responded to repeated emailed requests over the last week from The College Fix, as well as a phone call Monday, regarding the whereabouts of the Gettysburg Address plaque and Lincoln bust, and why they were removed.

Once again, we see a hardcore, left-wing “university” doing its level best to destroy American history.

We need to take away all taxpayer funding from these anti-American “schools.”