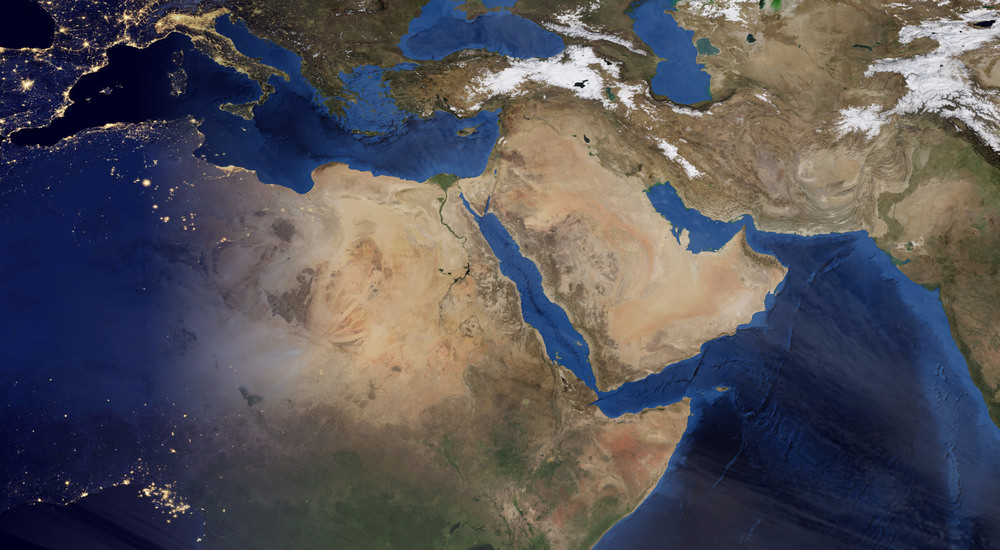 The missile attack was retaliation for a chemical attack launched by Assad on the Syrian people. As the Assad air strike originated from Shayrat Air Base in Assad controlled Homs Province, this was the logical target for the Trump Cruise Missile attack.

This naturally led to a worldwide mental melt down and conjectures that this is the first official volley of World War III. And who knows – it may be. But I wouldn’t be too quick to jump to that conclusion.

There are some real bad actors in this conflict and I’m not sure which is worse – Bashar al-Assad or Vladimir Putin. On the surface Assad would seem to be the personification of evil, and he indeed is, but we know he won’t lift a finger without first checking with the Godfather, Putin. Personally, I think this was Putin’s doing.

For the last eight years, old Vlad has basically had the run of the globe, to go anywhere and do anything he wishes without fear of reprisal from Commander Lead-from-Behind, Obama.

Now there is a new sheriff in town and like all bullies, Vlad I’m sure feels he must test the mettle of the Commander in Chief. And what better way to test the true resolve of Trump in the Middle East than a horrific attack. That, and of course, Putin is hell-bent on acquiring the oil from the Middle East – which is why he is puppet-master of both Syria and Iran.

In his book, “The America We Deserve,” published in 2000, Trump wrote:

“My rules of engagement are pretty simple. If we are going to intervene in a conflict it had better pose a direct threat to our interest- one definition of ‘direct’ being a threat so obvious that most Americans will know where the hot spot is on the globe and will quickly understand why we are getting involved. The threat should be so direct that our leaders, including our president, should be able to make the case clearly and concisely…  At the same time, we must not get involved in a long-festering conflict for humanitarian reasons. If that’s our standard, we should have troops stationed all over Africa, and much of Asia as well.”

Well said Mr. President. I agree wholeheartedly, as would the Founders.

All that said, is it possible for the U.S. to limit our involvement to retaliatory strikes against either side that strays from using conventional weapons? In other words, can we confine our role to one of referee?

Is this even possible? And if not, will we by default, pick sides? If we pick sides – whose side do we choose? To most this appears obvious. Duh – of course we choose the side opposing Assad and Putin. And we legitimize this rather obvious choice with flowery phrases such as every person has the right to freedom from oppression and self-determination.

Most would say that indeed it is obvious – we’re either on one side or the other. But it isn’t that obvious. In a normal – non-Middle Eastern conflict, there are but two sides. However, as we’ve found previously, in Middle East conflicts there ends up being a triangle of hate, for want of a better term. One side of the triangle is the Dictator. Another side is the people being oppressed, wanting freedom from said Dictator. The third side, which we have discovered is always there, either from the beginning, or arriving later in the conflict, is terrorist factions.

And this is the dilemma of the Middle East. By opposing the current Dictator, we are said to remain on the side of good. Yet as we discovered in Iraq, Libya and temporarily in Egypt, the “side of good” isn’t always good – or at the very least, does not have the strength to stand up for good and self-determination.

Therefore, the two points of the triangle, where good meets terrorist, begin to blur or commingle. This commingling has historically ended the same way – badly for the good guys.

The “good” guys, rebels, or however we wish to classify them, are oppressed for a reason. They have not had the strength, will and means to fight back against the Dictator, and as such, are forced into oppression. Logic would then dictate that these “good” but oppressed people also have not the strength to dominate the incoming terrorist faction(s).

Knowing this, the terrorists infiltrate the ranks of the good guys, fight along side them (and us) until the Dictator is deposed. When we are satisfied that our mission is complete, and heaven only knows what that is, we leave, allowing a now well known vacuum of power to form, which the terrorists fill immediately after our exit.

My hope is that America will stay at arms length and stay out of this conflict, as there will be no happy ending in Syria. And no matter which way this turns out, we CANNOT be involved in another quest down the black hole of regime change.