Will All the Real Conservatives Please Stand Up!? 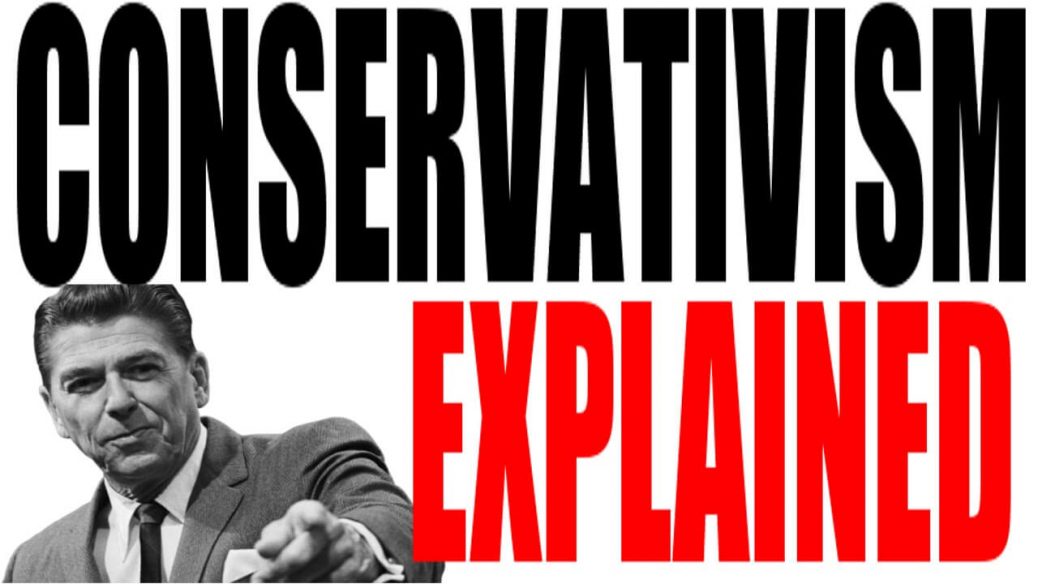 Every primary for POTUS brings with it the almost universal cry from those who align themselves with the Republican side of the political party of America’s owners … ‘We want a conservative in office’, as well as ‘This one or that one is not conservative or conservative enough’.

On the rare occasions that people actually do pay attention to who is campaigning for election to the Senate or House of Representatives we can even occasionally read and hear the same statements.

People pay attention to the speeches spewed out by the contenders for political office to see who actually makes the best conservative sounding speeches. They then cast their votes based on nothing at all more than those nice sounding conservative speeches, then continually whine and complain afterwards because those they cast their votes for turned out to be nothing like what their speeches portrayed them to be. And the whining and complaining continues until the next election cycle, when those same mistakes made by the voters will be re-elected because they made even more nice sounding conservative speeches.

This country has not had an actual conservative President since Dwight D. Eisenhower. And although he did a lot of good for this country as POTUS, such as being responsible for the construction of all interstate highways that would actually connect every state with every other state in this country, he was frowned upon because he was anti-socialism and under Franklin D. Roosevelt this nation had begun its downward spiral into socialism.

It was a socialism that was packaged and presented in a way that the populace not only accepted, but actually liked. Americans were far too stupid to realize that the creation of social security was actually intended from its very conception to be nothing more than a foot in the door to allow the transformation of America into a completely socialist state, thus causing its complete financial collapse and final conversion into a totalitarian state. However … IF it would have been left alone to function on its own, social security actually could have worked successfully. BUT it was money that was just sitting there that government could not resist STEALING, and consequently, to this date government has STOLEN MORE THAN TWO AND A HALF TRILLION DOLLARS from it and changed its status from being that of an earned entitlement to its contributors, to being a so-called “government granted benefit”.

Because many Americans liked the idea of conservatism, but also liked the idea of socialism after the creation of social security, a new classification was adopted for those who liked both ideologies and that was to label them social conservatives – a classification that has continued from that point on and has seen that particular group increase substantially in size to the point where it now comprises the majority of the republican side of the party. In fact it might as well be admitted that social conservatism is now the primary political stance for the republican side of the party with actual conservatism being left further and further behind. Now a political “score card” for conservatism is based on the new conservatism.

There was a time when conservatism stood for small government and less federal intrusion on states’ and individuals’ rights.

There was a time when conservatism stood for fiscal responsibility.

For literally generations now BOTH sides of the political party of America’s owners have gone on an uncontrolled spending spree, creating more and more social programs requiring vast amounts of money that the government didn’t have and had no way to generate other than to borrow it and place the burden of repayment for their uncontrolled spending upon the American citizens through ever increasing taxation.

Now government has added financially rewarding criminal invaders of this country with more benefits than even the American citizens themselves can receive and naturally has borrowed more and more money to fund those financial rewards to the invaders, and as always placed the burden of repayment upon the legal citizens of this nation.

There was a time when conservatism stood for protecting the American people.

Now BOTH sides of the political party of America’s owners have worked in unison to keep our southern border open and for the most part unprotected, allowing MILLIONS upon MILLIONS of invaders to just enter this country at will. And once the invaders are here and receiving taxpayer-funded benefits, voter elected politicians from BOTH sides of the party claim the invaders have a “right” to be here.

Now BOTH sides of the political party of America’s owners are forcing upon the populace literally hundreds of thousands of muslim so-called “refugees” without first vetting them to see how many of those “refugees” are actually muslim terrorists – ALL of which is in violation of an actual law passed by Congress decades ago that justifiably prohibited muslims from immigrating to this country because they are not a religion, but rather a political theocracy determined to conquer the entire world by any and all means necessary (A theocracy whose ideology is in complete opposition to America’s constitution). Thus, they were to be considered a threat to a country founded on freedom.

ALL of the above and even more that can be attributed to the original ideology of ‘conservatism’, no longer exists on any level of government in America today. Even the sworn oath to uphold and defend the constitution of this nation means nothing to any and all who are in the political structures in America today. To any and all politicians that oath is merely a set of ceremonial words they need to say when being placed into political office. Most in political office today do not even know what is in the original constitution, and they have no need to learn what is in it because they do not follow it. What they do follow is the new constitution which is also called constitutional law. A book consisting of thousands of pages of twists and turns away from the original well-structured constitution upon which this nation and its government was founded.

Those aligned with the Republican side of the party have been saying they want conservatives in office with every election after election for generation after generation. And there has been several times over the past generations that the Republican side of the party has had majority control of Congress and a couple of times they have had control of both Congress AND the executive branch. The people voted for those who “claimed” to be “conservatives. And they voted to re-elect them as well. So WHERE are those “conservatives” they placed in office based purely on those nice conservative sounding speeches?

So WHERE is the smaller government they continually claim they wanted and cast their votes to get?

WHERE are all those cuts to and elimination of totally wasteful spending and where is the balanced budget that is needed to show at least that what is going out only equals what is coming in through taxation? WHERE have individual rights as listed in the original constitution been protected?

WHERE has government overreach been stopped?

MAYBE … JUST MAYBE it’s finally time for people to realize and accept that there are no conservatives in government. Not anymore. And there haven’t been for a very long time. That as always they are continually manipulated by speeches and nothing more.

And THIS is the year to finally come to that realization. For the first time in the hundred plus years that America, along with its government have been under private ownership and control, there is actually an outsider running in the Republican side of the party who the party owners, along with their media and supported by their subservient party loyalists DO NOT want as a contender for the position of POTUS in their party. And not only is he there, but he has garnered the support of the majority of those who align themselves with the Republican side. He has become the only revolution against an openly corrupt government that Americans will ever have the courage to undertake. He ‘IS’ their revolution.

But many on the Republican side claim he is not “conservative’ or “conservative enough” for their liking. However … the man never said he was a conservative. So his opposition try to claim he is then a liberal. He is not a liberal either. He doesn’t fall conveniently into any political label category because he is not a career politician needing to pretend he is what he is not. He’s not looking to hit the political financial lottery by seeking the office he is seeking. There is no need for him to sell out his country to special interests or even foreign interests because he is already extremely wealthy and could never even spend all that he has already acquired.

No, he is not a conservative or a liberal. He’s just the very first well-experienced businessman to ever seek the office of POTUS. Someone who actually KNOWS how to run a major operation. And America most definitely IS a very major operation. And in addition to that, because of his already extensive wealth he cannot be bribed, owned or controlled by America’s owners.

And THAT is quite probably exactly what this country needs instead of career politicians wearing the phony label of the day in order to get elected by those who base their votes purely on nice sounding speeches.

WHERE is the “conservative” House of Representatives and the “conservative” Senate that you once again placed in majority control of your masters’ privately-owned and controlled Congress to undo all of the damage to this nation that NOT JUST the Democrat side of your masters political party, but BOTH SIDES have done over the past few decades, and especially over the past seven and a half years?

It seems more that those “conservatives” that you elected based purely on their speeches, have actually upheld all the damage and even enabled MORE to be done.

Logic would seem to dictate that not only SHOULD this outsider be placed in the office of POTUS, but the voters should actually assist him in taking their country back away from its present owners by placing ONLY INDEPENDENTS into all seats up for election this November. Because doing something like THAT would amount to the people collectively making one last attempt at restoring this nation’s government to one that is representative OF THE PEOPLE themselves. Because it would be put in place BY THE PEOPLE themselves, and for the first time in over a century actually functioning FOR the best interests of the people themselves. But that second part may be too logical for the majority of voters to comprehend.