Will President Trump Investigate Cause of California Fires? 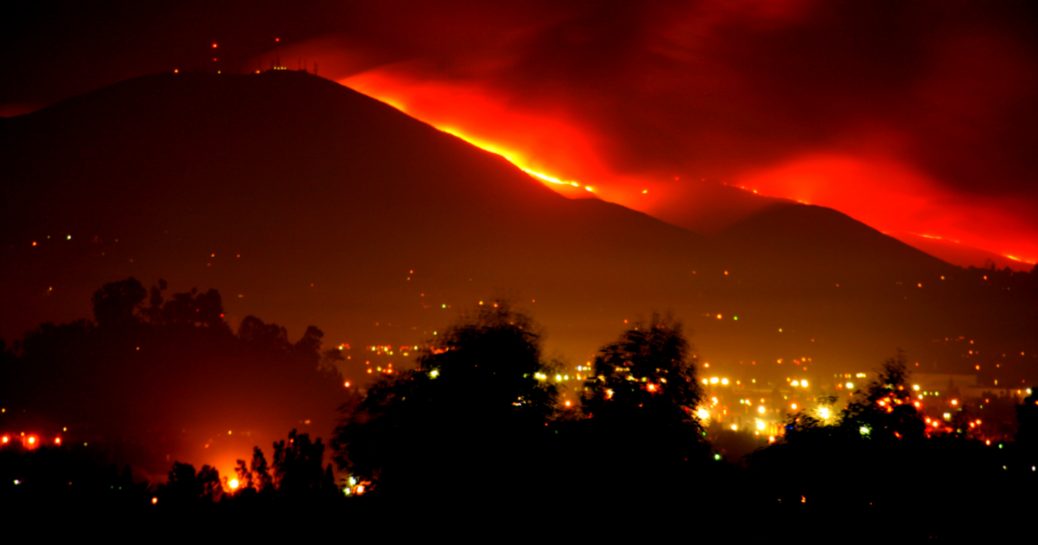 Was this unparalleled California fire devastation merely due to high temperatures and strong winds? Or were these merely the pretense and smokescreen for a Deep State cause?

Once these amoral often-foreign investors hedge their bets with “weather derivatives,” HAARP fulfills the order with ELF waves into the US jetstream, embellished by Shell chemtrail mixtures. Drought or flood or fire occurs and the profiteers collect their weather derivatives.

Clearly, America could be destroyed from infrastructure problems alone. The NWO is well aware of this and profiteers while incrementally destroying nationalism. But it doesn’t stop there. Soros’ realty fronts then go in and buy up destroyed property, cheaply, to resell at 16% profit, usually to foreign investors to further destroy sovereignty.

President Trump needs to do a full investigation of the Chicago Mercantile Exchange to see who profited from this epic American destruction. But that is only the start. HAARP needs to be investigated as do the Shell chemtrail mixtures, to be sprayed through nanotubing over California.

President Trump also needs to investigate the vested interests of Agenda 21 in California destruction. Only weeks ago, laser from the night sky was caught on video, over California. A subsequent investigation revealed the laser neatly destroyed, by fire, areas targeted for Agenda 21 morphing.

The President must also investigate who has been giving the behind-the-scenes warnings for multi-national corporate offices to be relocated to Orem, Utah.

The ultimate goal of the NWO is to apportion the western US as a Chinese region. As a priority security measure, all 650 COSCO (Chinese Overseas Shipping Company) ships should not be allowed into Long Beach. Should the Soros realty fronts be given the open door for selling destroyed California property for 16% profit, the Chinese regionalism for an NWO America will be imminent.

These fires are devouring the state, reducing everything to rubble and ash! Wait a minute. It is a Saul Alinsky goal to “reduce all to rubble” and rebuild with a new socialist order. Hillary and Obama are tireless Saul Alinsky disciples. Alinsky would be well pleased with California “reduced to rubble and ash.” And Obama is intimate with the Chicago Mercantile Exchange “weather derivative” profiteering, to destroy American infrastructure through weaponized weather.